Should you teach your infant multiple languages? Read on for some insight from Linthicum Heights, MD tutor Tirina S...

Early childhood represents a period of time when growth and development happen at an extremely rapid pace. From infancy to about the age of two, there is no other stage of development when the brain has the greatest capacity to acquire and retain information, which includes learning a second language. Research has confirmed that the best time to introduce a new language is during this early stage of development. Learning a new language is important for babies because it is during this time of development that the child is most capable of achieving natural fluency; it helps to strengthen proficiency in their first language and it has been found to positively effect intelligence.

There are three main reasons why learning a second language is important for babies:

1) It is the best time to achieve natural fluency.

During the “baby stage,” a child’s mind is like a sponge. Babies are extremely perceptive about things and the people around them. This is easy to see as babies quickly recognize and identify the difference between mommy (or their primary caregiver) and other family members. They are able to receive information easily and learning is effortless. When it comes to languages, babies are able to distinguish even the slightest inflections of tone that exist between words. As we get older, learning a second language is more challenging, because our brains are not as perceptive when it comes to hearing different sound inflections. Some adults find it impossible to learn a new language. So the earlier a new language is introduced, the more naturally fluent the speaking will be.

2) Learning a new language helps to strengthen a baby’s proficiency of his or her“mother tongue.”

The term “mother tongue” is just that — the language of the mother. This term comes into play when a child is born to parents who speak different first languages. While teaching in Thailand as a preschool teacher and ESL coordinator, I was often asked by my bilingual parents, “Will our two-year-old become confused if we speak a different language in the household?” My definitive answer was, “No, the more the merrier.”

In class I taught in English, but I always encouraged the parents to teach their native languages to their children. I had one toddler who didn’t speak any recognizable language — just jibber-jabber. His mother was concerned that his speech development was late, possibly due to language confusion. As she explained to me, he hears English in class, is spoken to in Thai by his family, and loves watching Japanese cartoons. I assured this worried mom that soon all the pieces would fall in their proper place. And sure enough, within a few months, he was speaking clearly and understanding everyone who spoke to him.

Early on in the language development, a child exposed to different languages may mix them when speaking. But as the child’s language begins to develop, he or she will easily sort out the differences. As vocabulary, tones, and meanings are sorted, his or her understanding of the “mother tongue” is enhanced.

Learning languages stimulates the brain and causes it to work more effectively. There has been extensive research done on the subject of language learning and early childhood development. Studies have shown that children who learned multiple languages during their early stages of development tended to achieve higher marks in other academic areas like reading and mathematics. Learning a new language as a baby will greatly affect their academic abilities and overall intelligence.

There are many products on the market geared toward language learning for babies in the form of musical CDs and videos. Exposure to a new language is most effective the earlier that it is introduced. If you are a bilingual parent, speak to your baby in both languages. He or she may seem confused in the beginning, but when it is all said and done, your child will acquire great fluency and get a boost in his or her intelligence.

Is your child older, and can handle more one-on-one guidance in lessons? Find a language tutor in your area here! 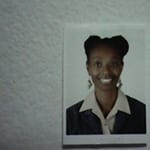 Tirina S. teaches ESL in Linthicum Heights, MD.  She received her Bachelor of Arts degree in Psychology with an emphasis in Early Childhood Psychology. Tirina spent the past seven years living in Thailand teaching the English language to Thai students. Learn more about Tirina S. here!

What Does it Take to Become a Music Therapist?

How Hard is the GMAT, Really?
Scroll to top