If you’re itching to learn belly dancing, you may be wondering where to start. Here, teacher Morwenna A. explains the differences in belly dancing styles:

What is belly dancing? This article will help cut through the hype. You will be able to make an intelligent choice of classes to take.

To begin, you may be wondering what constitutes belly dance. I believe it falls in three main categories, like a coin with two sides and a rim:

Side 1: This might be a dancer that dances in a restaurant or club that offers entertainment for the guests. In restaurants one often works with live music and the dance is improvised. Variations include theater and house parties. Theater work would be choreographed though.

Side 2: This style includes the various folklore dances of different countries. These are taken from the dances of the people then staged for a stage presentation in any venue that you feel is adequate for doing a show.

Side 3:  The rim of the coin is where I place line dancing like the Debke of Lebanon or Greek line dancing. Here it is the social dance of the people, but solo dancing can fall here also. When choreographed and used in a show it becomes entertainment and then moves into Side 2.

Next, you’ll need to understand the different types of belly dancing. It is all about knowing what to look for. Belly dancing comes in all sorts of shapes and sizes. Below you will find a synopsis of the most popular styles of belly dancing. A word first about the term “belly dance” – we use it here as what it is commonly known here in the USA. In the rest of the world, however, it is known by other names. “Belly dance” is not what I call it myself or what I offer in my studio. I call it “Arabic Style Dance.”  My preference only! To me, belly dance has a derogatory sound to it. It is an art like any other!

All of the styles offered today shouldn’t necessarily be called belly dancing, but I have included them because they are out there. Ones that are not included, like burlesque and pole dancing, are left off on purpose. They have nothing to do with belly dancing at all.  Most of the styles listed at least relate to the dance in some way. I believe what we do is fusion of one style or another, as we do not know the direct history of the dance.

BELLY DANCE – a collective name for Middle Eastern dance style that is done socially or as a solo performance. There are several variations of such that fall under this heading. The name is a misnomer and was named to create an audience when the word “belly” was not used in polite company.

MIDDLE EASTERN DANCE – the dance style taught or presented that is generally accepted by Middle Eastern countries and the people. You would primarily see this style if you visited most of these countries, as they all do a variation of this style. This includes both the classical and folklore dances of the Middle East.

NEAR EASTERN DANCE – a dance style that sticks closer to the roots of the Eastern Mediterranean countries. This style includes both classical and folklore styles.

ARABIC STYLE DANCE – this style gives you a wider scope of all Arabic speaking countries and again includes both classical dance and folklore styles.

EGYPTIAN STYLE – a variety of styles put under one heading that is inspired by dancers in Egypt, which Americans emulate. Style depends on which Egyptian one emulates.

LEBANESE STYLE – a style that is the most commonly accepted and recognized as that from the Eastern Arabic countries.

BELEDI STYLE – the style danced by the folk at parties and gatherings. Beledi means “country” in Arabic. Each country has its own style. Remember, belly dancing is the social dance of the Middle East. Everyone does it!

ORIENTAL DANCE – this refers to the dance of the Orient or East. The common areas it involves are the countries of the Near and Middle East, not the Far East. It is often referred to as the classical dance of the East to sound more sophisticated.

RAKS SHARKI/SHARQI  – this means “dance of the East,”  which is another name for belly dance.

AMERICAN CABARET  – a style that is done strictly by Americans. The attempt is to be Middle Eastern. Sometimes it works, but most of the time it doesn’t. Two-piece belly dancing costumes are in vogue.

FUSION STYLE – a mixture of styles and countries, commonly called CONFUSION in the business. True fusion comes from creating within a true form.

GODDESS STYLE – an American style that adds spirituality in the form of Sacred and Liturgical dance, using modern or belly dance movements. This style is performed by women and uses dance as a religious expression. This has nothing to do with the religious rituals from the Middle East.

AMERICAN TRIBAL STYLE – performed by women with similar movements in a mishmash of styles. This started in California with costuming from a multitude of Eastern countries. It has little or nothing to do with the Middle East.

Dance classes are offered in many different settings. You need to find the right teacher for you and what you are looking for. There are many different types of settings for teaching dance, whether you want to learn belly dancing or another style. There are also many different varieties of levels. An Introductory class at one place might be a Beginner class elsewhere. Each division has different level, at least Beginner, Intermediate and Advanced.

So, are you ready to learn belly dancing? Do not miss the opportunity now that you know a little more about this style of dance. It is now time to jump in and take some classes. Enjoy this interesting dance form, the music, the rhythms, and the culture behind it. Enjoy this fascinating and interesting journey into other lands. Take the plunge and sign up now! 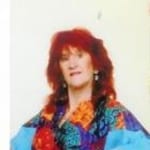 Morwenna A. teaches belly dancing, choreography, and stage performance in Oceanside, CA, with belly dancing as her specialty. After spending 40 odd years in the business, being married into the culture for almost as long, she has a great feeling for the people, the dance and you. Teaching is her passion and the sharing of information with you. Learn more about Morwenna and book lessons here!

One thought on “Introduction to Belly Dancing Styles: How to Find the Right Classes For You”