Every language has certain expressions that have deeper meanings. When you’re taking Korean lessons, it can be fun to learn these Korean expressions. Here, Paradise Valley, AZ teacher Hannah V. teaches you 10 Korean idioms…

Idioms are both puzzling and interesting, and sometimes even profound. Read on to find out the true meaning behind 10 well-known Korean idioms.

This Korean phrase means that someone or something is super fast. If someone can run like an arrow, he or she must be really fast!

바람: Wind, 을: Particle for the object, 맞다 Run into / get / get beaten up. 비맞다 Means “get rained on”

Despite the literal translation, this phrase actually means to get stood up (usually on a date).

Note: 새끼 is used for animals’ offspring, so be careful not to use this word if you’re referring to a human baby.

Most parents can probably relate to the true meaning of this Korean idiom: Every parent thinks his or her baby is pretty.

This phrase refers to something that you want but can’t have, usually because you can’t afford it.

시작: Initiative, 이: Particle for the subject, 반이다: Half

The literal translation for this Korean idiom is pretty close to the real meaning: When you want to accomplish something, taking the initiative is a big step.

This Korean expression means that the subject is extremely busy (hence he doesn’t have time to open his eyes and nose).

바가지: A Korean bowl  쓰다: Put (something) on (head or face)

Note: 쓰다  is only used for clothing that goes on one’s head or face (like a hat or mask).

This phrase actually means to get cheated on a price, to get ripped off, or pay for an overpriced item.

This Korean idiom essentially means your birthday (when you were born, you were pushed out of your mother’s womb, including your ears).

This expression refers to someone from a small town with an ordinary background, who has had great success. In Korea, 용 has a positive meaning. When it’s used to refer to a person, it implies that he or she is extremely successful.

This expression refers to someone who tries to do everything by himself. It has a negative connotation because it implies that that he or she doesn’t care about other peoples’ opinions. It’s difficult to imagine someone actually playing both instruments at the same time because you would need more than two hands.

If someone tries to do this, he or she must like to work alone.

Do any of these Korean idioms remind you of expressions you’ve heard in English? Share them in the comments below. 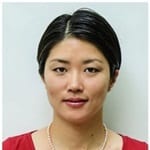 Post Author:
Hannah V.
Hannah is a Korean instructor in Paradise Valley, AZ. A native Korean speaker, she also holds a Master’s degree from the University of Texas in Austin. Learn more about Hannah here!

One thought on “Words of Wisdom: 10 Well-Known Korean Idioms”