The Japanese music culture is rich with beautiful melodies and lyrics. Elements such as nature and nostalgia are often explored with traditional Japanese music (known as hōgaku), and Japan’s artists have brought this refined musical aesthetic to virtually every other genre.

Soothing Japanese songs have become a favorite for listeners around the globe, and those looking to learn the language can use these tunes to pick up vocabulary and expressive phrases.

In doing so, you’ll also come to more deeply appreciate the rich culture and history of Japan. Of course, working with a qualified Japanese language teacher never hurt either!

Japan’s culture is a fusion of traditional and modern. This is especially evident in the music scene, which includes a vast array of artists who perform everything from J-Pop, J-Punk, and jazzy hip hop beats to sad Japanese folk songs on traditional instruments such as the koto.

We’ve brought together some examples of the top Japanese songs of all time so you can discover your new favorite in the genre!

What is Japan’s Most Popular Song? 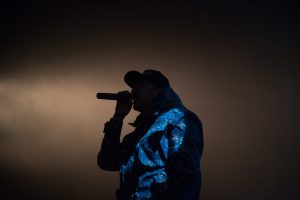 Japan has had its fair share of talented artists and popular songs. The best-selling single is “Oyoge! Taiyake-kun” by Masato Shimon.

Other famous Japanese songs that made it big include:

You might be wondering, “what is the most popular Japanese song on TikTok?” With TikTok playing a major role in how music now becomes famous, that’s a great question to ask. Here’s a video with the answer to that question:

10 Most Famous Japanese Songs of All Time 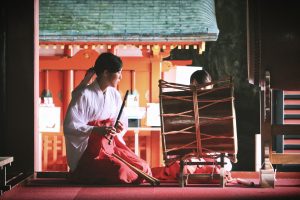 Looking for some famous Japanese songs to add to your Spotify playlists? Look no further than these top Japanese hits.

“Letter: Greetings to a 15 Year Old” was written and performed by Angela Aki. The lyrics are instructions to a 15-year-old on how to appreciate and make the most of life.

This Japanese song urges the teenager to believe in herself during hard times. It tells her that, since there’s no point in running away from sorrow, she should smile and live in the present.

The final lyric, Shiawase na koto wo negaimasu, means “I wish you happiness.”

“Snow Flower” by Mika Nakashima is one of the top karaoke songs in Japan  and has been remade by many artists around the globe.

The lyrics of this Japanese song are quite sentimental as they describe how one might feel watching the first snowfall with a loved one.

The lyrics in Kyoko Takada’s calming ballad are about being gracious over a lost love. The song reflects the Japanese aesthetic of yugen, which expresses that life is boring when everything is known.

Loosely translated as “mysterious,” this Japanese song implies that some things should be held back.

This famous enka song (an emotional, and at times sad, Japanese folk song style) has been performed by many artists, with Hibari Misora’s version being the most famous.

The song tells of a girl from Tsugaru who experiences a sad farewell on an evening when apple blossoms fell. It’s later revealed that the goodbye was with her mother, and this is the reason for the girl’s melancholy every year when the blossoms drop.

Many famous Japanese songs reflect shibui (subtleness), and this is a great example.

The lyrics to this popular kindergarten song were written by Ujō Noguchi, one of Japan’s preeminent nursery rhyme authors. The melody was composed by Nagayo Motoori. Its simple lyrics are translated:

“Mother crow, why do you cry so?
‘Because I have seven cute children
high on the mountain.’

You should behold the old nest
on the mountain. And there you’ll see such
round-eyed, good children.”

This song by Pink Lady is a catchy hit that was released in 1979. It became the band’s most successful hit around the world yet never fell within the top 10 in the native homeland of Japan. It combines the lovely, bubbly vocals of Mie (Mitsuyo Nemoto) and Kei (Keiko Matsuda).

An absolute legacy, this instrumental song by Ryuichi Sakamota was featured in the David Bowie movie Merry Christmas Mr. Lawrece.”

This song was written out of frustration during a failed student protest against the American military presence in Japan. Released in America in 1963, it became the first track by an Asian artist to top the Billboard Top 100 here.

Now, it’s widely regarded as one of the most famous Japanese songs in America. It’s been covered or sampled by several modern artists today, including Snoop Dogg and Avicii.

9. “Battle Without Honor or Humanity”

This famous Japanese song was originally written for the yakuza film New Battles Without Honor and Humanity in 2000. However, the signature instrumental track became even more famous when it was used in Kill Bill Vol 1 several years later. Because of this, it is one of the most famous Japanese songs in America.

This song’s title translates to “Flowers For Your Heart” and was released by Shoukicki Kina and Champloose. It was originally featured on the 28-minute LP Blood Line, which is considered one of the most famous records in the history of Okinawan music.

There are some classic tunes on the piano that Japan is known for, too.

Some of the most famous Japanese piano songs include:

What is the Most Popular Karaoke Song in Japan? 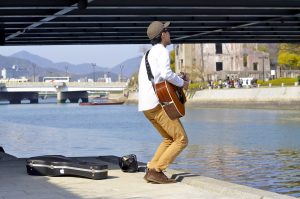 Japan, like most other countries, loves its karaoke music! Some of the most popular karaoke songs in Japan include:

Did you know the Japanese word for music, ongaku, is a combination of the words for “sound” and “enjoyment”? It’s easy to discover how enjoyable this music can be. Add these tunes to your own playlist to broaden your musical horizons and find a new way to love Japanese songs. Musicians from Japan continue to push the envelope and reinvent these famous melodies, so keep an ear out for new versions of these classics. 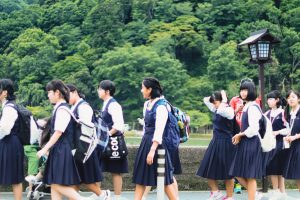 If you want to appreciate these soothing Japanese songs in an even deeper way, Japanese language lessons can help. Aside from total immersion, private lessons are the best way to sharpen your understanding of spoken Japanese, along with the written forms of hiragana, katakana, and kanji. Your teacher may even be able to help you sing some of these top Japanese songs of all time!

It’s no secret that learning a language is easier when there’s a fun song to sing.

One of the best parts of learning Japanese is discovering the shows, movies, and songs of Japan, some of which may have inspired you to learn the language in the first place. The more you listen and sing along to Japanese music, the better your language comprehension will become!

We hope you’ve enjoyed singing along to these beautiful lyrics and melodies. Do you have another favorite Japanese song you’d like to add to the list? Let us know in the comments!