After learning some basic greetings in Spanish, one of the most important categories to learn next are parts of speech in Spanish. This is a definite must before going into verb conjugation in my opinion.

You’ve probably heard your Spanish teacher use terms such as sustantivo (noun), verbo (verb), and artículo (article) in class, but what do they mean?

What you’ll learn today, is being able to identify these terms. We will go over the 9 parts of speech in Spanish. Understanding how to use these terms can even help you learn how to converse in Spanish faster!

What is a “Part of Speech”?

We all can agree there are thousands of words that exist in English and Spanish. Parts of speech exist to help categorize and identify a different kind of words.

Parts of speech are one of the most essential Spanish grammar rules for beginners. So grab your notebook to take notes and learn these nine categories! 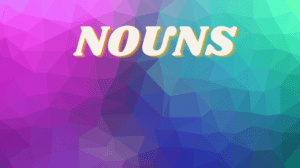 A noun is a person, place, thing, or idea. Usually, nouns will be the subject of a sentence. For example,

The computer is expensive.

Here “computer” is the noun because it is the “thing” in this sentence. And It also happens to be the subject.

In Spanish, the noun is called ” el sustantivo” and it works the same way as it does in English except for one major difference: gender. In Spanish nouns are actually classified as either “masculine” or “feminine.” The best way to identify if a word is masculine is by looking at the articles. We will talk about those later in this blog.  But the other way is taking a look at the endings. Let’s take a look at the chart to see which endings are masculine or feminine. Please note, that the endings that you see here are not all the endings but ones that for sure follow a specific pattern.

Most nouns end either in an “-o” or an “-a.” The vast majority of the time words with an “-o” at the end are considered masculine and words ending in “-a” are feminine:

There are some nouns which don’t follow this rule (of course) and other nouns which end with a different letter entirely. For those words, you’ll just have to memorize the gender along with the word. 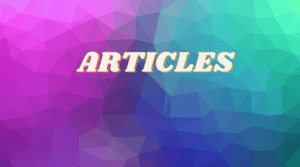 Definite articles specify which object, person, or place the speaker is talking about.

“The” is the only definite article in English. In Spanish, however, there are 4 definitive articles:el, los,la,  and las . 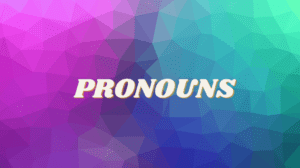 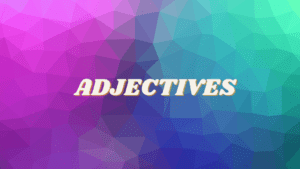 Masculine adjectives that end in -o drop the -o and add -a for the feminine forms. To form the plural, both masculine and feminine, add -s to the singular ending. If the adjective ends in -e, add -s for the plural. If it ends in a consonant, add -es.

“Car” is masculine and therefore the masculine form of “pink” needs to be used.

“Girl” is feminine and therefore “tall” has to be used in its feminine form.

This is also true of plural nouns and plural adjectives. If the noun is in the plural you need to adjust the adjective:

Where Does an Adjective Go in a Spanish Sentence?

Descriptive or Qualifying adjectives will usually go after the noun. These include those that describe physical characteristics or nationalities or are derived from verbs.

Tengo suficiente comida para la fiesta. (I have enough food for the party.)

The limiting adjective is suficiente (enough) and since it limits comida (food), it goes before the noun. This also applies to numbers. Yes numbers are adjectives.

Adjectives that give emotional impact, or express essential “qualities”  will also go before the noun.

Putting fiero first shows the emphasis on “ferocious,” and refers to an essential characteristic. 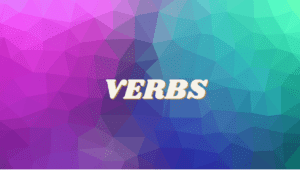 When conjugating Spanish verbs in the present tense, first identify who’s performing the action. This is your “subject.” Remember the subject pronouns that we learned at the beginning of this blog? They’re back! There can be eight possible subjects:

Note that although there are eight subjects, there are only six forms of verb conjugation. Él, ella and usted (he, she, you) are conjugated the same, as are ellos, ellas and ustedes (them, plural you). 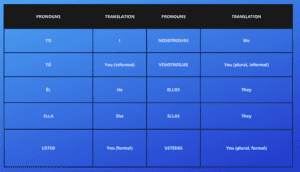 When conjugating Spanish verbs we have to identify their infinitive endings (a.k.a. the dictionary version of the verb). They will end in either -ar, -er or -ir.

To conjugate, an infinitive verb, remove the final two letters and add the appropriate ending. 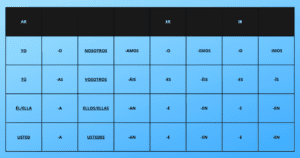 The appropriate ending depends on 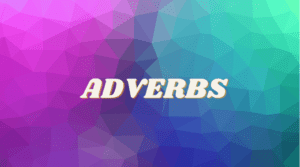 Adverbs are words that modify verbs, adjectives and other adverbs. Spanish adverbs will usually end in the suffix “-mente” which is the English equivalent to “-ly”.

To form and adjective in Spanish, we have to make the adjective feminine and add the suffix “-mente”.

Remember that not all adjectives have an exclusively feminine form, so sometimes it will just remain as it is.

For example, claro (clear) will change to clara, and felíz (happy) will not have to change.

Third, add “-mente” to the end of the adjective. 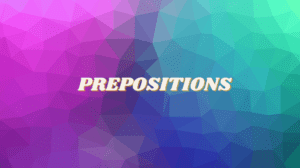 A preposition is a word that indicates information about location, place, or movement. It also provides a link between different parts of sentences. The location of a preposition will generally go before a noun or a pronoun. There are different types of prepositions. The most common is locations, time, and frequency. 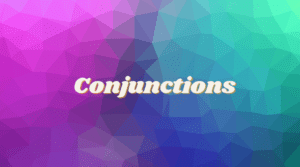 Conjunctions are words that connect nouns, verbs, phrases, and sentences. They help you piece together different ideas.

There are two main types of conjunctions: simple and complex. The simple conjunctions are the ones that you use all the time. In English, they are “and”, “but”, and “or”. Complex conjunctions, on the other hand, have a little more depth.

Definite articles specify which object, person, or place the speaker is talking about.

“The” is the only definite article in English. In Spanish, however, there are 4 definitive articles: los, las, el, and la.

Again, these artículos change depending on the noun that they precede.

Let’s look at some examples.

The teacher puts the pencil on the table.

The dog runs in the yard.

Again, these artículos change depending on the noun that they proceed.

Look how the sentences change with indefinite articles.

A teacher puts a pencil on a table.

A dog runs in a yard. 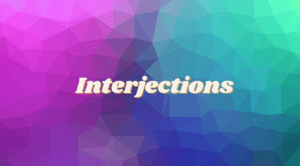 Interjections are abrupt expressions that help you to express different emotions. They also help to improve your Spanish by making it sound more native!

Interjections are a fun part of Spanish grammar for beginners because a good handful of them are short words or phrases. So it makes them  easy to remember. Plus, native speakers will love hearing you use these natural Spanish sounds.

Interjections can vary in their meaning. Context is extremely important to help decode them. Volume, pitch, and speed can also help show meaning. Interjections can also be filler words. They are a way to fill in a space or pause while the speaker thinks of the next thing they want to say. In this way, they are a means of not giving up airtime or preventing someone from interrupting.

Take a look at how interjections add emotion and feeling to these sentences.

Hey! The dog is outside of the yard.

Understanding the parts of speech is beneficial for analyzing the meaning of each word. Also, by learning them you can easily identify a grammatical problem in the sentence, and see whether there is a run-on sentence, a misused pronoun, or a problem with the verb agreement. For more practice check out our Spanish group classes here on TakeLessons Live.