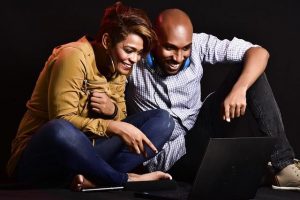 One of the most common tips that Spanish teachers will tell their students is to watch shows in Spanish for listening comprehension. But what should you watch? More often than not, I find students who are learning Spanish on their own to end up watching “Narcos” or “El Señor de Los Cielos”.

Although they are great shows, I wouldn’t suggest watching them for educational purposes. There are a lot of words and phrases that we should avoid using when we converse in Spanish. Especially if it’s for your high school Spanish class. This leads to the question, “What should I watch?” and “Why should I watch it? Below I have a list of must-see Spanish shows that are available on Netflix.

Is there a difference between watching a show dubbed and watching a show that is in the original language? Yes. Dubbing, also known as voice-over, are actors that are reading a translated script.

A couple of pros: when you watch a show in its original language and you know the story, then you can compare the audio to the subtitle. It is recommended that you watch the shows in the Spanish language while using English subtitles. It will help you build the association between the written words.

Now the cons: as I mentioned, when dubbing, the voice actors are using a translated script and that, my friends, may cause inaccuracies to the story. Whereas watching the original language will be more accurate to the original plot line. Using subtitles is still a great option that you can use as a language learner, especially when it comes to expanding your vocabulary and phrases.

As a language coach and teacher, I use a chrome extension called “Language learning with Netflix”. This allows you to have the original subtitles (the dialogue of the film), a subtitle that translates, and a literal translation. Unfortunately, you can only use this option when watching Netflix on a computer.

In this fun young adult sci-fi fantasy, a young 17th-century witch time-travels to the future to save the man she loves, but first must adjust to present-day Cartagena and defeat a dark rival. This show is uses Colombian Spanish. This will be great to learn new phrases that will be typically used in Colombia!

In this binge-worthy Spanish murder mystery, two sisters discover disturbing family secrets after a string of mysterious deaths that occur on a luxury cruise traveling from Spain to Brazil in the 1940s. Will the truth unfold? This show will be great for Late beginners to Intermediate to help with the Castellan pronunciation.

Rompan todo (Break It All: The History of Rock in Latin America)

Another Binge-worthy series that is filled with different Spanish dialects, this show will help you realize that you don’t have to have perfect pronunciation when speaking Spanish. In this fascinating six-part docuseries, it explores the 50-year history of Latin American rock. Featuring iconic bands such as Soda Stereo, Café Tacvba, Los Prisioneros, Aterciopelados, and many more. If you are learning Spanish to better communicate with your Spanish-speaking family, this would be a great show to watch together.

There is only one adjective that I can describe this show. CUTE! Pocoyo is a preschool educational series that was originally created in Spanish but has English as the “original” language on Netflix  so you will have to change the audio to Spanish. POCOYO is a great show for absolute beginners, as the phrases tend to be more isolated and it is easy to catch.

Xico’s Journey is a Mexican animated family adventure about a girl and her dog who journey into a mountain to save it, the environment, and all the people in her town. The intrepid hero, Copi, is a strong girl lead, smart, kind, and fearless. She has strong support from friends and family, as well as from Xico, her guardian dog, who could turn out to be more magical than even Xico could imagine.  This movie is a great movie for all Spanish learners.

I had to add a form of a reality show to the list. It is important to listen to the natural speed of how one talks in Spanish. NAILED IT MEXICO is where amateur bakers try to recreate baked masterpieces. A great show to learn vocabulary about ingredients, foods, and directions. Whether you are looking to improve in descriptions or commands.

Choosing what to watch on Netflix can be daunting since there a lot of options to choose from. When choosing a show for listening comprehension, you have to consider where you are in your Spanish journey. For example, if you are a beginner you would want to avoid a show that generally is fast-paced. Typically, I advise beginners to watch children’s shows or Disney show’s like “Violetta” (available on Disney+) since the speech is slowed down and phrases are easier to catch.

What are some Spanish phrases did you catch from a Spanish show you watched? Let me know via the comments.