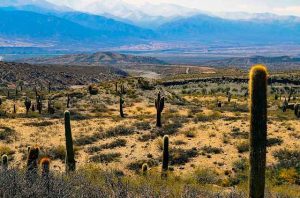 You must be wondering why we say Argentine language and not just Spanish? And here comes the answer: because Argentina is a completely different world. Once you visit it for the first time and try the food or dance tango or fall under the spell of a charismatic Argentinean, forget it, you are trapped.

Once you enter this magical world, you will forget everything you have learnt about Spanish but, that is a good thing because there are some big differences in words, spelling, pronunciation, and of course, slang.

So, when you are first introduced to an Argentine, they will say:

Bam! So from the very beginning of a conversation your mind will blow away.

Tú vs Vos and Eres vs Sos

“Tú” doesn’t exist in Argentina, instead they use “Vos” for the informal second person. Also, the irregular verb TO BE changes totally from eres to sos. So, every time they ask you “where are you from?” you will hear: ¿de dónde sos vos? instead of ¿de dónde eres tú?

Conjugating verbs in the present tense

Now that we went over the words, spelling and pronunciation, let´s explore some lunfardo (slang).

Che. Hey. I am sure you have heard about Che Guevara. His nickname appeared because Argentinean say Che like Hey. So, after hearing Che so many times and called their attention, Cuban chose this nickname that was spread all over the world.

Boludo. Buddy. It is a very informal way to call a close friend.

As in “che boludo, pasame la sal” hey buddy pass me the salt.

But depending on the context and the tone of the voice, it could also be offensive, like an insult. So be careful if you do not want to get in trouble.

Barbaro. Awesome. This word has nothing to do with Vikings. It is just an expression of something particularly good. Also, can mean. Ok. Cool.

As in “voy a hacer unos mates, ¿querés? Bárbaro! (I am going to prepare some mates, do you want some?)

Some basic slang to survive in Argentina

Bondi is the slang word for “colectivo” which means bus.

As in. Tuve que tomar un tacho porque se me hacía tarde. I had to take a taxi because I was late.

As in. No tengo un mango. I run out of money.

As in. Mirá que buena está esa mina. Look how gorgeous that woman is.

As in. Ese chabón me invitó a salir. That guy asked me to go out with him.

As in. ¿Vamos a tomar unas birras? Let’s go to drink some beers.

As in. ¿Querés un feca? Would you like some coffee?

As in. El sábado hay una joda en lo de Jorge. On Saturday there will be a party at George´s.

As in. Esta noche vamos a bailar al boliche. Tonight, we are going to dance to the club.

As in. Llamaré a la justicia para que te lleve porque te has robado mi corazón. I will call the police to catch you because you have stolen my heart.

Women. Get ready to hear all kinds of “piropos” from men in the street.

Some can be funny, and others can be dirty. Do not take it seriously. It is part of the Argentinean culture.

Remember that the words also need to go together with big hand movements and facial expressions. You will discover muscles in your face that you never knew were there, because you will feel them now!

After this quick guide, you are ready to dive into the Argentine culture, food, tango, nightlife, beautiful landscapes, and enjoy their unique way of living and speaking!