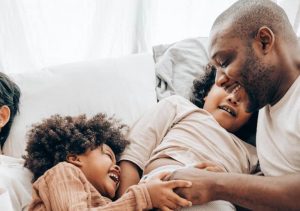 Most people living in the United States are likely familiar with American Sign Language (ASL); even if they don’t know any signs, they know it exists. Even less people realize that ASL is not universal, but unique to the US and parts of Canada. Therefore, it’s probable that very few people living in the US realize that ASL has variations. Just as with spoken languages, which have various dialects and accents, there are also variations within ASL, and age, race, location, socio-economic class, culture, and gender are a few of the factors that contribute to these variations. One example of a variation of American Sign Language used by the Black Deaf community is known as Black ASL.

With grants from the National Science Foundation and the Spencer Foundation, Dr. Ceil Lucas, Dr. Carolyn McCaskill, Dr. Robert Bayley, and Dr. Joseph Hill researched Black ASL and published a book called The Hidden Treasure of Black ASL in 2011 detailing the history, linguistic structure, and grammar of the language. Two of the researchers and authors, Dr. Carolyn McCaskill and Dr. Joseph Hill, also happen to be two of the less than 20 Black Deaf Americans with Ph.D.s.

Dr. Carolyn McCaskill actually grew up in a segregated school and did not attend an integrated school for the Deaf until she was 15, in 1968. Thus, she has first-hand experience of the differences between Black ASL and ASL. Although it’s called ASL, mainstream American Sign Language is also considered to be used primarily by the White Deaf community, and therefore synonymous with White ASL and worth noting. The authors of The Hidden Treasure of Black ASL researched the appearance of the language, its linguistic features, and compared ASL and Black ASL to document the differences.

How did Black ASL appear?

Historically, racial segregation was not limited to the hearing population. Deaf children were also segregated (being placed at separate schools for the Deaf) and were not allowed contact with each other. Segregation, in addition to spoken Black English, had an impact on the development of sign language within the Black Deaf community.

What are the linguistic features of Black ASL?

The features of Black ASL mimic those of ASL (handshape, palm orientation, location, movement, and non-manual signals), but with variation. The researchers of Black ASL, mentioned earlier in this post, also found other features of the language, including:

What are Some Differences Between Black ASL and ASL?

While there are differences between the two languages, they are still similar, just like American English and British English are similar and yet unique. To learn more about Black ASL, watch Black ASL (a summary of the published research on Black ASL) and Signing Black in America (the first documentary about Black ASL).

You can also visit Black ASL Project, read the recent New York Times post Black, Deaf and Extremely Online, or read The Hidden Treasure of Black ASL: Its History and Structure. If you’re interested in learning more about any aspect of sign language, reach out to a TakeLessons ASL instructor.