Throughout the years, there have been many Deaf people. You may know someone personally who is Deaf, maybe a family member, a friend, a classmate or a neighbor.

It can also inspire your ASL learning to look back through history, and learn the stories of some well known and famous Deaf people who have made a difference in both the Deaf community and in the world.

Here are some famous Deaf people throughout history: 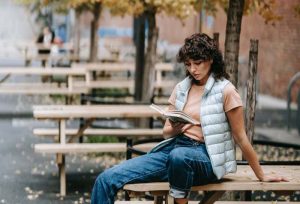 One of the very first to be well known was Laurent Clerc. He became famous thanks to his role in shaping deaf education. Clerc was a French teacher who became the first deaf teacher of the deaf in America. Therefore, he has been known as “The Apostle of the Deaf in America. He helped to establish the first school for the Deaf in the U.S, American School For the Deaf (ASD).

Not many may know who Alice Cogswell is. She was simply the neighbor to Thomas Hopkins Gallaudet. Yes, he was inspired by her to help begin education for the Deaf in America and establish the now famous school we know to be Gallaudet University.

One of the most famous well-known deaf blind is Helen Keller. She was well known for advocating rights for people with disabilities, specifically those who were deaf and blind. In fact, she was one of the founding members of the American Civil Liberties Union (ACLU). Keller was also the first deaf blind person to receive a B.A. She also authored many books throughout her lifetime. Yes, Helen Keller was a great influence to many and she continues to be to this day.

Dr. William Castle was the Rochester Institute of Technology (RIT) Vice President for the National Technical Institute for the Deaf (NTID). For 26 years, he worked for NTID, helping to promote and expand awareness of NTID.

Douglas Tilden was an American Deaf sculptor. As a sculptor, many called him “the Michelangelo of the West.” You can still see some of his work in California, such as Football Players, Bear Hunt, and Mechanics Monument among many more.

Andrew Foster was another famous Deaf person. He was the first African-American to earn a B.A. from Gallaudet University. Many even called him the “Thomas Hopkins Gallaudet” of Africa or the “Father of the Deaf” of Africa because he was able to establish 32 schools for the deaf in Africa.

There are many other famous Deaf people you may have seen nowadays in either a show or a movie. Here are a few of them:

Linda Bove is a Deaf American actress. Her most famous work was with CBS with the show Sesame Street from 1971 to 2002, being the first Deaf performer to appear on this show. Her success on Sesame Street allowed her to introduce ASL to millions of children as they watched.

Phyllis Frelich is another famous Deaf American Actress. She actually won a Tony Award for the Broadway show Children of a Lesser God. Along with that, she also made several television appearances.

Marlee Matlin is also known by her appearance on the hit show Switched at Birth. She is actually the only deaf performer and the youngest to win an Academy Award for Best Actress for Children of a Lesser God. Her work has also resulted in a Golden Globe award, with 2 nominations, and 4 Emmy nominations.

Along with Matlin, Sean Berdy has also starred in Switched at Birth, along with The Sandlot 2 where he began his career, and currently starring in Netflix’s The Society. He had been nominated for TV Breakout Star for the Teen Choice Awards in 2011.

Millicent Simmonds starred in movies such as Wonderstruck and A Quiet Place, where she has been nominated for several awards like the Critics Choice Movie Awards for Young Performer. She is soon to come out in the sequel for A Quiet Place – A Quiet Place Part II.

Nyle DiMarco is an American Deaf model, actor and activist. In 2015, he was the winner of season 22 from America’s Next Top Model, being the second male winner and the first deaf winner. He was also the winner of Dancing with the Stars in season 22. DiMarco was also one of many to star in Switched at Birth.

These are just some of the many famous Deaf people you may see on your TV or read about in books. Also, there are many others who are famous celebrities that are partially deaf or hard of hearing in either one or both ears. From athletes to actors, artists to influencers, there are many Deaf people who are an integral part of history. Be on the lookout for them, and learn about them. You never know, you might be inspired to take up ASL!