Last week, we spoke about the best countries to learn Spanish but the truth is, any Spanish speaking country is worth visiting and learning about! In each country, you will find a rich culture and language peculiarities that will enrich your experience.

Today, I want to give a list of countries you can add to your bucket list of Spanish speaking countries to visit, and we will also cover common greetings or expressions in each country so you can start practicing, as well as some language faux-pas to be aware of while talking to locals during your visit. 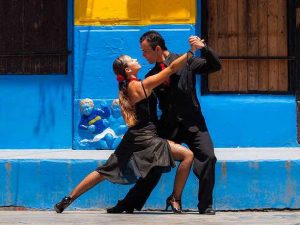 Argentina has something for everyone. It is the perfect place for those interested in anything from dance to sports. Argentina is famous for its devotion to soccer as well as crafting wines of the new world.

This country also offers breathtaking views and landscapes. El Chantén, Bariloche and Valle de la Luna are only a few destinations for those looking for an adventure.

In Argentina, you can literally reach the end of the world if you head to Ushuaia, the world’s southernmost city.

Che – Meaning: An interjection to call someone’s attention. Similar to “hey” in English.

Boludo – An Argentinian word used in a very colloquial way to refer to someone. It has a somewhat pejorative meaning similar to silly or dumb. It also has a feminine form boluda. I do not recommend that you use it unless you are absolutely sure it is okay in a specific (super) informal situation.

There are plenty of reasons to visit Mexico! This popular destination offers not only renown beach resorts but also incredible historical sites among which are Teotihuacan and Chichen Itza.

If you can, definitely plan to visit during the celebration of Días de los Muertos. You are guaranteed to have an unforgettable experience.

¿Qué onda? – Meaning: What’s up? – An expression used to informally greet friends and acquaintances. It literally means what wave?

Carnal – Mexican slang for close friend. Someone who is like a brother to you. Carnal comes from the word carne which in some cases means flesh.

Wey (or güey) – This word is reserved for men. It can be roughly translated to dude or bro in English.

Crudo(a) – While in most countries this word means raw or uncooked, in Mexico often means hungover.

Cuba is known to seem frozen in time. And even though, politically speaking that is not a positive thing, as a tourist attraction, this aspect of Cuba makes it feel like being in an open air museum.

Old cars from the 50s still go around the streets, and it’s colorful architecture is a must-see.

Its people are warm and friendly, and you are guaranteed to have a real immersion into this rich culture.

In Cuba, you can also experience the country from the perspective of locals as many of them host tourists. You can stay with families and enjoy the homemade food and the warmth of their inhabitants.

If over 60 inactive volcanoes is not enough reason for you to visit Costa Rica, then maybe their world-class resorts and amazing food will be.

Costa Rica is also home to 27 national parks and five percent of the world’s biodiversity.

There you will find over 500,000 species of animals from monkeys, to iguanas, to butterflies. You can admire it all!

Also, you cannot leave without trying Costa Rican coffee, which is known to be some of the best in the world. No wonder Costa Ricans drink an average of six cups a day!

Pura Vida – Costa Rica’s motto. This meaningful phrase has become the country’s motto and it’s also used as a greeting. As a greeting, it can be used together with other expressions, such as Hola or as an answer to ¿Cómo estás?

Birra – Similar to Venezuela, birra in Costa Rica means beer. And yes, it is an anglicismo that comes from the English word.

Goma – Similar to the word crudo in Mexico that we spoke about before, the word goma in Costa Rica means hungover. However, in other countries goma is the word for glue or eraser. I know, so confusing! 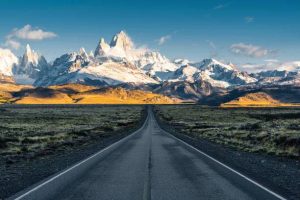 So… where to next? I hope you are intrigued by these beautiful countries and that you plan to visit soon. Wherever you decide to go, have a buen viaje!