Besides your sweet beats, grooves, and head-turning solos, there are certain things that set drummers apart from other musicians. You know, those quirky things that only drummers understand.

While your friends may get annoyed by these personality traits and drummer characteristics, we thought we should celebrate these quirks. Here, drummer and blogger Jyn Yates counts down the top 10 things only drummers understand.

Hello there, my name is Jyn Yates (@Jynyates) and I’m a professional percussionist. I have been playing and teaching music in Louisville, Kentucky for several years. As drummers, there are certain things we do that other people just don’t seem to understand. Rather than fighting it, let’s celebrate who we are as drummers with this top 10 list.

Here are some drummer characteristics and skills you might have – or develop – over time. Do any of these describe you?

What Skills Do You Need to Be a Drummer? 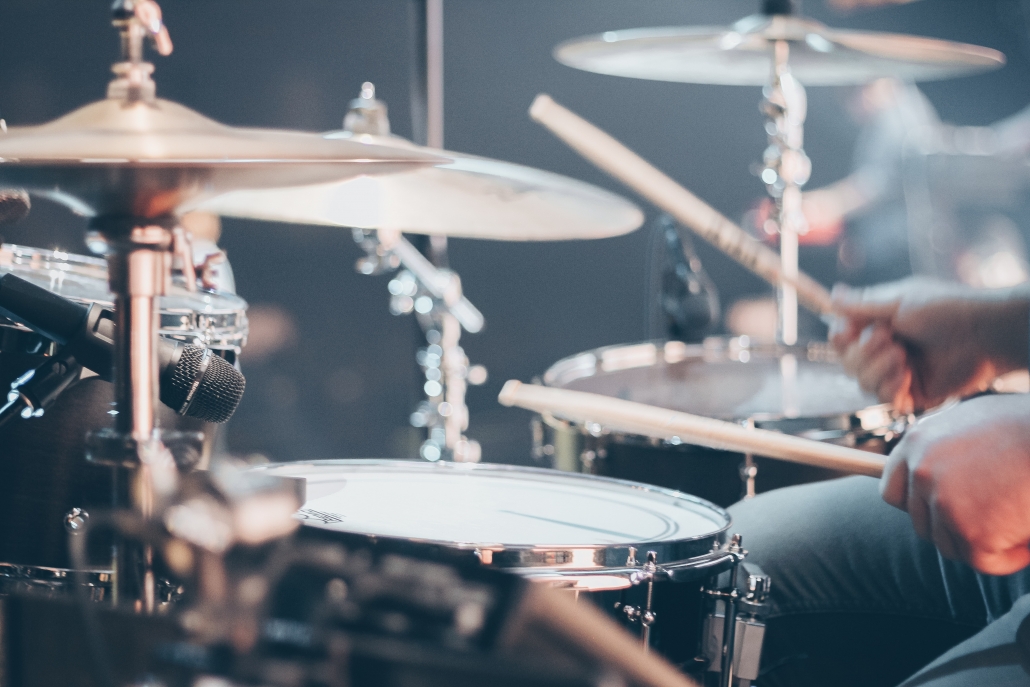 To be a great drummer, you’ll need to master the following skills:

Mastering basic rudiments, as you’ll see in the video below, is also an essential skill. Working with a drum teacher can help you master drum rudiments like these to become a better drummer:

The Most Common Drummer Stereotypes: You Know You’re a  Drummer When… 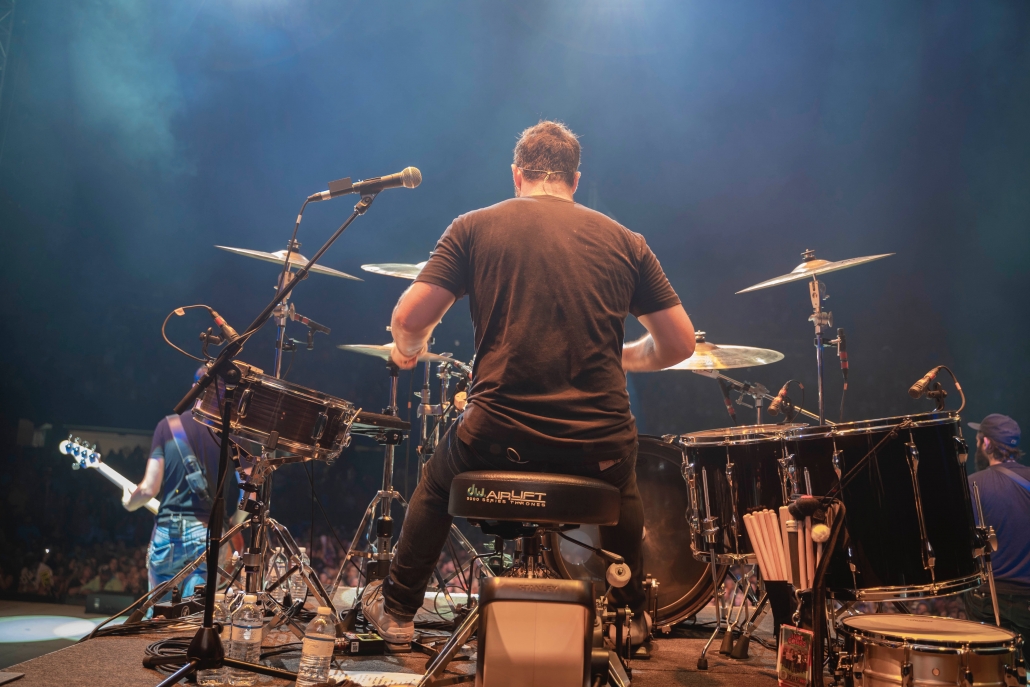 Anybody can master the basic drummer skills listed above. However, to really become a drummer, you’ll have to have the following drummer characteristics embedded deep within your soul.

Here are some common (yet true!) drummer stereotypes that you may find yourself fulfilling as you become a better drummer.

10. Your friends know when you come over because you have your own rhythmic knock!

And you probably know when they’re on their way, too, because you’re really good at listening to nuances in sounds ad in music. The ability to be a good listener is one of the most important drummer characteristics. You have to be able to understand the song as a whole before you jump in – that way, you recognize the entire piece instead of just the transitions and sections.

9. You’re constantly rocking out to your own beat, even when there’s no music!

Why? Because you’re passionate! One of the most important drummer characteristics is passion. You’re going to have to spend a lot of time practicing and improving your skills – and while it might be tough at times, it is your passion that will keep you going.

8. You can clock the beats per minute (bpm) to almost anything.

Timekeeping is something that most drummers have a knack for! After all, as a drummer in a band, it’s your job to keep time for everyone else. This can be tough to master at first, but with a great metronome, you’ll be able to keep the timing right in line.

7. You recite almost everything you read in rhythm.

Rhythm is essential to being a good drummer – it’s a drummer characteristic and a skill all in one. You have to have a good innate sense of timing and rhythm, but the good news is that you can also improve upon this skill as you get better at playing drums.

6. You add drum hits to the end of everyone’s jokes.

And that’s because you’re incredibly adaptable. As humans, we are creatures of habit, so knowing how to be adaptable and flexible (even when you’re modifying jokes or adding your own creative spin at the end of them!) is the best way to show off this important drummer characteristic.

As a drummer, you’ll have to learn how to play on kits with parts you don’t use, adapt to different tempos, and play with musicians who aren’t quite in tune or time. You always know how to bounce back!

If you’re a drummer, it’s safe to say that you know how to improvise. You can use themes, apply rudiments, create energy, and use dynamics and grooves in your playing.

5.  You’re never in pictures because the band puts you in the back!

Which is probably good, because the drummer stereotypes that are out there about drummers don’t paint us as the most attractive of all musicians? From the rocker drummer with the long hair and sweat to the jazz drummer with the fedora, maybe it’s best that we hang out in the back…

4. Your car costs less than your drum kit!

You’ve got a lot of equipment to buy as a drummer! While this isn’t so much one of the many drummer characteristics you might have, you should be willing to work hard in order to finance all of that gear.

A drum kit might contain everything from the actual drums to the sticks and even accessories like cymbals. You’ll need to be able to front those costs – and if you’re a drummer, you’re probably already well aware of how expensive it can be.

3. Your parents constantly remind you that you owe them a car due to the warped dashboard where you used to practice.

Thankfully, though, drummers are persistent, and they’re also patient.

This is one of the most important drummer characteristics. If drumming is something you want to become good at, only persistence will get you to where you want to be. Work hard, keep practicing, and push yourself – that’s what makes a good drummer great.

And don’t try to rush things. Your skills as a drummer won’t develop spontaneously overnight. It’s going to take many hours of practice – and practicing might not always be fun.

2. You’re always getting noise complaints from your neighbors.

While those neighbors’ noise complaints might not always be so constructive, hey! At least you know how to not take them personally.

1.  and…drum roll please… everybody loves you!

Well, maybe not everybody. But that’s okay! As a drummer, you’re individual, you’re unique, and most importantly – you’re you. And you’re passionate about playing the drums. That’s all that really matters!

What is THE Drummer Stereotype? 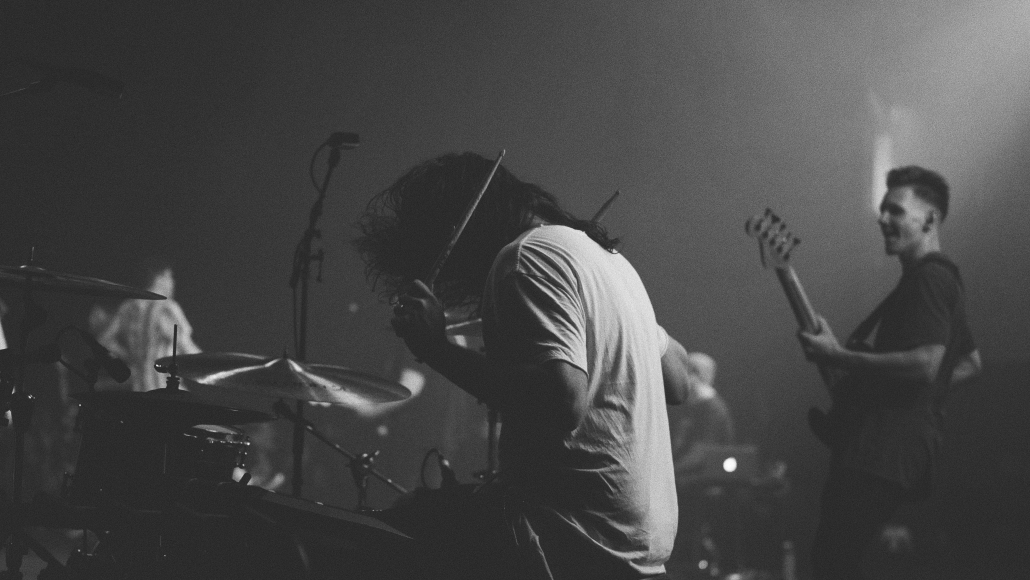 There’s one more drummer stereotype that’s not on this list – and that is the NEGATIVE one.

Drummers are often seen as unintelligent, lacking real talent, and even just plain crazy. While the last part is probably up for debate, here’s the deal – without a drummer, a band just can’t perform properly.

Drummers have to have a serious and detailed awareness of what’s going on around them in the rest of the band. They need to pay close attention and be able to change up their technique at a moment’s notice.

Not just anybody can do that – and this ability to thrive and adapt no matter what is perhaps one of the strongest characteristics of a great drummer.

So do you have what it takes? If you take drumming lessons with one of the best instructors, you’ll likely find that you can unlock these characteristics of a good drummer – and live up to your full potential. Don’t let anything hold you back!

Is there anything else you would add include in this list? Let us know in the comments below!

Want to find an awesome drum instructor in your area? Find a teacher near you!