Keeping your drums in tune is essential for your sound. Here, Seattle, WA drum teacher Mason L. shares his advice for how often you should be tuning a drum set…

One of the most defining characteristics of your sound as a drummer is the way your drums sound, so it’s important to keep your drums in tune. Tuning a drum set takes some practice to master, but it is a great skill to have whether you’re just starting to drum or you’re touring and performing professionally. Depending on what kind of music you play, how often you play, and how much your drums move, you may need to tune your drums more often or less often than you think.

What kind of music will you be playing?

All drummers know that a drum set sounds different in a punk band than it does in a jazz band or an indie rock band. Whatever genre you’re playing, listen to some similar music and listen to how the drums sound, if you’re not familiar. Drums sound unique in every style, and they should be tuned according to whatever style you’re playing.

Once you’ve listened to some music from the style you’ll be playing, or if you’re already familiar, analyze what you hear. Does the snare sound high or low, resonant or muted? Are the toms low and thumpy or higher and resonant? Does the bass drum have a pitch or not? Knowing the characteristics of the drum sound in the genre you’re playing and tuning your drums accordingly will help you fit in with new bands and will make you look knowledgeable and experienced.

If you’re thinking about tuning your drum set for the first time, do so as soon as possible. If your drums aren’t already in tune, tuning them will make your drums sound the best they possibly can. When the drums sound the way you want them to, you can remember how they should sound when you tune them again in the future.

How often do you play your drums?

The most likely reason drums go out of tune is because they’re played for a long amount of time. Drums don’t usually go out of tune if they’re not used, unless they sit abandoned somewhere for months. If you practice three times a week, it might be smart to pick a day every week or every other week to tune your drums. Professional touring musicians tune their drums often, at least twice a week, so the drums they play can sound their best for every performance. In the drum corps world, drummers sometimes play for 10 or more hours a day, and it’s not uncommon to tune a drum twice in the same day.

The frequency with which you tune your drums also depends on the style you’re playing and the way you want your drums to sound. It’s easier to maintain a lower, less resonant sound than a higher, resonant one. Some jazz drummers, who usually have higher, more resonant drums, obsess over the way their drums sound, tuning them with the same frequency that guitar players or other string players would. But a punk drummer may not ever tune his kit after he acquires it, because the thumpiness and lower pitches stay in tune easier.

Don’t forget to replace your drum heads every so often

You probably need to change a head when you can’t get the tone you want from the drum, when the head is broken, or when it’s riddled with stick indentations. Drum heads, especially bass drum heads, can be a little expensive, but a head change can make your drums sound their best and feel much better than an older head.

Need a refresher on how to tune your drums? Here’s a helpful YouTube tutorial that breaks it down step-by-step.

The tone and pitch of your drums define your sound as a drummer, so it is important to keep them in tune. To sound your best, analyze how often you play your drums, how often you move them, and what style you’ll be playing to figure out how often you should tune them. Sometimes drummers take tuning for granted, but tuning a drum set can be refreshing for your ears and rewarding as an amateur or professional drummer. 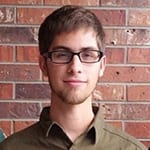 Mason L. teaches drums in Seattle, WA. He received his Bachelor of Music in Percussion Performance from University of North Texas and has been teaching students since 2011. Learn more about Mason here!