To preface, not every word follows a strict spelling rule. There are always exceptions and irregular forms. Therefore, keep this in mind before memorizing any of the following rules.

There are many creative ways to remember irregular words with double letters or an assortment of vowels. The weirder the better! Here are a couple of ideas:

• Tomorrow: Tom borrows bees tomorrow.
• Address: I saw an ad for a dress at this address.
• Dessert vs. Desert: I’ll have seconds of dessert but no extra desert please.
• Separate: Keep me away from the rat in separate.

When spelling words in the future, decide if there is a silent e by sounding out the long or short vowel.

3) When two vowels go walking, the first one does the talking

When there are two vowels in a row, the first usually has a long sound and the second is silent. For example: Beam, moat, wait weave, soar.

4) A for actions and e for events

Many words sound alike but mean different things in writing. Remember the correct spelling for the more common words that sound alike. For accept versus except, affect versus effect, and than versus then, remember that a stands for action words and e stands for events.

• Accept: To receive or agree (verb) — He accepted their apology.
• Except: Other than (preposition) — Everyone went to the beach except Tyler.
• Affect: To influence (verb) — Will lack of sleep affect your mood?
• Effect: Result (noun) — Will lack of sleep have an effect on your mood?
• Than: Comparison — He is richer than she is.
• Then: Order of events — First we must study, then we can play.

Accept and affect are both actions, while except and effect refer to events. Similarly, than compares (a verb or action) two things, while then refers to the order of events.

There are, however, some exceptions: Contemptible, digestible, flexible, responsible, irritable, inevitable.

6) Choose the right version of the word

• It’s: It is or it has.
• Its: Possessive (shows that something belongs to another) — The doll had a ribbon in its hair.

• They’re: They are.
• Their: Possessive — Give back their chairs
• There: A place word, containing the word here (both here and there answer the question, where?) — I parked my car over there.

• To: Preposition — They went to the lake to swim.
• Too: Very or also (notice the double o represents a double emphasis) — He was too tired to stay awake. I was hungry, too.
• Two: Number — Two minutes until close.

• We’re: We are.
• Where: A place word, containing the word here — Where are you going?
• Were: Past tense of are — They were going to the store.

One of the most well-known spelling help phrases is: Write i before e, except after c, or when it sounds like an a, as in neighbor and weigh. Examples:

While you can memorize the most common spelling rules, make a habit of using funny rhymes or imaginative mnemonic devices to commit new words to memory. Need extra spelling help? TakeLessons tutors are here to help — book lessons with me or find another English, reading, or writing tutor in your area! 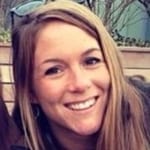 Lauren tutors in various subjects in New York, NY. She has her Master’s Degree in Education (with a concentration in students with learning disabilities), and is a certified NYC Special Education teacher. Learn more about Lauren here!