Have you ever thought about how awesome music is? The joy of performing and listening to music forms a universal language that connects us across cultures and across time.

And yet despite how universal the experience of music is, there’s still a lot we don’t know about its effects on our bodies and minds. In fact, the famed anthropologist Claude Levi-Strauss once said that music is “the supreme mystery of human knowledge.”

Mysterious though it may be, scientists have discovered some interesting theories for the most common musical phenomena that we all experience. For example, why do songs get stuck in your head? What’s the effect of music on memory?

Check out the infographic below to discover 8 musical phenomena, and continue reading to find out more!

1. Why do songs get stuck in my head?

Whether it’s a commercial jingle or an overplayed radio hit, you’ve likely experienced having songs stuck in your head. Scientists refer to this phenomenon as an earworm, and they don’t know all that much about it.

For one, it’s difficult to study: a song popping into your head can happen at random times. Moreover, it often happens when your mind is zoned out and focused on a repetitive task.

As you can imagine, these are not conditions that are easy to replicate in the laboratory!

What we do know: several scientific studies have shown that one of the biggest contributing factors to experiencing an earworm is listening to a song over and over in a short amount of time. Other studies suggest that the shape of your brain plays a part.

Ok, but how do you get that song OUT of your head? Other music may serve as a useful distraction, but one of the best cures may be to give in and listen to the song again.

2. Why does my voice sound different on recordings?

You’ve lost your phone (again), so you borrow a friend’s to call your own. It’s ringing… did you leave it on silent? You let it ring through to your voicemail, when all of a sudden — whose voice is that?

Scientists believe this phenomenon is because of the mechanics of your ear. When you speak, you hear your voice in addition to vibrations from your vocal cords passing through your throat and mouth into your inner ears. These vibrations are typically low frequency, which is what you’re used to hearing. When you record your voice, you only hear the air-conducted sound — which is why you might think you sound higher-pitched.

Test it yourself: As you’re speaking out loud, curl both hands behind your outer ears and pull them forward. This will allow more air-conducted speech sounds into the ear, changing the volume and timbre. For the opposite effect, try plugging your ears to hear only the bone-conducted sounds.

Not everyone has the courage to sing in public. Some even fear that if they so much as open their mouth, everyone in the room will cover their ears and glass will shatter!

But there’s a difference between being truly pitch-challenged and having an untrained singing voice. The inability to follow a tune or to differentiate between pitches is called amusia, and researchers say it occurs in about one out of every 20 people.

While brain scans have revealed some differences between people with amusia and people without, it’s hard to say which came first. It’s possible amusia is wired into the brain at birth, but it’s just as likely that a lack of musical training is to blame.

Are you really tone deaf? Learn more and take the tone deaf test.

4. Why are some people so bad at keeping rhythm?

Similar to the inability to hold a tune, some people find keeping rhythm a challenge. But before you try to excuse yourself from the dance floor citing auditory arrhythmia, keep in mind that the actual scientific condition of being “beat deaf” is even rarer than amusia.

In one study, researchers found only two people to be truly rhythmically challenged, out of a group of hundreds.

These “beat deaf” individuals had no trouble tapping out a beat in silence, but they couldn’t synchornize their movements with sounds. Scientists think this is due to an abnormality in brain connectivity and internal biological rhythms.

Bad at rhythm? Here are some great tips to improve from Easy Ear Training.

5. Why do I get chills when listening to music?

Ever felt chills while listening to a specific song? You’re not alone! Scientists call this musical frisson.

It’s little surprise to scientists that the experience involves dopamine release, the brain’s “feel-good” chemical. What did come as a surprise in this scientific study was that the emotional climax of a song was not actually the part responsible for musical frisson; it seems the anticipation of emotional release during the tension-building moments matters just as much as the eventual resolution in giving us that tingling feeling.

What song gives you the chills? Jeff Buckley’s “Hallelujah” is one of our favorites. More songs here.

6. Why do certain artists and songs bring back memories?

There are many experiences that prove the connection between music and memory. Listening to music can make you think of a time or place, and it can make you feel nostalgic for a past relationship. Similarly, music has been shown to deeply affect those with Alzheimer’s disease.

Despite significant research into the subject, there’s still a lot we don’t know about the connection. It’s challenging to study, since music blends emotional experiences with text and meaning — and these are stored differently in the brain. Emotional experiences are encoded as an episodic memory, and text and meaning is encoded as semantic memory. This is why sometimes you remember the title or lyrics of a song, but not the tune, and other times you remember the tune, but the words never make it past the tip of your tongue!

Music can also help you learn other subjects faster! Check out the research (and our playlist) here.

7. Does music really help you exercise?

Many people rely so much on music when exercising that when their phone or iPod runs out of battery, they are completely thrown off and can’t even complete their workout. And many professional athletes rely on a particular playlist to pump them up.

A recent scientific study on workout music reveals several explanations for this phenomenon. First, music serves as an important distraction from physical pain and fatigue.

Second, music can trigger your “rhythm response” — your body can’t help but move to the beat! This keeps your movement consistent and helps you use energy more efficiently.

What’s the BEST workout music, though? Check out this playlist from Fitness Magazine.

8. Why do I love listening to sad songs?

In addition to energizing us, music can lead to deeply personal emotional catharsis.

Psychologists pinpoint the release of the hormones oxytocin and prolactin as one reason we keep coming back to sad songs in particular. These hormones, involved in social bonding and nurturing, are also part of romantic attachment. Emotional identification with sad songs is an important part of our ability to empathize and bond with others.

What are the best sad songs to listen to? In a Rolling Stone readers’ poll, Eric Clapton’s “Tears in Heaven” topped the list.

So there you have it — 8 musical phenomena that connect many of us. Whether you’re enjoying 400-year-old classical music, learning how to sing or play music, or jamming to the rap album that dropped last week, we all get an equal chance to participate in the many mysteries of music. 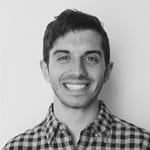 Post Author: David H.
David H. writes freelance psychology articles out of Milwaukee, WI, and has a passion for presenting a psychological perspective on any number of different topics. A veteran instrumentalist and a Tenor 2, David enjoys car singing and playing improv jazz in his free time.

One thought on “The Magic of Music: 8 Musical Phenomena Explained [Infographic]”