Don’t you wish you could remember everything you want? Although it’s just about impossible to do that, the good news is you can get very close! In this article, you’ll learn about the effect of music on memory and how to use it to your advantage…

We like to think that memory is a key indicator of our intellectual abilities. After all, that’s what makes us such a capable species. Without memory, we wouldn’t be able to pass down information from generation to generation, which is how we evolve. Therefore, we like to believe that memory is linked only to reason and intellect.

However, recent studies have revealed that other factors –  such as emotions, stress, food, and hormones – can have a huge impact on the way we remember information. This is why we aim to further understand the effect of music on memory; music is one of the few elements we can actually manipulate in order to create more robust memories.

Before we recommend how you can use memory-boosting music in your studies, let’s first look at the scientific reasoning behind the effect of music on memory.

The Science Behind Memory-Boosting Music

In order to truly understand the science, let’s start with an example: You’ll be taking a test tomorrow and you’re reading the same old notes, but you can’t seem to remember anything.

And it’s surprising, because we know that concentrating long and hard enough on something makes us remember it. What’s the reasoning behind that? Well, pieces of information that we focus on are transformed into electrical impulses that travel between the brain’s neurons through synapses. That means if we repeat something often, we’ll strengthen the bond between neurons and create a memory.

But why can’t you seem to remember something you really want to, especially when you’re trying hard to focus with all of your attention? Long-term memories are stored by the hippocampus, a region in the brain which is also influenced by proper maintenance of the “working memory.” The working memory itself is influenced by attention. 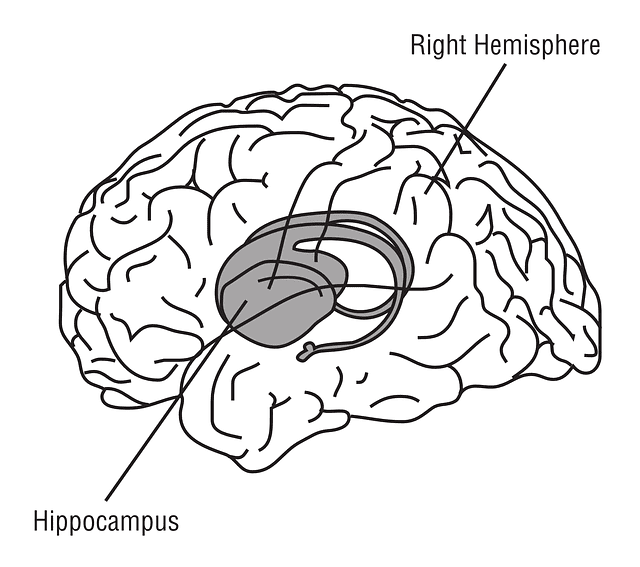 However, attention in this case isn’t equivalent to concentration, but to a more meditative state, affected by the production of alpha and theta waves by the brain. The alpha waves allow deep concentration, while the theta waves bring calmness and relaxation.

The Reason We Can’t Remember Things

So here’s the answer: Many times stress is what disconcerts our brain, making it harder for us to learn new things. To counteract the negative effects that stress has on our memory, we must create the same calmness for ourselves.

With that said, scientists found that music induces a state of meditation and relaxes the brain. Thus, the effect of music on memory is that it allows our brains to become more disengaged, or more free of “debris” which impede their proper functions.

If you want your test scores to be as high as possible, consider listening to music while studying.

What About Long-Term Memory?

Apart from momentary stress (or acute stress) caused by nervousness-inducing tasks, chronic stress is another disruptor for the formation of long-term memories. Chronic stress is worse than acute stress because it causes actual health problems, like high blood pressure and heart disease.

By messing with our hormones, chronic stress can cause loss of brain matter, affecting already-formed synapses (i.e. long-term memories). The same consequence is triggered by depression, an affliction correlated with low levels of dopamine and serotonin (these are called “neurotransmitters”).

More to the point, both neurotransmitters play an important part in memory formation and they can both be influenced by music. Therefore, if you listen to adequate memory-boosting music while studying, chances are you’ll exceed your own expectations.

A number of neurological studies have been conducted on this subject, but some of them present rather contradictory results. Regarding the well-known Mozart Effect, some scientists found that listening to Mozart before performing a certain task improves the subject’s ability to solve it correctly.

Meanwhile, others found that the Mozart Effect doesn’t affect test scores at all. Leaving that aside, they all agree that our cognitive abilities are enhanced when listening to Mozart and listening to classical music in general. The problem is that we don’t know by exactly how much.

Another interesting article from the same research area shows that there is also a Vivaldi Effect. According to the studies, listening to Vivaldi’s “Spring” can boost both attention and memory. Participants in this study listened to all of Vivaldi’s “Four Seasons” concerts, but the first portion from “Spring” proved to be the most successful with regards to its memory-boosting properties.

All of these studies show that classical music has a definite impact on memory and attention, even though actual improvements in test scores are individual and can’t be predicted accurately. But other scientists argue that the effect of music on memory exists only if you enjoy it.

Ambient music and classical music with no lyrics prove to be the best in this respect because they don’t have distracting lyrics. Instead, they improve your mood and relax your mind. On the other hand, pop music appears to decrease errors in spell-checking by 14%!

Now that you know there’s scientific evidence for music improving your memory, let’s take a look at five wonderful benefits you’ll get from this practice. Memory-boosting music will:

Stress can cause an unbearable amount of negative thoughts to barrage and cloud your brain. It can also be the reason you feel unmotivated to work or study. Give your brain some rest by using music as a distraction from your stress.

Listening to happy instrumental music will brighten your heart and mind. Give your ears some nice melodies and don’t be afraid to sing along! Singing is a great way to exercise your mind and body.

3) Allow you to think more clearly.

Let your thoughts follow the organized musical patterns and rhythms for you to focus better. Studies show that our brains operate by rhythms. By listening to the rhythms found in memory-boosting songs, you’ll be able to study in a clear and calculated manner.

4) Keep your eyes on the goal.

Listening to more alert musical pieces motivates you more and thus enhances your attention. You can essentially be “pumped-up” by a song and use that energy to accomplish the task at hand.

Taking a few moments to hum along with your favorite piece gives you some time to ruminate new information, while also allowing you to reward yourself. The music can be a good reminder that you’ve been studying too long and need a break.

The following songs are meant to improve your concentration while you work or study. Some are more calming than others, and some are more boisterous than others. Play around with the different selections and see which ones enhance your thinking, motivation, or anything memory-related.

Eine Kleine Nachtmusik has a vivacious tempo which will make you feel more energized. It’ll also enhance your dopamine levels! That in turn will help you remember new information better.

Moonlight Sonata inspires peace and tranquility, adjusting your serotonin production. The more engaging parts bring back your focus if you start slacking.

Four Seasons offers you a mix of emotions that’ll keep you on your toes. It’s better to listen to this piece if you’re doing a routine task, or even if you’re taking a break.

Bassoon Concerto provides you with a light-hearted rhythm to guide your thoughts along a natural, cursive path of reason and emotion.

Espiritual will give you some ambient music to enjoy and increase your productivity. The instruments play in a mellow fashion that’ll assist with your concentration.

Bohemian Rhapsody instills a motivating rhythm, but also helps create a relaxed atmosphere. Not to mention the satisfaction your brain must feel when listening to this true work of art, with varying melodic lines and exciting tempo changes.

Fidelio’s Overture is an energetic piece that won’t let you slip into the dream-world while studying. It’ll motivate you enough on the more intense bits, but it’ll also allow you some sense of calmness during the other parts.

8) No Ordinary Love by Sade

No Ordinary Love has a very structured rhythm (like a lot of usual love songs). It has lyrics, but the singer’s voice is really suave and you won’t lose your focus. However, humming along here and there may actually help new information stick better.

9) Soldier of Fortune by Deep Purple

Soldier of Fortune is a great song to listen to when trying to study. It’s quite repetitive, so you won’t feel compelled to pay much attention to changes in rhythm and intensity.

Thus Spoke Zarathustra is an inspiring piece that’s not distracting at all. It’ll help you get into a consistent pace with your studying.

Did you memorize everything you just read? Just kidding! We hope that you enjoyed learning more about the effect of music on memory. To learn more awesome facts about music, or for more invaluable study tips, schedule a lesson with a private teacher.

2 thoughts on “5 Powerful Ways Music Can Improve Your Memory”