Getting ready to take the AP English Language and Composition exam? Check out these study tips from Olympia, WA tutor Tali H…

The AP English Language and Composition exam is just over three hours, encompassing a 55-question 60-minute multiple-choice section (45% of total score) and a 135-minute time period to write three essays (55% of total score).

The more complicated part of the test, the essays, is what I’ll be focusing on in this article. However, in regard to the multiple-choice section, practice and analysis of AP English Language and Composition exam questions is the best way to go.

The free-response portion of the exam contains three essay prompts: the synthesis prompt, the analysis prompt, and the argument prompt. Yes, each essay will be judged based on grammar, vocabulary, fluidity, etc. However, there are quite a few differences in the way each is judged as well. Keep in mind that you are supposed to keep track of your own time! Don’t spend over an hour on any one prompt because that won’t leave you enough time for the other two prompts. Given that the first 15 minutes is “brainstorming” time when you can see the prompts but aren’t allowed to write in your packet, the remaining 120 minutes should be divided equally, allowing for about 40 minutes of writing time with each essay. I recommend spending the brainstorming time outlining your synthesis essay.

1. The Synthesis Essay: This prompt requires you to address an issue by synthesizing information from multiple texts. This essay generally requires the most critical thought, so do it first when your mind is fresh. The texts to be synthesized will be distributed with the tests, so there’s no need to worry about coming up with your own resources (that part comes into play in the argument prompt)!

2. The Analysis Essay: In the analysis essay, you’ll be given a single text and asked to analyze it in the context of a prompt. For example:

In the following letter, Abigail Adams (1744–1818) writes to her son John Quincy Adams, who is traveling abroad with his father, John Adams, a United States diplomat and later the country’s second president. Read the letter carefully. Then, in a well-developed essay, analyze the rhetorical strategies Adams uses to advise her son. Support your analysis with specific references to the text. (The letter and scoring rubric can be found here.)

3. The Argument Essay: In this essay, you are expected to compose an argument supported by evidence and reasoning drawn from your own reading, experiences, and observations. Persuasiveness is key!

Example:
Authors Po Bronson and Ashley Merryman published “The Creativity Crisis” in Newsweek.com in July 2010. They reported that the Torrance Test, a test of creativity that has been administered to millions of people worldwide in 50 languages, indicates that the public’s “creativity quotient” has steadily crept downward since 1990. In their article, Bronson and Merryman cite the claim of Professor Kyung Hee Kim at the College of William and Mary: “It’s very clear, and the decrease is very significant.” Kim reports that it is the scores of younger children in America—from kindergarten through sixth grade—for whom the decline is “most serious.”

Bronson and Merryman state that “[t]he potential consequences are sweeping. The necessity of human ingenuity is undisputed. A recent IBM poll of 1,500 CEOs identified creativity as the No. 1 ‘leadership competency’ of the future. Yet it’s not just about sustaining our nation’s economic growth. All around us are matters of national and international importance that are crying out for creative solutions, from saving the Gulf of Mexico to bringing peace to Afghanistan to delivering health care. Such solutions emerge from a healthy marketplace of ideas, sustained by a populace constantly contributing original ideas and receptive to the ideas of others.’

One possible approach to this reputed decline in creativity is to explicitly teach creative thinking in school. Write to your school board explaining what you mean by creativity and arguing for or against the creation of a class in creativity.”

The AP English Language and Composition exam is extremely writing intensive. Be ready for that. But also relax into it and try to get in the flow of writing. One of the challenges of this test is mustering the creativity required for good writing and persuasive arguments under the pressure and time crunch. As always, practice will help. To solidify your test-taking skills and gain confidence in writing essays under pressure, try working with a tutor. TakeLessons has a wide variety of excellent English, writing, and test prep tutors available to cover all your needs. 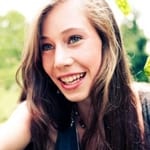