As a game, chess is traditionally divided into three phases: the opening, the middlegame, and the endgame. While all three are important, today I’m going to help you start out strong in the opening. When I first learned how to play chess, I played openings that really did not help me improve and left me with an awkward start to the game more often than not. Eventually, I adopted some of the openings that I will show you in this post and my rating skyrocketed. 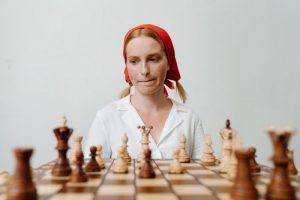 The first thing to know is that there are certain principles that, if followed, will lead to the opening phase going smoothly for you. I like to divide these into three major principles (any other principle is really just a subset of these ideas).

The three major principles are:

This was the very first thing I learned about chess. Controlling the center of the board (the e4, e5, d4, and d5 squares) allows your pieces to be flexible and dominant. Putting pieces on the edges of the board restricts their movement and often excludes them from play.

You can’t fight a war without an army, so don’t leave your pieces at home! Getting your pieces off of your back rank doesn’t just help you attack, it also helps you defend better. There really is no excuse to play passive chess. Be active!

3. Get your king to safety.

If the king is checkmated, then you lose the game. So king safety will always be first on your list of priorities. Usually keeping the king safe means castling and avoiding pushing the pawns on the side where your king is. Leaving the king in the center of the board will usually lead to his downfall. 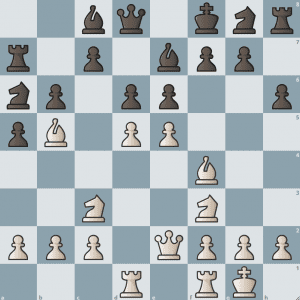 Here, black has broken all three opening principles and white is completely winning just twelve moves into the game.

As a beginner, you should learn chess openings that follow the major opening principles closely. Learning these openings will not only help you improve your overall chess game, but they will also take you all the way to becoming World Chess Champion (a realistic goal for all of us). Some of the oldest and best openings are incredibly logical and sound. Here are some of my favorites:

This opening was first written about in the Göttingen manuscript  (the oldest work about modern chess) and is named after a 16th century Spanish monk. The Ruy Lopez is an opening that revolves primarily around a long-term plan to control the center—our first opening principle. This is an opening that has been in the arsenal of every World Champion. 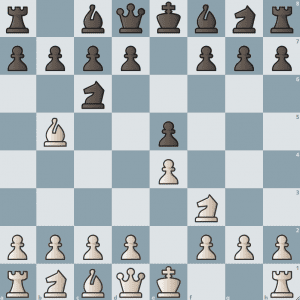 The Ruy Lopez starts with the moves 1.e4 e5 2.Nf3 Nc6 3.Bb5—after the light-squared bishop moves to the square b5, we have The Ruy Lopez on the board. The idea behind the bishop move is to attack the defender of the e5 pawn and sometimes if black isn’t careful, white can take the knight on c6, leaving the pawn on e5 defenseless.

Not just a Netflix show! The Queen’s Gambit is also an opening that controls the center but this time, white will sacrifice one of their pawns (known as a gambit). Fun fact: this opening featured in 32 of the 34 games during the World Championship match between Capablanca and Alekhine. 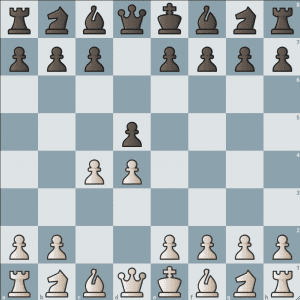 The Queen’s Gambit occurs after the moves 1.d4 d5 2.c4—with this move (pawn to c4) white tempts black to win a pawn with 2…dxc4, which would allow white to take complete control over the center of the board with the follow up 3.e4. Sometimes a sacrifice of a pawn is justified and history has shown that the Queen’s Gambit is a sacrifice of the highest quality. Oftentimes black will decline the offered pawn with the move 2…e6 (known as the Queen’s Gambit Declined). With 2…e6 black agrees that the center is not worth a pawn and a complex battle begins with black already on the defensive.

The Nimzo-Indian is arguably the strongest opening for black. This is due to its flexibility and its strict adherence to opening principles. Unlike the others on this list, The Nimzo-Indian is a relatively new opening developed by Aron Nimzowitsch in the early 1900’s. The opening is an offshoot of the Indian Defense first played by Moheschunder Bannerjee and Mir Sultan Khan. 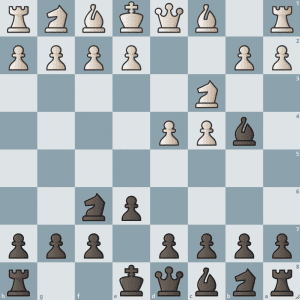 After the moves 1.d4 Nf6 2.c4 e6 3.Nc3 Bb4 we have a position that might remind you of the previously mentioned Ruy Lopez. Black is putting pressure on white indirectly using the bishop and trying to make the move pawn to e4 impossible. Black’s plan involves using quick development of their pieces to control the center instead of using pawns. After these moves you might also notice that black is ready to castle and get their king to safety (our 3rd principle).

How to Learn Chess Openings

So how does one learn these openings? Well for someone starting out this post alone should get you up and running but as you improve so will your opponents and opening theory (the study of which moves are best at the start of a chess game) can go deep. Some players have an opening memorized up to 25 or 30 (!) moves deep. So it is important to continue expanding on your knowledge. Here are my four recommendations for expanding and maintaining your opening repertoire.