Wondering about the best way to learn Hebrew? You’ve come to the right place! Hebrew is one of the world’s oldest living languages, and it has had a huge impact on the world we live in. It’s spoken by millions of people around the globe and is learned as a reading language by millions more.

Hebrew is one of the few languages today that connects us with people from 2000+ years ago. Its relationship with the Ancient Near East and other Semitic languages makes learning Hebrew an excellent starting point for people interested in that part of the world.

However, Hebrew is not for the faint of heart! For native English speakers who are just starting out, the learning curve is steep because of how “foreign” the language seems. If you want to know how to learn Hebrew in the most efficient way possible, read this article first. We’ll share five things you should know before getting started.

5 Tips Before You Learn to Read Hebrew

1. Hebrew Reads from Right to Left 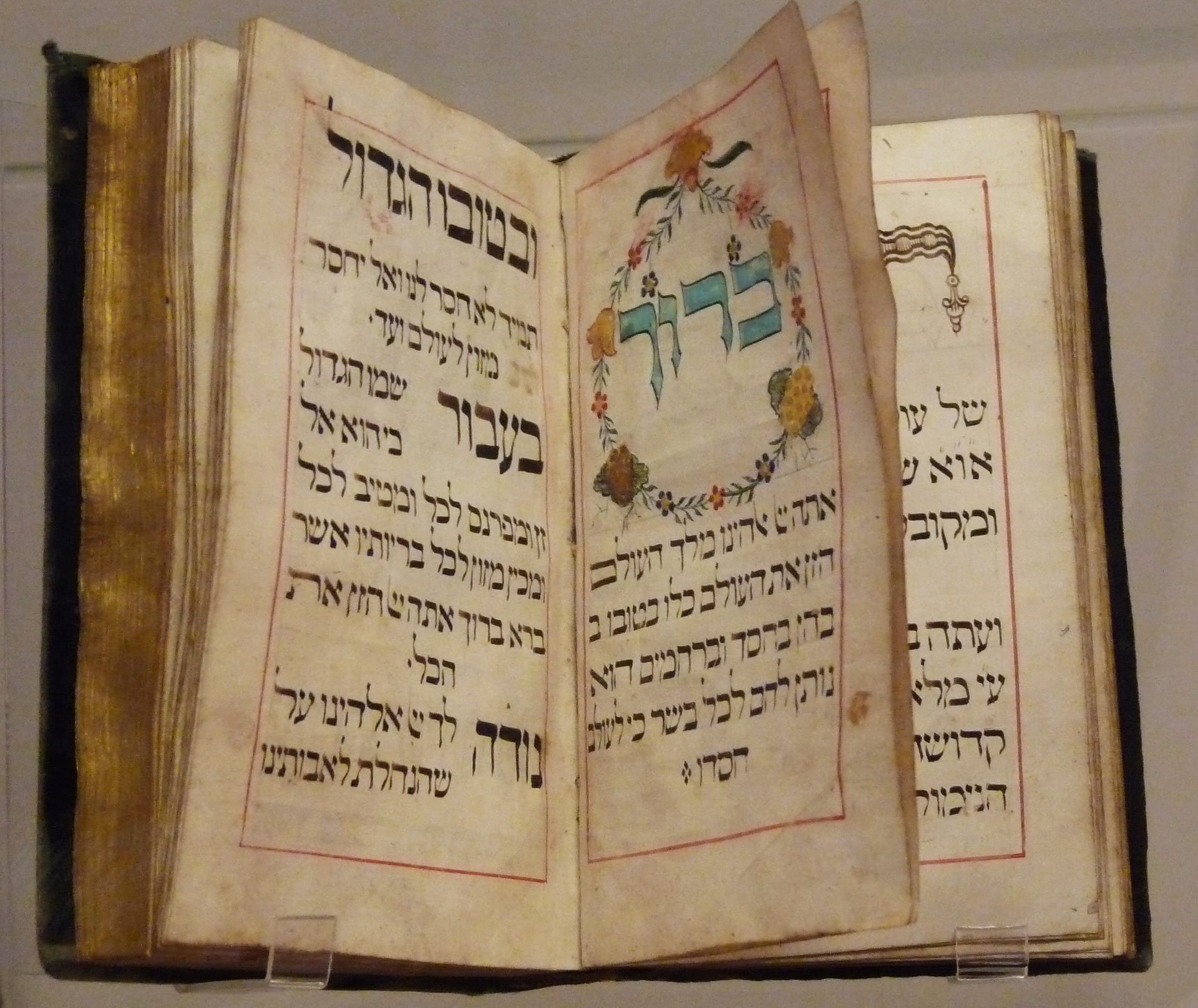 When laying a Hebrew book on a table, if the front cover is facing up, then the binding will be on the right-hand side. It may seem different at first, but Hebrew students should remember that at some point, they were unable to read from left to right, too! Every new skill takes practice, especially when it’s the opposite of what we’re used to.

It doesn’t take nearly as long as you might think for right-to-left reading to begin to feel natural. If you’re interested in discovering how to learn Hebrew fast, the secret is to put in at least a little practice every single day. When you put in the time to practice regularly, then reading in Hebrew will start to feel much less foreign before you know it.

2. Hebrew was Originally Written Without Vowels 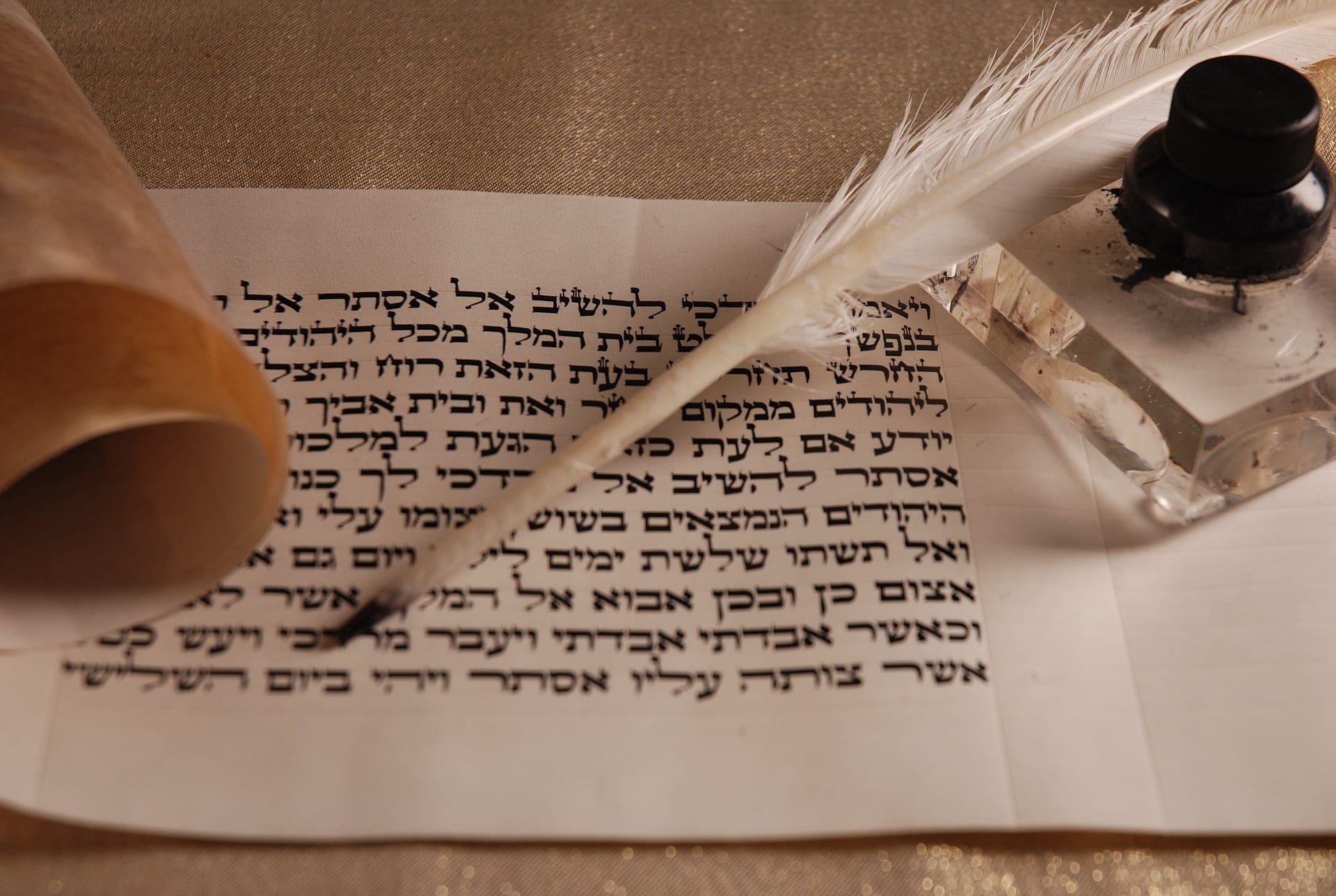 Many scholars trace the development of Hebrew to the end of the 2nd millennium BCE. Yet, for close to 2,000 years, the written language never actually included pure vowel markings in the text.

Over time, a few of the consonants became special markers for certain vowel sounds, but it wasn’t until the 8th century when vowels were added to written text using a series of dots and dashes. These vowels were placed above and below the letters already in use.

If you travel to Israel, you should expect to see newspapers, books, advertisements, and more written without vowels. For those who know Hebrew fluently, reading these texts isn’t a problem. In time, you’ll be able to navigate written Hebrew, even when there are no vowels in sight. 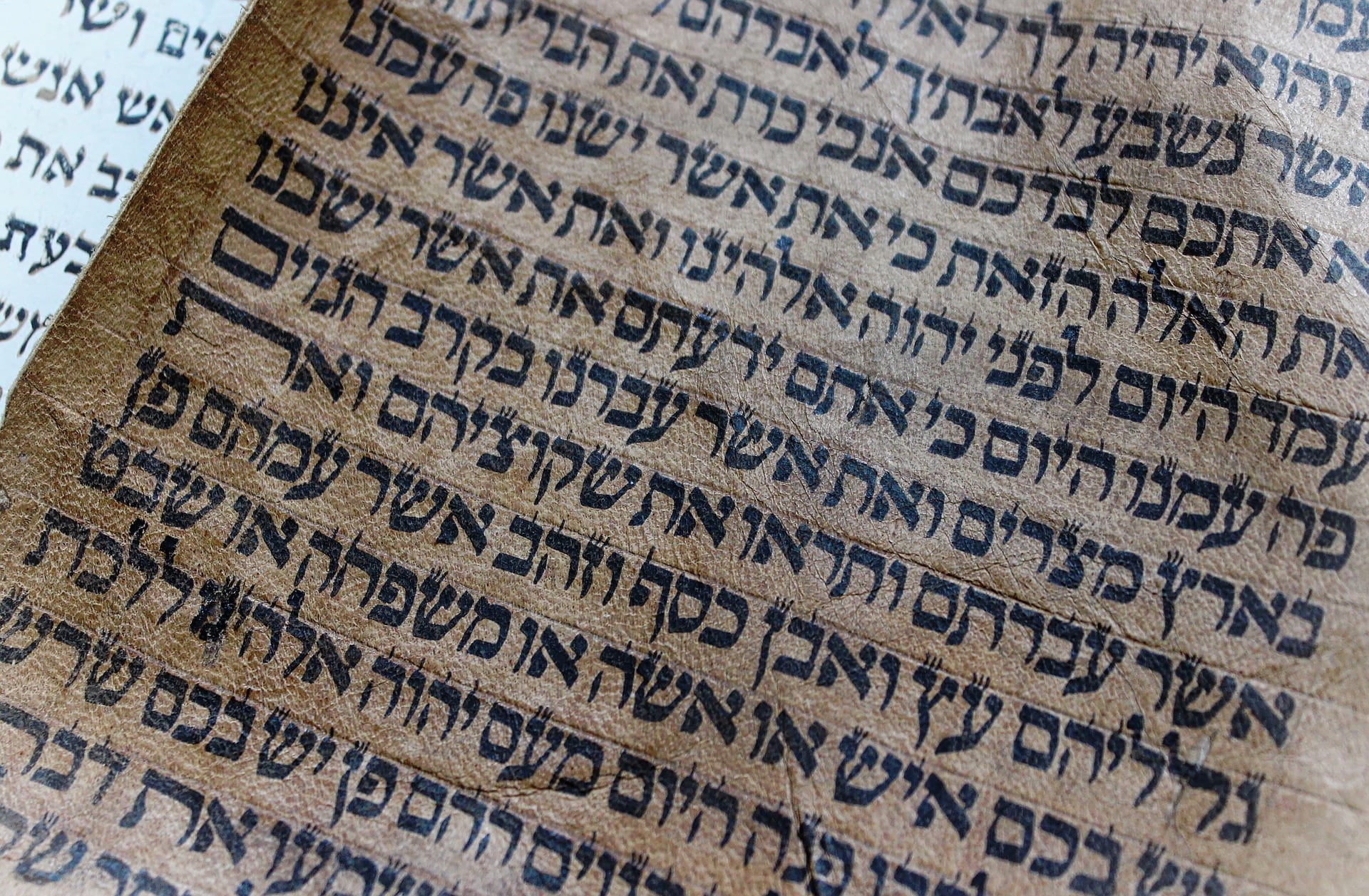 While the Hebrew language has words for its numerals (one, two, three, etc.) and its ordinals (first, second, third, etc.), there is a shorthand used to shrink the space down considerably when writing numbers.

In English, we do this by using completely different markings altogether for our numbers (1, 2, 3, etc.). But in Hebrew, this is done by using letters from the alphabet.

The first nine letters of the alphabet mark out the numbers 1 through 9. The following 13 letters mark off values between 10 and 400. An additional symbol is added to help with numbers over 1,000. 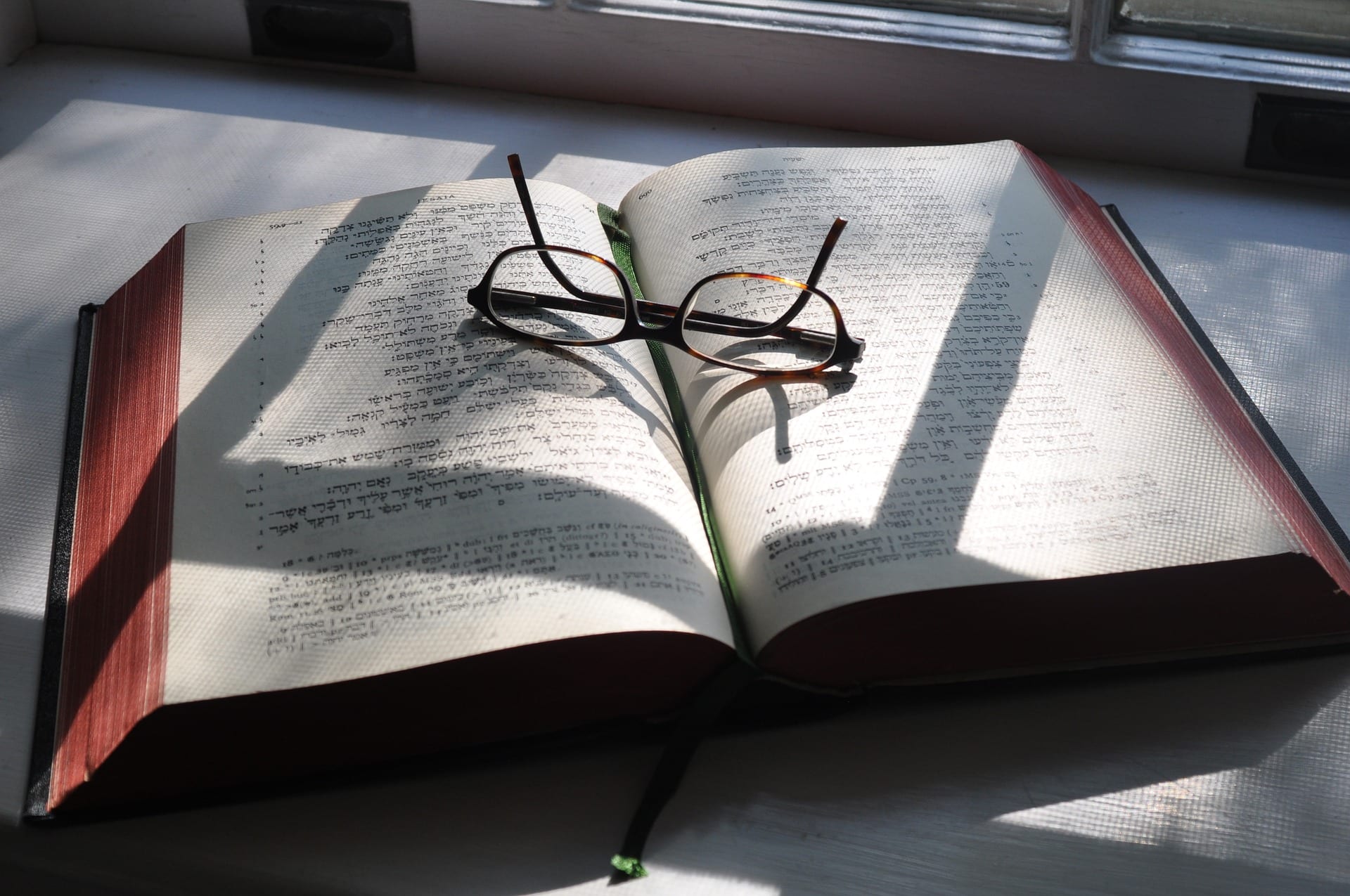 When English-speakers first explore how to learn Hebrew, they can feel like their linguistic world has been turned on its head. These students will struggle unless they take the necessary time to learn the alphabet well, and get comfortable reading from right to left.

There are a number of solutions to learn to read Hebrew with greater fluency, but the trick is consistency of exposure to the text. Students should practice daily as opposed to weekly, even if it’s for shorter amounts of time. Even fifteen minutes a day can get you farther than putting in an hour a week.

When you study Hebrew, you have to remember that you’re learning when you recall the language, not when you review it. So, make sure you have time to recall what you are learning. This means integrating elements of the language into your daily life. See if you can apply your vocabulary throughout your day. In time, these words and phrases will become second nature.

One of the best ways to learn Hebrew, or any other language, is to actually write down phrases and sentences rather than just speak them. With consistent practice, you will find that whatever you force your brain to recall, it will remember!

5. Remember What Sparked Your Interest 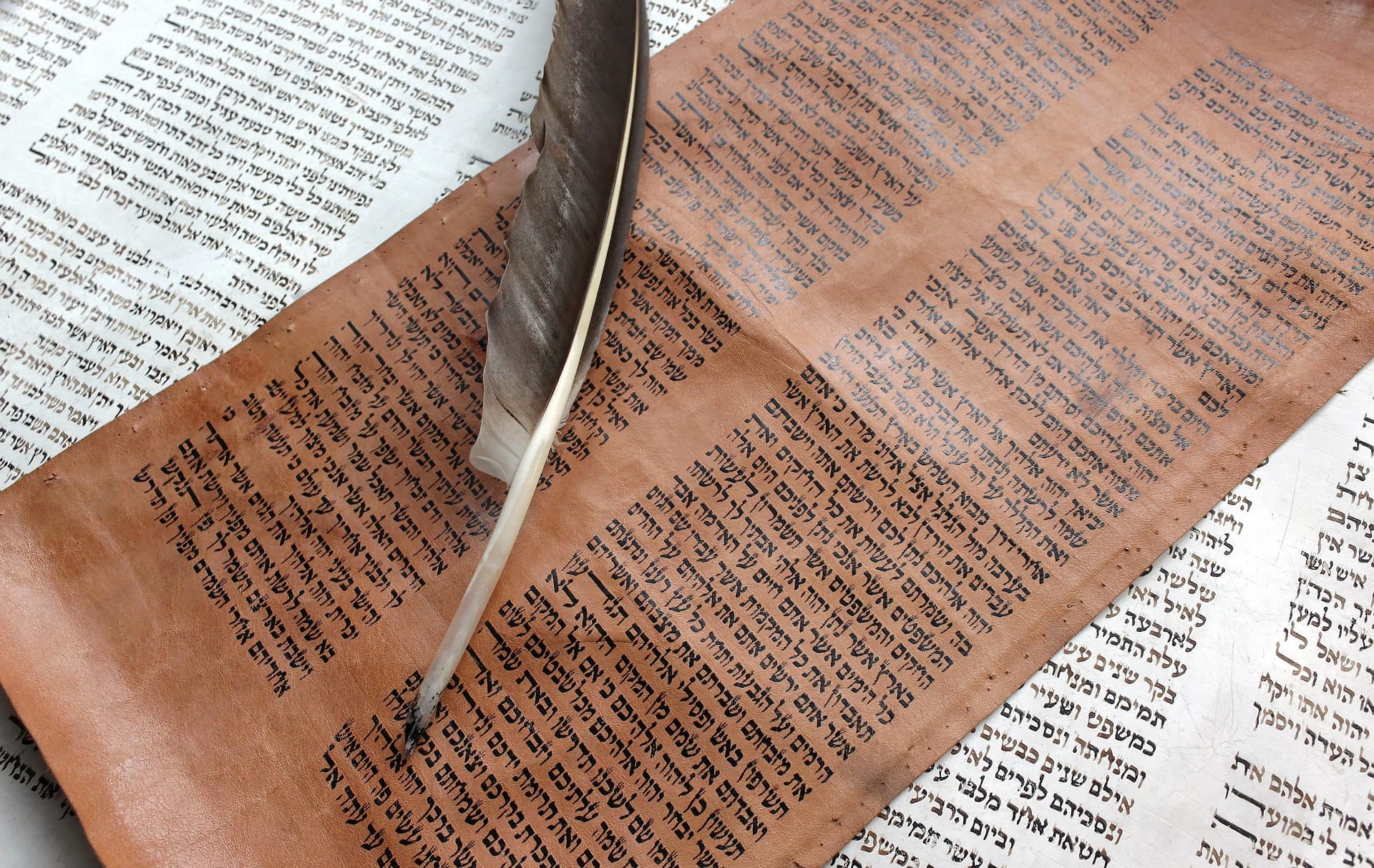 Our brains are wired to remember things that interest us. Why do you want to learn how to read Hebrew? Are you taking a trip to Israel soon? Keeping your reasons top-of-mind will help you stay motivated along the way.

For example, many people choose to learn Hebrew so they can study parts of the Bible in its original language. Known to Christians as the “Old Testament,” the books of the Hebrew Bible have come to exert a massive amount of influence in our cultural heritage.

Their content has shaped western law, as well as cultural assumptions about rights and human dignity. One of the foundational arguments during the abolition movement, and again during the Civil Rights movement, was often cited from the book of Genesis: humanity is made in the image of God.

There are also many phrases from the Hebrew Bible that we still use today. Sayings like “by the skin of your teeth” or “the writing is on the wall,” have been etched into the English language since time immemorial. If you find yourself losing inspiration at any point in your Hebrew-learning journey, get back in touch with what first motivated you to learn. Whatever sparked your fascination with this ancient and influential language, let it continue to inspire you!

3 Steps to Learn How to Read Hebrew

If you are passionate about improving your skills, use the following steps as a guide to how to learn Hebrew fast.

No matter what sparked your interest in learning Hebrew, you’ll find that putting in the time to practice is well worth it. We wish you the best on your Hebrew learning journey!

Have you come across any obstacles while learning to read Hebrew? Let us know in the comments section below!

Guest Post Author: Zachary Stevens has spent the last two years serving as a Hebrew Language Teaching Assistant at Gordon-Conwell Theological Seminary. He has a Master’s in Biblical Studies and is currently working toward a Master of Theology in Hamilton, MA.

One thought on “5 Important Tips on How to Learn Hebrew”