Learning a new language can be tough — especially if you’re trying to speak the language, but you’re not sure how to pronounce certain words! Here, Atlanta, GA tutor Sean U. shares a few tips to remember for pronouncing Spanish words…

During my travels through Central and South America a lot of people have asked me which language is easier to learn, English or Spanish. I always answer saying that English grammar is simpler than Spanish grammar, but it’s easier to learn pronunciation in Spanish than in English. For the purpose of this quick lesson, I want to explain why pronunciation is easier in Spanish and teach you some easy-to-learn tips on how to pronounce Spanish words.

If you are a native English speaker, you may not realize it, but pronunciation can be very complicated — especially because of the vowels. There are long vowels and short vowels, and each vowel’s pronunciation is determined by other vowels and consonants in the same word. Here is a quick example to prove it using the letter ‘u’: run, ruin, tune, and tribune.

The word run is pronounced with a short u. Yet, accompanied by the i in ruin or the e in tune, the vowel becomes a long u. The last word in the example, tribune, is accompanied by the same e as tune, yet the u is complemented by an imaginary y in front of it when spoken. There are many more similar examples in the English language where each vowel has numerous pronunciations that the speaker has to identify that take can take a long time to learn.

Lucky for you, the purpose of this article is to understand the simplicity of Spanish pronunciation and its vowels, not the complexity of English. Let’s start with vowels again. In Spanish, vowels have one universal rule: they are always pronounced the same, no matter what. Below is a list of how to pronounce each vowel in Spanish:

As far as consonants go, the majority of them are pronounced the same with a few exceptions:

Here are some additional tips to help you pronounce Spanish words:

By studying these pronunciation rules, you can be on your way to learning how to speak Spanish. All it takes is practice. 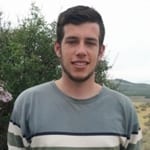 Sean U. teaches Spanish in Atlanta, GA. He received his Bachelor’s degree in Economics and minor in Spanish from Georgia Southern University. Learn more about Sean here!