Prepping for the upcoming ACT? Check out these tips from tutor Danh L. to calm your fears and take the test with confidence!

The April ACT is imminent.  Many students worry increasingly around this time as perhaps they feel they haven’t studied as diligently as they could have.

Don’t fret, though!  With less than three weeks left until the test, progress can still be made if you’re willing to follow the steps outlined below and dedicate at least 45 minutes a day to studying (1-2 hours would be best though).

Take ACT Practice Tests to Build Stamina
The ACT test consists of four sections that total two hours and 55 minutes long, but with administrative instructions, waiting time, and the optional writing section, you’re actually probably at the testing site for 4+ hours.  I’ve seen many a student put his head down in the middle of a section when there’s still plenty of time left.  This usually happens more often in the later sections as students simply run out of gas and their brains are fried.

For students looking for quick gains, the above observation should be incredibly helpful: Stay awake, don’t give up, and use all of the time available, and you’ll be ahead of many students already!

If you want to avert the situation completely, get used to what taking a 3+ hour test is like… by actually taking these tests under timed conditions!  Taking tests will give you the stamina you need to stay focused for the entire marathon.  Only by taking real timed ACT practice tests will you practice and understand the importance of time management and pacing that’s necessary to do well on the ACT.  I’ve seen examples of students improving one to three points on their composite score just by taking the test again because the first time around they didn’t budget their time wisely and weren’t able to see many of the questions at the end of the exam.

The Real ACT (3rd Edition) is a great resource, with five complete practice tests all with answers and detailed answer explanations.

Review Tests for More Improvement
The act of merely taking a practice test or two is probably the most important activity you can do right now, but to get further benefit, you’ll want to review every question you got wrong on your practice test. Moreover, identify the problems you got correct but guessed on or took a while to do.  On a clean sheet, redo all these problems without looking at any of your previous notes as much as possible.  Check your answers again.  Did you get them right this time?  Were you able to solve the problem quicker than before?  Whether you got them correct the second time around, it would benefit you immensely to read the official answer explanation.  However, sometimes the book’s explanation may seem vague and confusing to you.  Don’t stress out about it, and don’t spend too much time on a problem you don’t understand.  Pick up what you can, and move on to easier problems.

Do you think taking the ACT practice tests are long?  Reviewing it properly as described above might take even longer!  In addition, be prepared to struggle.  The key to dealing with these frustrating times is to always find something positive you learned from each of your study sessions.  Feel confident you are improving a little bit every day.  I encourage my students to take frequent but brief “laugh attack” breaks where they queue up some hilarious videos online that will help them reduce their stress hormones.

After grading this practice test, examine your errors and problems you found difficult or guessed on but still got correct. Are they similar to the problems from your first practice test?

What if it’s the middle of the week and you can’t take a 3 hour test in one sitting? While it’s best to simulate the test as much as possible to build the stamina you’ll need, if necessary you can take each of the four sections of the test individually on different days. Just know that you won’t have an accurate feel for how tired you’ll actually be on the real test date.

One last thing: Don’t cram too hard by taking all the practice tests from the ACT book in this short time frame.  You’ll likely burn yourself out. Two tests are probably the optimal amount.

The process and strategies described in this post are the exact ones I used when I was studying for the ACT.  I didn’t have a tutor to explain problems or pinpoint my weaknesses, but I did have determination, consistency, time, and the official Real ACT book. 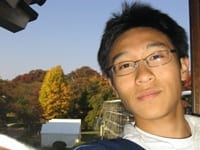 Danh L. offers SAT and ACT tutoring in Rochester, NY and online. Although he understands these tests don’t determine intelligence and future success, he wants to make more parents aware of how important they are for getting into college and for obtaining thousands in scholarship. Learn more about Danh here!