One of the most common weaknesses for amateur musicians is a lack of music theory knowledge. Many people assume that learning theory is difficult (it isn’t) that it has no practical purpose (it does), or even that it will actively make them worse at making music (quite the opposite).

I’m here to convince you that learning a little about how music works is one of the most important skills you can develop and should absolutely be part of your daily practice routine. Here are five reasons why you should be devoting some portion of your practice time to learning music theory:

It is the language of music 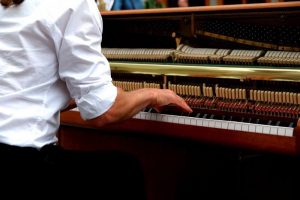 Theory is the most convenient way for musicians to communicate with each other. By understanding chords, scales, and key centers you can explain your ideas to your band mates or understand theirs efficiently and succinctly.

Learning a little theory will open doors for you in terms of playing opportunities. Just as importantly, it will allow you to collaborate more effectively with other musicians. This is equally true of the writing process and of improvisation.

It can get you out of a rut

Inspiration comes and goes. If you want to be a consistently creative person you need to figure out how to be creative even without inspiration. Music theory is a series of tools for creating ideas. We often romanticize the idea of fully formed musical compositions appearing out of the ether a la “Yesterday” coming to Paul McCartney in a dream.

But this is the rare exception not the rule. Most musical productivity is hard work and experimentation. Having a knowledge base to fall back on makes it possible to generate ideas even when the well feels dry.

Almost as celebrated as the song from nothing is the idea of the natural virtuoso whose inborn skill needs no formal training. Jimi Hendrix famously didn’t know any music theory. Neither did Kurt Cobain.

But once again, those examples are the exception not the rule. And what they lacked in formal training they made up for in diligence, practice, and listening. They trusted their ears and played by feel. That is not in-born talent, it is hard work. And one shortcut to developing that kind of ear is to study theory.

It can lead to more interesting musical choices

You can memorize chords or you can learn how to make them. If you memorize a C major chord, you know one way to play a C major chord. But there are actually dozens if not hundreds of possible voicings on the guitar for any given chord. And sometimes the less common ones might be a better fit for what you want to do.

Sometimes a different chord shape will give you better voice leading. Sometimes knowing which inversion to use lets you emphasize certain notes in the melody. Sometimes finding a different register for the chord just works better with the instrumentation or voices in your arrangement. The possibilities are endless if you know how to build and voice chords from scratch.

It absolutely won’t “ruin” your playing. I promise. 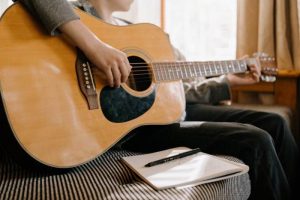 I hear this one all the time. People think if they learn how music works it will cause them to play predictably or to lose their own unique style. Nothing could be further from the truth. Music theory is a descriptive not a prescriptive discipline. It doesn’t tell you what to do (even less so what not to do). It gives you a language to describe what you’re already doing. There are no hard rules in music theory, only relationships.

Understanding those relationships and how you use them yourself can provide you insight into how and why your style works, how you can continue to duplicate the things you like about your playing, and maybe how to continue to improve and refine your style. If you come away from a theory lesson thinking you are doing something “wrong,” you’ve missed the point.

Music theory is not a set of rules that limit you or box you in. It is a set of tools that you can deploy however you like toward improving your own playing and creative process. I hope you’ll decide to find time to improve the intellectual side of your playing as well as the physical. And who knows, you may surprise yourself with what your newfound skills allow you to create.