Learn how to sing opera in a few simple steps! Kidding. Classical music and classical singing have fallen to the wayside in terms of what “the kids” are listening to these days. However, in order to be a career singer or even a technically proficient one, we simply cannot forget where it all came from. Classical technique is the basis for all technique. When I say Classical technique, I’m talking about Opera. Not quite “Phantom of the…” (albeit a great introductory point for sure!), but original opera. In this article, rather than dive in head first into how to sing opera (I would need MUCH more of your time for that), we will be dipping our toes in and getting a sneak peak.

A Quick Look at the History of Opera 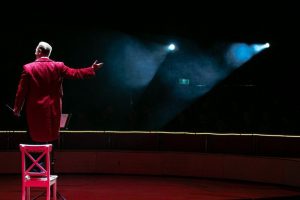 In order to understand opera, I want to briefly dive into its rich history. It is believed that the first opera came about in 1597 by Jacopo Peri and Ottavio Rinuccini. It was called Dafne. The purpose behind creating opera was to adapt greek storytelling to music. Let’s set the scene for a moment.

An entire story needing to be told by way of song, an entire orchestra to back it up, and you, the actor, needing to sell it to the people in the “cheap seats.” As you can imagine, in 1597, there was no electricity and therefore, no microphones to use as amplification. So, what do you do? Project. Even when the orchestra was a simple ensemble (Dafne was a small ensemble consisting of a harpsichord, a lute, a viol, an archlute and a triple flute), the performers were competing with the theater and its acoustics, or lack thereof. Fun fact: not every theater sounds the same.

Depending on what the walls are made of, how many corners there are (if any, theaters with good acoustics usually don’t have many), songs may get lost in the back or bounce right back to you. But, I digress.

So, how did these performers do it? A solid posture, breath control, and a big, open mouth.

Easy, right? Theoretically, yes. Watch any live video of an opera singer and one of the first things you’ll notice about them is their posture. Opera singers are notoriously known for their very straight posture. Even if their character is sitting or lying down, their spine is straight. That is because it’s simply the easiest way to ensure that you’re getting the most use out of your voice that you can.

Now, when I say straight posture, I don’t mean military straight. I mean aligned. As in, your vertebrae are stacked on top of each other but, you’re not tensing any muscles to hold yourself up. This takes some practice and patience so, here is a tool you can do some research of your own on called the Alexander Technique.

If you read my last article, you know that the diaphragm is the number one muscle you need to strengthen to improve your singing overall. Before microphones and electrical amplification were the norm in live music, these performers had to project without harming their voices. Operas can be anywhere from one to three hours long, with the entirety of the dialogue being sung. Talk about endurance!

The vocal range of these performers was also considerably larger than that of singers today. For many singers, hitting higher notes means louder volume. It makes sense, you need more air and diaphragmatic support to get to higher notes, and more of that typically means more volume. However, dynamics are key to selling what you’re singing, so being able to hit a higher note at both pianissimo (very quiet) and fortissimo (very loud) means having laser-focused breath control. Still giving enough air hit the note while holding back just enough to stay within pianissimo. It’s a delicate balance but, when it’s mastered, sounds absolutely bravissima!

A Look at Mouth Shape

Have you ever noticed how open an opera singer keeps their mouth when they sing? How their vowels are dark and long rather than conversational? That’s because they are creating the optimum amount of space for their voices to come out. Take a moment and say “brown cow.” Say it again and this time, notice how much your mouth moves when you do.

What you’re hearing is called a “diphthong” and they are typically avoided in opera and classical singing. A diphthong is a sound formed by the combination of two vowels in a single syllable, in which the sound begins as one vowel and moves toward another (according to google.) So, in “brown cow” you’re probably hearing “Br-ow-oohn C-ow-ooh” with the “ow” and “ooh” vowels being the two.

In opera, the first vowel sound held out, darkened (turned to an “ah”) and the second vowel comes in at the absolute last moment. If you were to sing “brown cow” in an opera, you would pronounce it “Br-ah-n C-aaah.” (disclaimer, the “ah” is meant to sound like the typical “ah” you would sing in a warm up or like in the word “cause”, not the short ah as in “apple”) This space and darkening of vowels allows for the singer to project healthily and also assists with hitting higher notes. 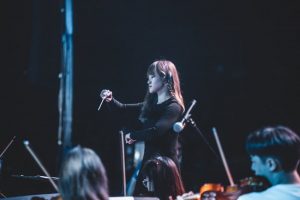 So there you have it! A brief toe-dip introduction into how to sing opera. The key to a long, happy and healthy singing career is taking note of the technique mastered by these original divas & divos. It may seem daunting but, if you’re a Star Wars nerd like me, think of learning to sing opera like Luke Skywalker studying to use the force. Patience and training, you must have, young Padawan, and you too shall be a Jedi Opera Master!