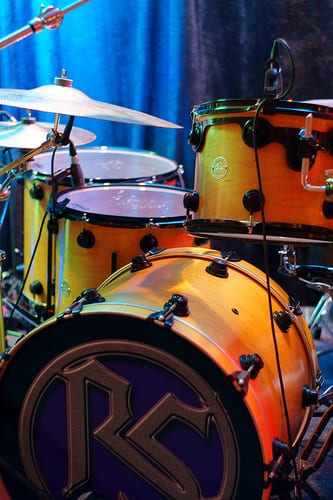 A few weeks ago we discussed how to prepare for a gig, but what if you’re stuck on the very first step of getting through the audition? Check out this expert advice from DC-area drum teacher Andrew T., who has experience working as a musician for Princess Cruises:

As musicians, most of our gigs stem from informal auditions, which are typically very loose and relaxed. But what happens when you are asked to audition formally for a gig with a large corporation? From 2007 to 2009 I worked as a cruise ship show-band drummer and I am often asked by other drummers how to prepare for this type of audition. Here are some of my thoughts on the subject:

Be a proficient sight reader
As a show-band musician, you are expected to adapt to new entertainers on a daily basis. In most cases, the first or second run-through of the show is the show itself. Needless to say, sight reading chops need to be sharp and this is the main area where otherwise great drummers have blown the audition (and the gig). The best way to get used to sight reading new music is to get a hold of any and all sheet music you can. For myself, drumming in my college Jazz Big Band provided lots of valuable practice sight reading.

Have a supply of “stock” grooves
No musician is expected to be a master of all styles, and every musician has their own area of specialty. However, in a gig that encompasses many different genres, it is necessary to be able to at least fake your way through a tune. If a band leader calls out a specific style of music, the drummer should have a go-to groove that will hopefully fit the bill. Some grooves that are typically called for on a cruise gig include: rock (of any variety), funk, swing, waltz, rumba, tango, cha-cha, bossa nova, samba, foxtrot and 2-step. I encourage everyone to listen to as much, and as much different, music as they possibly can and to perform at every possible opportunity. You never know when that experience may come back to help you!

Play in a direct, no-nonsense way
The person who is conducting the audition is more than likely not a drummer, so try to imagine what they would want to hear from a drummer. While another drummer would be thrilled to listen to complex and over-the-top drumming, playing in a meat-and-potatoes way will greatly increase your marketability; it’s all about timing and groove! Additionally, playing (and presenting yourself) in a confident manner during an audition will show that you are able to perform well under stress and, hopefully, lead a band with the same confidence.

The audition
Auditions come in all shapes and forms. When I auditioned for my cruise ship gig, it was mostly based on a press package I put together that included a CD of audio samples showing my diversity, a performance video, my resume and a glossy head-shot photo. After this was reviewed, I was given a phone audition where I was emailed two big-band charts and called minutes later to play them over the phone. Although this was not acoustically optimal, it was used to test my sight reading (and to make sure I wasn’t bluffing with the other materials!). After I landed the gig and had been at sea for some time, I was told that my musical diversity (I had performed in several local bands) and friendliness were key factors in my being hired. So, be prepared, be professional, and be positive! Good luck!

Andrew T. teaches drum lessons to students of all ages in College Park, MD. He has experience in musical groups of all types, including rock and pop, big band, world music, orchestral, and small combos. Learn more about Andrew here!