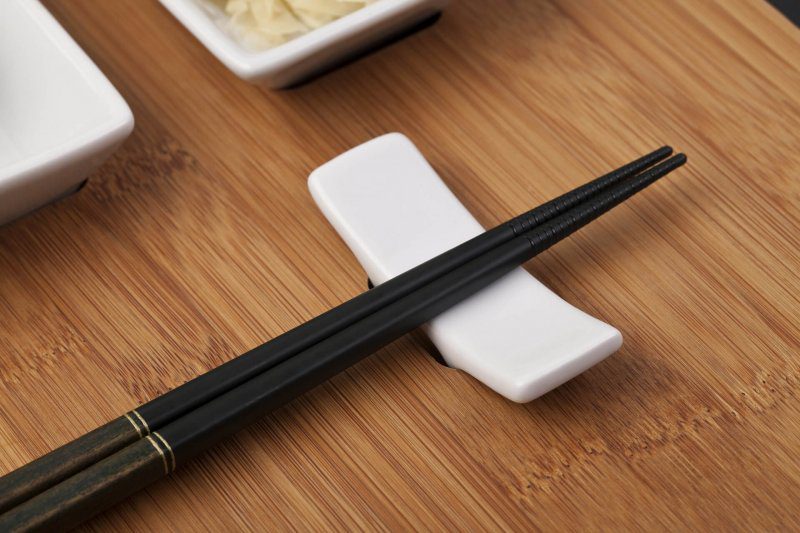 Every culture has its own set of legends, myths, and superstitions. And Japan is no exception! Japanese culture dates all the way back to 35,000 BC., and so do some bizarre but really interesting Japanese superstitions.

In the US, a rabbit’s foot brings good luck. But, who came up with this? We don’t know, but it is an interesting superstition!

So, what are some superstitious beliefs in Japan? Let’s check them out!

What Are Some Interesting Japanese Superstitions?

Just like most cultures, Japan has some interesting beliefs that come from unique stories and ideas. From good luck omens to supernatural animals, here are our favorite bizarre Japanese superstitions. From not cutting your fingernails at night to how chopsticks can cause misfortune, get ready to be intrigued!

Did you know Japanese Buddhists believe that inanimate objects, like dolls, have spirits? There are a number of Japanese stories about dolls or other inanimate objects coming to life. Japan even holds an annual ceremony called Ningyo kuyo, where owners pray for dolls before they are discarded.

In Japanese, shio means salt. However, it sounds very similar to shi, the Japanese word for death. Today, some people in Japan believe that saying this word at night could lead to something terrible.

Breaking a Comb is Bad Luck

Ever heard that breaking a mirror is bad luck? This is similar to the broken comb omen. If you’re in Japan, make sure you’re extra careful with your comb!

This is one of the more common Japanese superstitions. Many people around the world believe certain numbers are lucky and unlucky. But, how true is this really?

In Japan, the numbers four (shi, also the word for death) and nine (ku, rhymes with kutsuu which means “pain”) are considered unlucky. As a result, some buildings in Japan don’t have fourth or ninth floors.

On the other hand, the number seven is considered lucky in Japan. Japanese Buddhists celebrate a baby’s seventh day of life, the Shichifukujin are the Seven Gods of Luck, and Japanese people celebrate Tanabata, (the Evening of the Seventh) each summer on July 7th.

Bird (and other animal) Droppings Are Lucky

One of the quirkier Japanese superstitions, this icky incident is actually lucky. This belief comes from the word un (運), which means ‘luck’ in Japanese. It’s pronounced the same as the word for excrement.

Some superstitious beliefs in Japan suggest pickled plums can bring good luck and prevent accidents. Many believe that you should eat an umeboshi (pickled plum) every morning for protection.

Predict the Weather With Your Shoe

Who needs fancy meteorology equipment when you can use your shoe to predict the weather?

Don’t Say Kaeru or Modoru at a Wedding

Japanese wedding superstitions claim that it’s bad luck to say kaeru (to go home) or modoru (to return) at a Japanese wedding. Doing so will supposedly jinx the marriage, and cause the bride to leave her husband and return home to her parents.

Omamoris are amulets that contain prayers. According to Japanese superstitions, you can have an omamori for safe driving and good health.

Omamoris can also help you perform well in school or help you in other situations where you need some divine intervention.

Don’t Step on a Tatami Mat

Tatami mats are common in traditional Japanese homes. Many tatami mats contain family emblems, so stepping on the border of a tatami mat is considered bad luck in Japan.

Kitsune is the Japanese word for “fox,” and in Japanese folklore, foxes are believed to possess supernatural abilities.

There are good kitsune (zenko or myobu) that bring good luck and ward off evil spirits. Yako and nogitsune are malicious kitsune, and they play pranks and tricks on humans.

Don’t Take Pictures of Three People (Side by Side)

Now, this one is one of the most interesting superstitious beliefs in Japan. Be careful how you stand when you take pictures with friends or family members.

According to Japanese superstitions, the person in the middle will die before the other two people.

You may already be familiar with this Japanese belief, since you can find these lucky cat figurines in most Asian markets and restaurants.

The maneki neko (beckoning cat) is usually perched in the front of Japanese-owned establishments to bring the owners good fortune.

A raised left paw attracts customers, and a raised right paw brings fortune. You may even be able to find a maneki neko with both paws in the air.

Don’t Stick Your Chopsticks Upright in Your Food

A Monster Can Make You Get Lost at Night

A nurikaba is a wall-shaped Japanese monster (yokai). According to Japanese urban legends, the nurikabe appears at night and can impede a traveler’s path, causing him or her to get lost for days.

Have you heard about any other superstitious beliefs in Japan? Share them with us in the comments below!

Now you know some of the most bizarre Japanese superstitions and urban legends. If you’re superstitious, maybe you can use these beliefs to bring good luck and fortune to your personal and professional life.

Japan has a very rich history, and learning about Japanese culture is a great way to enhance your language-learning experience. To learn more, consider working with a specialized tutor!