Going solo isn’t easy. Once you leave a famous band, it’s hard to achieve the same level of success on your own. In this article, Jessica Kane from SoundStageDirect discusses five solo albums from famous musicians that just didn’t cut it…

There are unknown reasons as to why some famous musicians feel the need to try to wing it on their own. Some have found great success upon breaking away from their band, while others have only put more nails in their creative coffins.

Ready to hear what many consider some of the worst albums by solo artists? Here are five horrible solo albums from famous musicians:

The Beatles are perhaps the most famous rock band of all time. Paul McCartney, John Lennon, George Harrison, and Ringo Starr have all had successful and well-received solo albums in their post-Beatles lives. However, Gone Troppo by Harrison is one of the weakest releases of the bunch.

To say that George Harrison is full of talent is a massive understatement, but his charm, skill, and focus fell short with this album. It’s generally regarded as underwhelming and does not capture the magic that Harrison has brought to other albums. Listen to the title track and hear a part of George you haven’t heard before:

2) Two Sides of the Moon by Keith Moon

Keith Moon is known as one of the most iconic and powerful drummers in rock history. His thunderous hammering can be heard across all of The Who’s powerhouse albums of the 1960s and 1970s. Two Sides of the Moon delivers you on a half hour journey to a much too dark side of Moon that is best left unexplored.

The tracks on this album are as lifeless as the actual moon. Keith Moon, while a savage drummer, is a pitiful solo artist. He lacks the talent of most famous singers, and despite an impressive lineup that includes Joe Walsh, Ringo Starr, and a rumored David Bowie, Two Sides of the Moon plays more like a strung-out mishap.

This is what happens when you let someone as wild as Keith Moon alone to his own devices inside of a recording studio, with the intention to do a vocal cover album.

3) This Time by Melanie C

The Spice Girls treated the world to energetic, fun, and sexy pop music that bred a cult of millions of Spice wannabes and fashion-deficit followers.

Sporty Spice, or Melanie C, tried to capture some of that same success in a post-Spice Girl world but fell flat on her face. While not one of the worst albums of the last 100 years, This Time is just unoriginal and dull. This was Melanie’s fourth solo effort and one of her weakest. In contrast, Northern Star was a solid pop experience that had good energy and lasting themes.

Let your bleeding ears check it out here:

This album deserves to be ranked among the worst albums of all time on every list of bad albums, ever. The Jonas Brothers are known for their cute pop rock that caters to pre-pubescent teen girls. Nick Jonas tried to set himself apart with this edgy attempt at a solo album.

The blues is universal, as everyone feels suffering and angst, but Jonas needs to keep out of the blues world. This track is all the reason to stop listening to Nick Jonas:

5) Oh Yes I Can by David Crosby

David Crosby is perhaps best known for his influential work with the supergroup Crosby, Stills, Nash, & Young, but as a solo artist, he’s been hit and miss. Oh Yes I Can is a definite miss.

Released in 1989, this album does not bring the listener the same deep emotional satisfaction that was found in previous releases. Crosby is an excellent songwriter and performer, but he should have kept this one to himself. The impact he found in other hits is missing from this release.

Know any other horrible albums from famous musicians? Comment below! 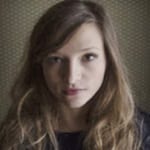 Post Author: Jessica Kane
Jessica Kane is a music connoisseur and an avid record collector. She currently writes for SoundStage Direct, her go-to place for all turntables and vinyl equipment, including VPI Turntables.