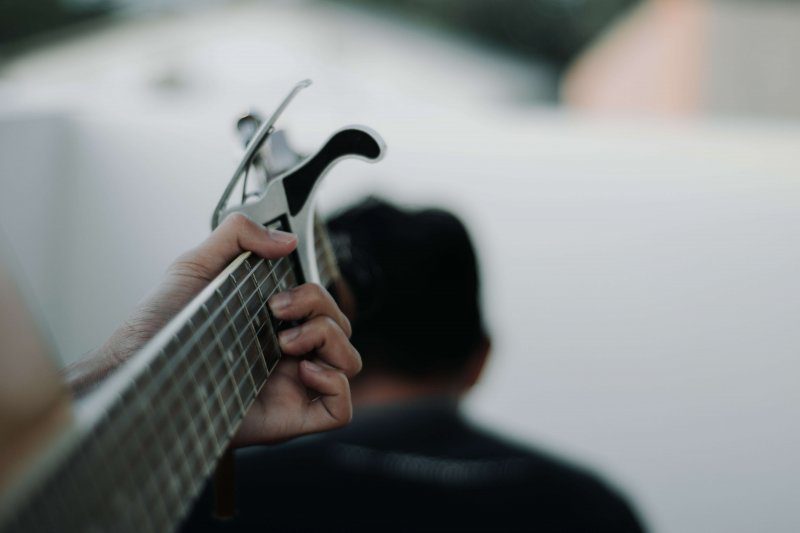 Are you new to playing guitar and wondering: what is a capo? If so, you’re in the right place! We’re going to share everything you need to know about a guitar capo (or guitar clamp) from how it works to what it can do for you.

For a quick intro: A guitar capo is a helpful device that allows you to easily change the key of a song while using the standard “open position” chords that every guitarist knows. With a capo, you can play those same chords in any fret position along the neck of the guitar. Keep reading to find more answers to all of your capo questions!

What is a Capo?

A capo (pronounced “cape-oh”) is a small clamp that you can attach to the neck of the guitar at a specific fret. Let’s say you attach the capo at fret two. It’ll squeeze down all of the strings at fret two and keep them pressed down. So it’s like you’re playing a note at fret two with your finger, but on all six strings simultaneously.

If you were to lay your index finger across all six strings at fret two and press down hard enough so that all the notes at fret two sounded clearly on each string, that technique would be called a “barre.” This barre technique is used by guitarists all the time, but if you are just beginning you may not have tried it yet and when you do, it will take a few weeks to master.

Attaching a capo is a much easier way to achieve the same result. You could say that the capo produces a permanent barre at a specific fret. Now let’s look at what exactly happens when you have a capo attached to your guitar.

What Does a Capo Do?

Now that we know what it is, let’s take a look at what does a capo do? It keeps all of the guitar’s strings depressed at that specific fret, all of the time. The parts of the capo that squeeze the strings against the fretboard are made of rubber, so they don’t damage the wood on your guitar.

Let’s use the capo attached at fret two as an example again, although you can put the capo across any fret. Once the capo is on, when you play your strings open, the notes that sound are not E, A, D, G, B, and E (the notes of open strings six through one). Instead, they are F#, B, E, A, C#, and F#.

We say these notes are “one tone higher” or a “whole step” higher (the distance of two frets) than the normal open string notes. If you think of fret three as if it were fret one, and form a C chord as you normally would (but above the capo), it will sound as a D chord.

To hear the sound of a guitar with a capo on, listen to “Here Comes the Sun” by the Beatles. The capo is on fret seven and it gives the guitar a bright, mandolin-like quality. The chord progression would be in the key of D major, but with the capo on, it comes out in A major.

Tips for Using Your Capo

While a capo is an excellent tool for beginners, it’s really nice for any level guitar player to use. Here are some tips for using your capo.

SEE ALSO: 5 Guitar Gadgets That Will Change Your Life

It doesn’t do much good to know what is a capo is if you don’t have a quality one! With that said, there are a few different capo designs so that you can pick one that’s just right for you.

One of the best capos is the Shubb capo, which retails for about $16 on Amazon. It’s made of rugged steel and clamps on very securely. This is handy because if you accidentally bump the capo while playing, it won’t pop off and ruin your performance.

If you’re on a budget, one of Amazon’s best sellers is the UGY plastic capo which retails for about $7. This capo uses a spring action and can be attached or moved very quickly by squeezing two levers together. There are many manufacturers making capos in this style.

A third option is the Dunlop elastic capo, starting at around $3. It uses a stretchy elastic cloth that attaches to a rubber-coated, pole piece. Several holes are provided along the elastic to allow for different tensions, as the neck gets wider the higher you go.

Whatever style you prefer, you need to make sure you order the right one for the type of guitar you have. If you order the wrong one, it won’t squeeze the strings correctly. A “steel string” guitar capo has a slight curvature to the part that lies across the fretboard, as the fretboard on a steel string guitar is slightly convex. A “nylon string” guitar capo is wider and very flat.

Key Takeaways: What is a Capo

Many beginning guitarists often ask their instructors, “What is a guitar capo?” Now that you know what one is and how to use it, you’ll be on your way to playing more songs than you thought you could! You’ll also be able to more easily play and sing along at the same time.

Although the capo can be a very helpful tool, try not to rely on it too much. It’s still very important to expand your knowledge of different chords on the guitar. Need some help mastering some of the more challenging chords? Consider working with an expert guitar instructor who can help take your skills to the next level! 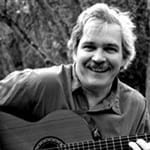 Mike J. teaches acoustic guitar, bass guitar, blues guitar, classical guitar, as well as country guitar in Ogden, UT. He received his Applied Music Degree from Mohawk College and has gone on to receive many certifications and awards since then. Mike is a full time music instructor with over 30 years of experience teaching, performing, and writing music. Learn more about Mike J. here!