Are you a soprano, alto, tenor, or bass? Learn how to determine your voice type in this guest post by Ann Arbor, MI voice teacher Elaina R…

So, you want to figure out your own voice type. You probably just want to know whether you are a soprano, alto, tenor, or bass. Unfortunately, things are a little more complicated than that. The good news? It doesn’t matter as much as you think.

Second of all, have you had any vocal training? If not, your vocal range can change drastically as you learn how to use your voice. I can’t tell you how many times women have come into my studio insisting that they are altos, only to unlock entire octaves of range they didn’t know they had!

That being said, here we go!

There are five broad categories of voice types: two for women and three for men. I’m using operatic voice types here, because they are the most specific than other classifications, but I’ve given pop examples of each voice type as well.

Soprano is the highest voice type. Even the lowest types of sopranos can sing C6 (6th C on the keyboard, counting from the bottom,) or “high C.” The highest sopranos can sing well above that. Pop music sopranos include Mariah Carey, Beyoncé, and Ellie Goulding. These voices have a lighter tambour and easy access to high notes.

These are the operatic soprano subsections, in order of highest to lowest. If you listen, you’ll see just how much variety there is under the one title of soprano – and the other voice types as well.

Some mezzo sopranos can sing C6 (and rarely even higher), but most of them top out before C6. In popular music, singers like Ella Fitzgerald and Adele are mezzo-sopranos. The mezzo-soprano subsections, in order of highest to lowest, are:

Tenors are high-voiced men. They can typically sing up to a B4 in full voice; some of them can sing higher. Examples of tenors in popular music include Justin Timberlake, Bruno Mars, and Adam Levine – look for easy high notes and some falsetto.

There are more subsections for male voices than female voices, so here are some of them (highest to lowest):

Baritones are halfway between tenors and basses. Even the highest baritones typically can’t hit a C4, or ‘high C,” but they can sing down to a G2 or lower. Examples of baritones in popular music include Johnny Cash and Elvis Presley. Here are some of the more common baritone types (highest to lowest):

Basses are the lowest male voice type. To be honest, I can’t think of a single one in popular music (maybe Louis Armstrong). Looks like it’s high time we had one! Basses can sing down to E2 or lower, and their highest notes are around E4 in chest voice.

In the operatic world, here are some of the subsections:

Still confused about voice types? Check out the video below for some helpful pointers about how to find yours!

You can’t pigeonhole voices very easily, since they tend to be versatile and many of the above voice types overlap in range. In the end, it’s more a matter of the tambour of the voice, what the voice sounds best singing, and what repertoire the vocalist prefers. For example, I call myself a light lyric coloratura – I can sing very high, but I also sing plenty of lower repertoire. Some people just call themselves zwichen fach, which means they fluctuate between voice types.

If you listen to some of the examples above and explore your range using a keyboard and good vocal technique, you may be able to figure out your voice type. Knowing your broad voice type can help you choose music that feels – and sounds – good in your voice. Curious about more specifics? Talk to a voice teacher! 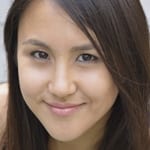 Elaina R. teaches opera voice and singing in Ann Arbor, MI, as well as through online lessons. She is currently working on a Master of Music at the University of Michigan, and she has a B.M. from the University of Southern California. Learn more about Elaina here!

11 thoughts on “How to Identify Voice Types & Subtypes”