As a singer, learning how to adjust your vocal cords is what helps you sing low notes and high notes with ease! This is what happens when we talk about vocal registers. You may have already heard about head voice and chest voice, but what else should you know? Here, voice teacher Elaina R. breaks it down…

Here’s what’s going on in your larynx to cause those changes – and what you can do to avoid the dreaded crack in the future.

What Are Vocal Registers?

Vocal registers are caused by shifts in your vocal cord positioning. A good way to visualize this is with your hands. Try clapping normally, then try “clapping” them using just a portion of your palms. Notice a difference? The same thing happens with your vocal cords.

There are three main vocal registers that I want to address first, starting with the lowest and ending with the highest. To get a better idea of what these sound like, watch this funny video that uses pop music to illustrate different registers.

A quick note on the term “chest voice” — it has nothing to do with your chest. I have no idea why it is called that.

What it sounds like: Strong, lower. Most people speak in chest voice.

Same deal here — head voice has nothing to do with your head.

What it sounds like: Higher, lighter. This is what female opera singers predominantly use.

To learn more about chest voice vs. head voice, take a look at the video below by teacher Melody M:

Whistle tone is relatively rare, but I am including it here because I have it and lots of people ask me about it. I consider it one of the three main registers because there is a strong, defined break between whistle and head voice very similar to the one between head and chest voice.

What it sounds like: Very high, pure. Mariah Carey is one of the most famous users of this upper register.

Vocal fry isn’t really a combination of any two registers; instead, it is considered an “extended technique” or even a vocal fault for classically-trained singers.

What it sounds like: A mix of head and chest voice, very useful for singing high notes in pop and musical theater without sounding strained. High belters such as Ariana Grande and Idina Menzel use this a lot.

I don’t know how popular this one is, but it does exist.

What it sounds like: Lighter, easier notes at the top of the coloratura soprano head voice range (D-F6 for me); slightly heavier notes normally at the lower end of whistle range (F#-A6 for me).

Vocal cord production: Slightly more vocal cord vibration than in pure whistle, but not much.

P.S. If you’re wondering where falsetto is, I didn’t forget about it… I just didn’t think it merited mentioning as a mixed or true register. Here’s why.

So, Why the Cracking?

Cracking between registers normally occurs when a singer snaps from one register to the next. So if you’re singing in chest voice and you abruptly switch to head voice, you might crack.

How can you overcome this? In theory, the answer is simple: learn how to sing in mixed registers and glide in and out of registers.

I used to be a belter, and I had a horrendous crack between my chest and head voice. Only after years of work am I able to glide smoothly from one to the other and fully exploit my chest/head mix. With lots of practice and the right voice teacher, you’ll get there too. 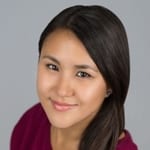