Is your German accent on point? Oftentimes, the hardest thing about learning a new language is mastering pronunciation. German tutor, Trevor H. shares his top tips on how to speak German like a native…

German can be a demanding language to learn. Studying vocabulary and grammar certainly helps, but words and rules can only bring you so far. Mispronouncing words can lead to more confused expressions than a simple grammar goof. So clear that throat, and get ready. Below are five pronunciation tips to help you learn how to speak German like a native.

As my guitar teacher always said, “Don’t play faster than you can.” At first, this phrase might seem silly. After all, how could you do something faster than you actually can? We do, however, tend to rush things when learning a new skill.

The truth is, learning how to speak German is like learning English for the first time. You haven’t had the time to absorb the language enough to really have it sink in. So relax, and remember what it was like when you first started to learn English. Take your time sounding out every syllable and word—which brings us to my second tip.

Did you do it? Chances are it sounded a little strange. By contrast, in German more precise enunciation is not only normal, but it also sounds great. Try it the next time you read German out loud. You’ll notice a marked difference.

3. Master the ü and ö sounds

Ah, vowels with umlauts—ubiquitous in German as they are in heavy metal band names. These sounds do not exist in English and can be a stumbling block for beginner students. Luckily, in this case, it’s a stumble that’s easy to avoid.

Does it sound funny to you? Perfect. That’s what we’re looking for. Now let’s tackle that pesky “ö” sound.

In music, the best way to learn a new style or genre is to continually listen to that particular style or genre. The same notion goes for learning German. In order to speak German with a beautiful accent, you must listen to native speakers. A lot of them. Every day.

There are plenty of websites that feature German speakers. I would suggest something like KiKA (Kinder Kanal). Much like children’s television in English speaking countries, KiKA uses simple language and limited vocabulary. Besides, where else could you discover the bizarre surrealism that is Bernd das Brot?

5. Emulate what you hear

Have you ever mocked the way an opera singer sings? Or tried speaking English with an accent different than your own? This is exactly what you want to do when speaking another language.

People who speak English as a second language have their accent for a reason. You don’t have to feel “weird” about using someone else’s accent, so go ahead and try out your most outrageous German accent the next time you speak German. You may be closer to reaching an authentic accent than you think.

These are just a few tips to make German a little less challenging. If you really want to speak German like a native, nothing helps more than one-on-one human interaction. Joining meetups, for example, is a great way to put into practice what your German instructor has been teaching you. 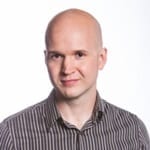 Trevor H. is a German instructor in El Cajon, CA. He studied German in college and has been teaching the language for more than 10 years. Learn more about Trevor here!