The Spanish culture is one of the most beautiful and exciting in the world. It’s no wonder Spain is one of the top travel destinations for tourists every year!

If you’ve already checked out our infographic with 50 interesting facts about Spain, now it’s time to dive a little deeper!

Whether you’re planning a trip to visit this enchanting country, or you’re just curious about it, here’s a little introduction to Spanish culture and its customs. Let’s go – Vamanos!

Spain is a wonderful country for many reasons, but one of our favorite reasons is the food! In Spain there are many bars. On small streets you can find two, sometimes three bars all right next to each other. These bars offer more than just tasty drinks; they usually have delicious food as well!

The tradition in Spain when going out to eat is to go for tapas – small portions of food that used to be made to enhance the taste of liquor. However, the tapas later became just as important as the liquor, and today it’s a highly distinguished cuisine.

As you can see, the food in the Spanish culture usually has a LOT of garlic! They also serve, and are very proud of, their jamón serrano, or rustic ham. It’s very common for bars to compete and claim they have the best jamón.

One thing to be aware of in Spain is the importance and prominence of Roman Catholicism. It’s by far the most prominent religion in the country. In fact, 68% of Spaniards identify themselves as Catholics!

That’s a big statistic, and it explains why there are so many churches and beautifully decorated cathedrals in Spanish culture.

If you’re planning on going to Andalucia during the week leading up to Easter, check out one of the biggest festivals of the year – Semana Santa. The festival is particularly celebrated in Seville and it runs for one week.

This week is a big deal in Spain. Some people will spend all year planning for it! Streets are blocked off, bands will come out and play, and bars and restaurants participate by having specials.

The daily life in Spain is much different than what you find in other countries. You always feel great in Spain because everything seems so relaxed. The streets are relaxed and the people are relaxed.

The key difference in Spanish culture is that people don’t get stressed out over simple things. If you’re five or 10 minutes late for something, they simply say, “No pasa nada!” This Spanish phrase basically translates to, “Don’t worry about it.”

(Of course, when it comes to business meetings and occasions where you have time limits, then this might be frowned upon by some.)

Perhaps the most difficult part of getting used to Spanish culture is the daily work schedule. All throughout Spain, they have the infamous tradition of the siesta. This is an old tradition that involves taking an afternoon nap in the middle of the day, which is usually the hottest time of the day.

The siesta is a wonderful thing if you feel like taking a nap or just relaxing after lunch. The problem is that if you have things you would like to get done, you really can’t go to any stores because everything is closed!

The typical work hours in Spain are from 9 AM – 2 PM, and then the city shuts down.

Afterward, however, things open back up again from 5 or 6 to 10 PM, or even later. This can be a very hard schedule to get used to, but if you’re there (especially in the summer), you’ll see why this tradition is actually very necessary because of the heat!

This brings us to another difference about Spanish culture: people are very friendly because they look at one another as family. In Spain it’s very typical to be close to your family, and this helps them in treating neighbors just the same.

It’s not uncommon for family members to live just a couple houses down the street, or even in the same house together for their entire lives. This creates a strong family dynamic and level of trust between other people you get close to as well.

The nightlife is an extremely exciting part of Spain! In Spain, it’s normal to stay up until midnight or later on weekdays. However, the weekends are when the fun really begins.

A typical Spanish evening out on the town does not start before 11 or 12 PM. People will stay out until 5 AM, or sometimes later when they go out for parties, clubs, or even just drinks!

Other Social Events in Spanish Culture

If you’re a true Spaniard, you might go see an evening bull fight (corrida de toros), or sometimes a night of listening to live flamenco music. The tradition of bull fighting has actually subsided quite a lot in Spain, and now you can only see it in the south of Spain.

Flamenco music, on the other hand, is everywhere throughout Spain. It’s considered a high art form, and you can find flamenco dancers (bailes de flamenco) and shows in almost any city.

In reality, though, not all Spaniards like to go out and watch flamenco all the time. Some do, but it’s actually a spectacle that’s mostly catered toward tourists. The real Spanish thing to do is to go out for tapas and then go see a fútbol (soccer) match.

The people in Spain know how to party!  They also have a lot of holiday time off. In Spain, every saint gets their own holiday, and depending on which city you’re in, or what churches are nearby, you might get a day off (usually three or more per year).

Besides the religious holidays like Easter, Christmas, and Semana Santa, there are many other great occasions to celebrate in Spanish culture. One is La Feria (the fair), or if you’re in other parts of Spain, they might have Carnaval.

This is a time when every city in Spain has their own celebration. Nobody works and it’s fun for the whole week. People dress up in traditional flamenco-like dresses at La Feria, and for Carnaval, everyone dresses up in a ridiculous costume (like Halloween, except it’s for a whole week).

Here are some Spanish phrases and words you’ll hear used a lot around Spain. They might not be in every travel dictionary you can pick up at the store!

This word is just a small exclamation, but Spaniards use it all the time. It can be used in a variety of contexts so it’s a good phrase to know.

These two Spanish phrases are helpful for when you need to ask for things during your travels.

This is a good phrase to know if you’re in unfamiliar places and you need directions from a local.

This is a handy little word that you can pair with a word like como if you want to say “like this/that” (Como así).

These are VERY IMPORTANT words in Spanish, especially when speaking with people you just met!

A Note on Spanish Greetings

It’s good to know how to greet someone politely in Spanish culture. In English, even speaking with people you may not know, it’s common and acceptable to simply say “Hi” or “Hello.”

However, in most romance languages it’s common to greet people you don’t know formally.

These are just glimpses of the cultural experiences you’ll discover in this amazing country. There are many more customs and traditions unlike anything we have here in the U.S.!

The Spanish culture is truly remarkable, and if you get the chance to go to Europe, you must visit this wonderful place. Who knows, you may never want to leave! 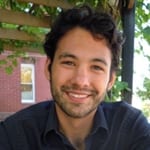