Thinking about auditioning for a televised singing competition like American Idol? Here, Corona, CA teacher Milton J. shares what could be an even better idea…

For years, we’ve tuned into our favorite singing competitions, voting for our favorites each week, and hoping they win the coveted record deal at the end of the season. We’ve watched as the juggernaut American Idol – a derivative of Pop Idol from Europe – gave way to others like The Voice and X-Factor. Many other worthy (and not-so-worthy) opponents have aimed to get a slice of the reality singing competition show pie. Yet, one thing many of us aspiring performers and singers don’t realize is that local and regional singing competitions are actually a much better start than trying for a television show as your first venture into stardom.

I first tried out for American Idol at 17 years old. I was wide-eyed, eager, and willing to do whatever it took to get the smile from Paula, the fist pump from Randy, and the tepid accolade from Simon. What I soon realized over my two-day endeavor was that this was about 85% TV production and faux-reality, and only 15% singing competition and talent search. The Voice and X-Factor are no different. That does nothing for the kid who makes it to the round right before getting on television as their first foray into competition. While that didn’t deter me from the performing life at all, it very well could spell doom and gloom for the less-than-strong yet incredibly talented performer. These shows are perfect launching pads, but serve the seasoned performer with an established fanbase that’s larger than their circle of family and friends much better.

Utilize Local and Regional Singing Competitions As a Launching Pad

With all of that said, it is still a worthwhile endeavor to try out for American Idol and The Voice. These shows have established fanbases, solid-enough ratings to warrant new upcoming seasons, and possibilities for stardom that cannot be slighted. However, the best way to maximize your return on these television shows is to come in seasoned with a fanbase ready to be unleashed to propel you to the top.

Are you ready to take the plunge? Find a local TakeLessons instructor today and bring these tips to your first lesson as you and your teacher cultivate your plan to take flight on your dream! 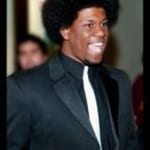 One thought on “Singing Competition Secrets: Are They Really Worth It?”