They are great and successful. They have been called geniuses, and their music still inspires hundreds of young musicians today. They prove that becoming a legendary musician takes determination, passion, and drive, along with sheer talent.

Their contribution to music can’t be counted, and today we share their words with musicians who dream of greatness, and try to reveal the secrets of these wonderful people’s success and charisma.

So, catch your muse, play a guitar – and may inspiration be with you! 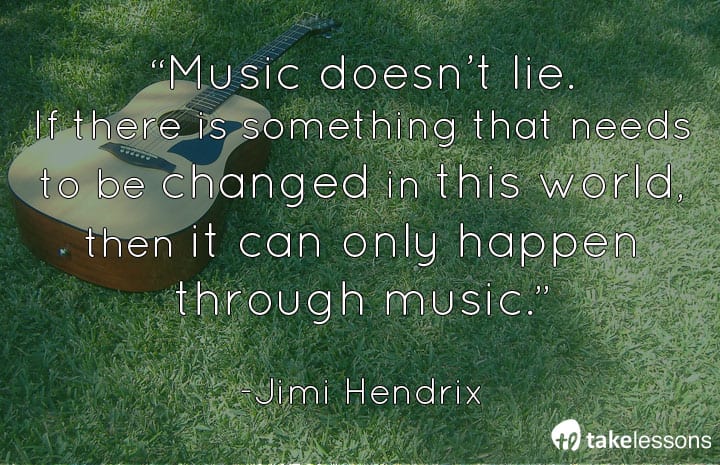 “Music doesn’t lie. If there is something to be changed in this world, then it can only happen through music.”

The point is, that Hendrix was not the best guitar player among his contemporaries. The fact is, he played more naturally. He was a creative person, and he personified the music he played: he was this music himself. 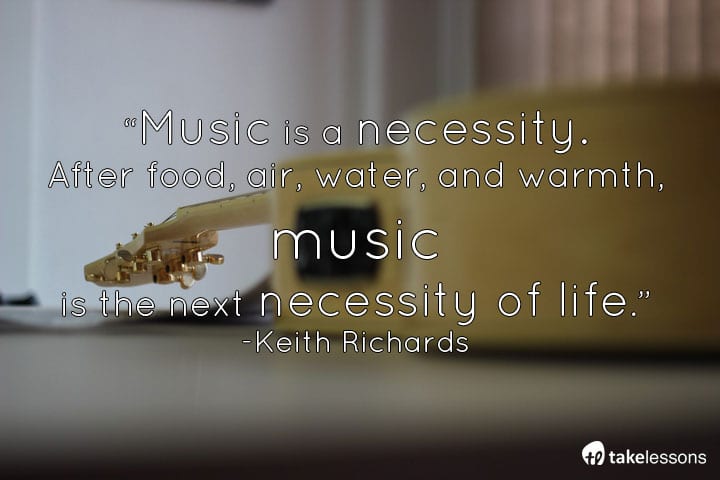 “Music is a necessity. After food, air, water and warmth, music is the next necessity of life.”

There is a reason why people are ready to pay a lot to see Richards’ playing. He created many amazing and diverse songs and melodies. His guitar playing has always been innovative, and his use of constantly changing approaches has always been in at the heart of The Rolling Stones’ sound. 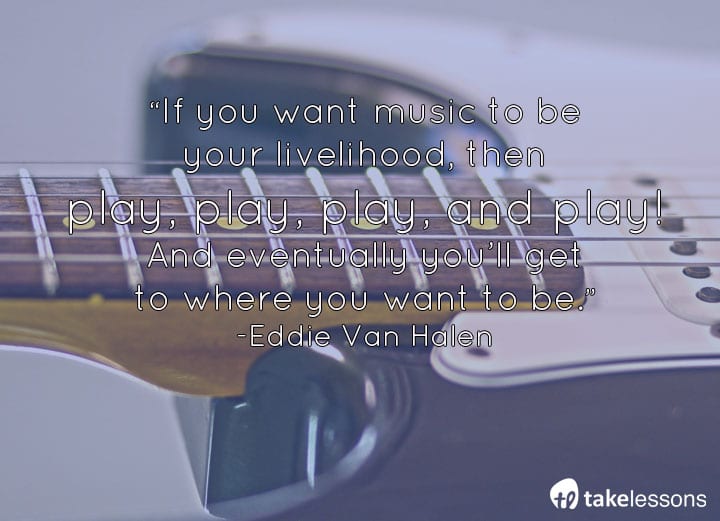 “If you want to be a rock star or just be famous, then run down the street naked, you’ll make the news or something. But if you want music to be your livelihood, then play, play, play and play! And eventually you’ll get to where you want to be.”

Van Halen’s skills come from the way he plays his guitar. He mastered the technique of tapping to perfection, and he even improved it. He is 60 now, and he continues to tour. 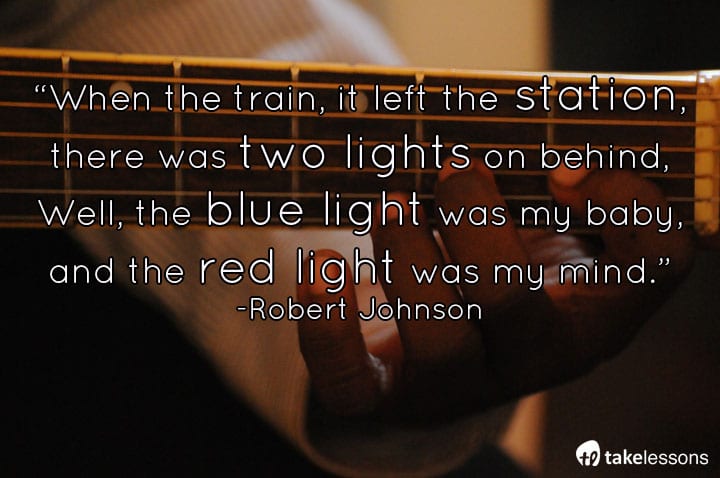 “When the train, it left the station, there was two lights on behind,
Well, the blue light was my baby, and the red light was my mind.”

There is a good reason why almost all articles about Robert Johnson have one and the same featured image of him: only two portraits of this blues musician are available today. Most of Johnson’s life was spent out of commercial success. Though he played in the streets, he is probably one of the key blues musicians in history. 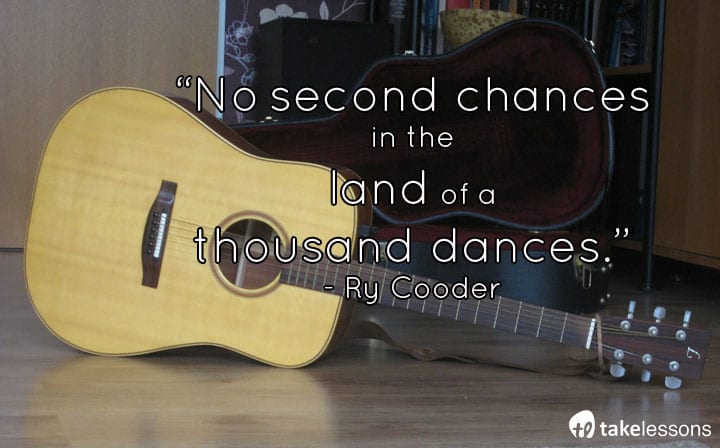 “No second chances in the land of a thousand dances, the valley of ten million insanities.”

Ryland Peter Cooder is a charismatic, multifaceted and extraordinary musician best known for his starring role in Buena Vista Social Club. Ry started as a teenager and a promising blues musician, and he became famous for his slide guitar work. 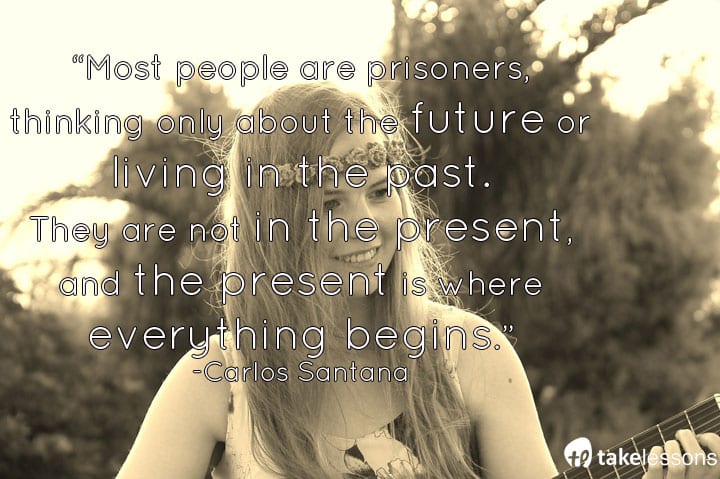 “Most people are prisoners, thinking only about the future or living in the past. They are not in the present, and the present is where everything begins.”

The “glass” tone of Santana’s guitar playing is easy to recognize once it appears in a song. His characteristic fusion of Latin rhythms, blues and jazz has become almost a cult, and his 65-year-old career deservedly led him to ten Grammy Awards and three Latin Grammies. 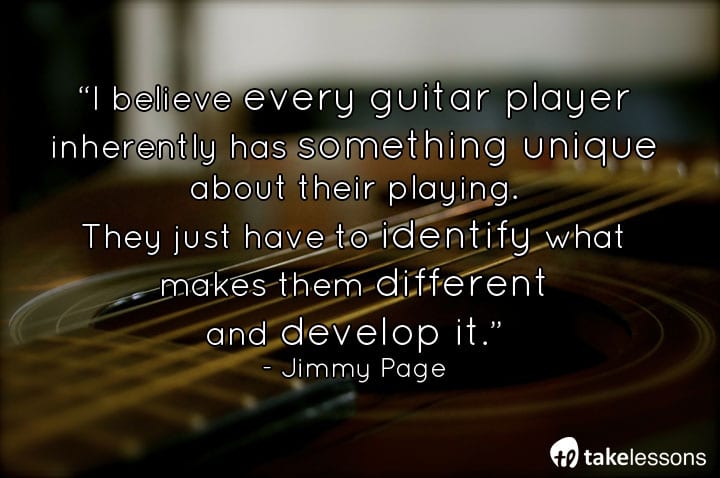 “I believe every guitar player inherently has something unique about their playing. They just have to identify what makes them different and develop it.” 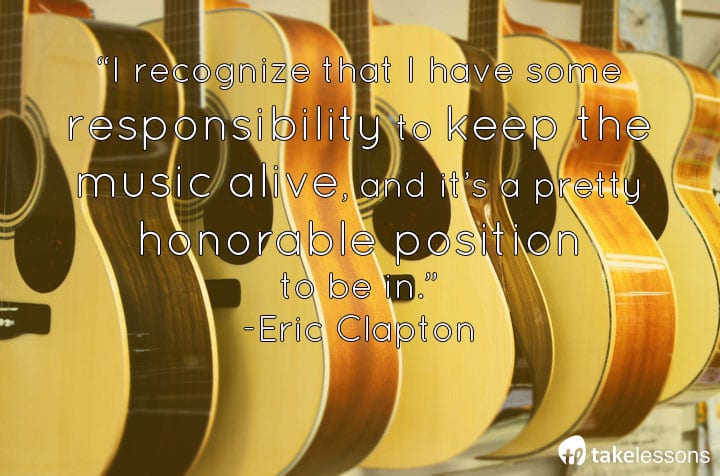 “When all the original blues guys are gone, you start to realize that someone has to tend to the tradition. I recognize that I have some responsibility to keep the music alive, and it’s a pretty honorable position to be in.”

The only three-time winner of the Rock and Roll Hall of Fame Award, Clapton has revolutionized a guitar playing and become one of the most respected and influential musical figures in the era of rock. His style has changed over time, but he always held on to his blues roots. 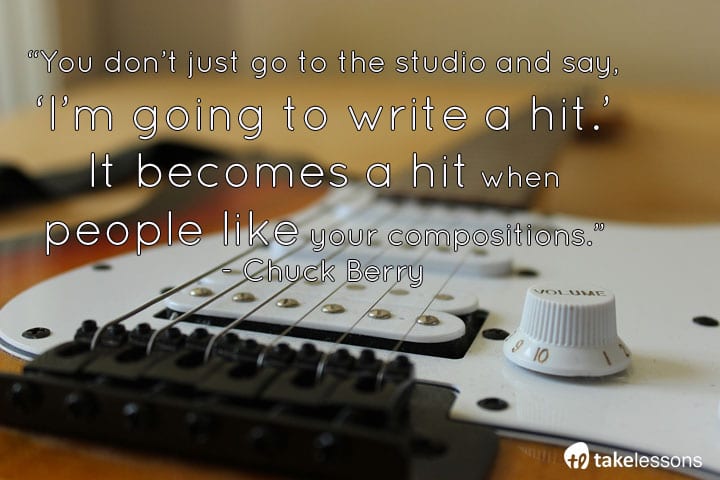 “You don’t just go to the studio and say, ‘I’m going to write a hit.’ It becomes a hit when people like your compositions.”

Berry is best known for being one of the first rock and roll guitarists. As a result, he served as an inspiration for famous guitarists such as Beatles and The Rolling Stones. Chuck Berry was economical and clean as a guitarist, and he was bright and witty as a showman. 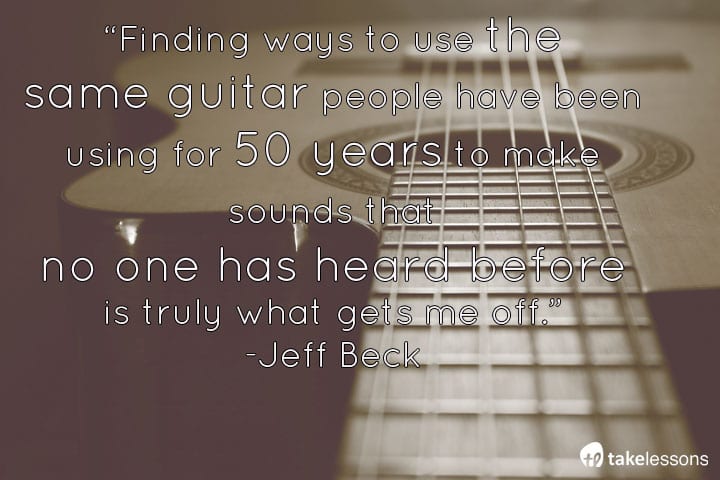 “I don’t understand why some people will only accept a guitar if it has an instantly recognizable guitar sound. Finding ways to use the same guitar people have been using for 50 years to make sounds that no one has heard before is truly what gets me off.”

As well as Eric Clapton and Jimmy Page, Beck is one of the three famous guitarists who played with The Yardbirds. Thanks to them, he entered the Rock and Roll Hall of Fame and entered it again as a solo guitarist. He produced some of the most exciting and dizzying guitar melodies in modern music history; and although Jeff Beck is not as commercially successful as many his contemporaries, his influence to the world of music can not be underestimated.

Lesley J. Vos is a private educator of French language for high school students. Her interests include writing, reading and music, and she is always open to something new and inspiring. Lesley is a blogger who is honored to write for popular educative blogs such as Edudemic, Bid4papers Blog, Student Advisor Blog, Getting Smart, and others. Lesley is writing her first e-book at the moment, and she hopes to publish it this year.