Feeling stuck? Read on as Memphis, TN teacher Kevin F. shares how to diagnose your struggles and find the right fix…

You’ve had it. You’ve been playing the piano and working on a particular piece for six months and have gotten nowhere. There’s a good chance you’re suffering from one of the following reasons for not improving, so let’s take a look at common problems and their common fixes.

1. You’re not practicing enough. There is a great propensity among musicians, beginners especially, to rush through their music a few times a week and call it practice. Unless you’re a small child, anything less than 30 minutes a day probably isn’t going to cut it.

2. You’re practicing too much. Okay, okay, I know what you’re thinking, practice too much!? Yes, you can practice too much. Our brains and bodies are fantastic organs and machines, but after a while they still get tired. Once you get tired, any attempt to practice is an exercise in futility.

3. You’re not practicing the right way. This one is much harder to understand, but if all you do is play each piece once through (as best you can), you’re doing it wrong. There are lots of other ways to vary your practice, such as doing hands separately, starting at the end of the piece, varying rhythms, and so on.

4. You’re not staying focused. If you want your practice to mean something, you have to truly focus on playing the piano. Turn off the phone, put the kids in another room, whatever you need to do so you can focus. Better a 30-minute, focused practice than three hours doing five other things at the same time.

5. You’re playing a piece not appropriate for your level. There are two sides to this: either you’re playing stuff that’s too easy, or stuff that’s too hard. The first doesn’t challenge you at all, the second gets too frustrating. I believe the average pianist learns a piece in two to six weeks. Full memory may take a bit longer, and your mileage may vary.

6. Your technique is faulty. There are often simple little tricks of the pianist trade that you might not learn without structured learning, or maybe you learned to do something that is impeding your ability to do other things. Fingerings come to mind first, but there are others. Which leads me to the last point…

7. You need a piano teacher, or a different one. There are plenty of people who are self-taught, but if you keep hitting roadblocks in your development, a good teacher can help you in many ways. He or she can provide insight, technique, and performance suggestions, as well as accountability. Or, it is possible you might need a new teacher if you feel like you aren’t learning anything from your current instructor anymore or that your styles clash too much.

If you looked through this list and feel like you’ve tried all of the solutions, it might be that you have hit a real ceiling — so I’ll give you one last free tip: take a break and come back later. Now stop making excuses and make music instead! 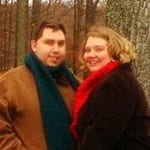