There are a lot of myths about learning how to play the piano. In this week’s guest post, our friends from OnlinePianist.com dispel the seven most common myths about playing the piano…

One way to understand how valuable or how popular something is to our society is to understand the fallacies and myths surrounding it.

Quite often, the more famous something is the more stories and pseudo-intellectual facts there happens to be about it.

The piano it seems is not immune to these elaborate false truths. In fact, there are bucket loads of myths.

We have come up with the 7 most famous myths surrounding the piano… and have officially busted them all!

Not so fast, young grasshopper.

This one sounds like a doozy, except that it’s not true–at least not true enough. You see, according to scientific research, there is actually no discernible difference in terms of learning the piano between children and adults.

So no more excuses saying you “didn’t learn it when you were young so it’s too late now.” What may be true is that a child is less burdened by the stresses of life and thus tends to have less mental clutter.

As a result, when you can finally get them to sit down for more than two minutes without fidgeting, they can more easily focus their ability on learning music. This creates the illusion that children absorb new material faster than adults.

However, unlike adults, children often lack desire and motivation to play, treating piano playing as a chore rather than a pleasure. Thus, it’s this difference in attitude that makes all the difference between adults and kids.

Must. Practice. Piano. And. Not. Move.

We have no idea who started this rumor. Perhaps it was mother goose who just wanted a breather. Probably not. In any case, we all have experienced some degree of psychataxia–or in common-folk language, a disordered mental state with confusion and inability to concentrate–while playing the piano.

The reason is that after about 15 minutes of an activity, the average person becomes mentally fatigued. Therefore, it is actually advisable, contrary to popular belief, to practice for shorter lengths of time rather than a never-ending marathon.

Short bursts of concentration repeated frequently are much more effective and produce optimal results rather than one long session. So, even if you only have 10 minutes to learn piano online, DO IT.

Myth 3: “I should never write in the sheet music.”

Uh…most of the time notes are good.

We understand that many centuries ago, paper was a rare commodity in the form of papyrus. However, we’re quite sure this myth came about long after paper became widely used.

Perhaps it was for the sake of the environment in order to get everyone to use the same piece of paper? Perhaps not. While writing on sheet music may make it look messy, as long as it’s intended for you, you should do what helps you learn best.

Plus, the notes will help drill the information into your brain faster, meaning that you won’t even be needing the doodled notes for very long anyway. 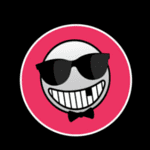