Looking for something fun to do in San Diego? All theater-goers, arts enthusiasts, and people who just appreciate a new entertaining experience should take a moment to read below and check out the top five reasons to see a production at The Old Globe Theatre San Diego!

The Old Globe, located in Balboa Park between the San Diego Museum of Art and the Museum of Man, is modeled after Shakespeare’s Old Globe in London. It is California’s oldest professional theater, and each year it produces 15 main stage productions. With shows ranging from Shakespearean plays to new works like Hairspray and How the Grinch Stole Christmas, the Old Globe is one of San Diego’s largest arts institutions and among the nation’s top-ranked theaters.

If you haven’t seen an Old Globe production yet, here are the top five reasons you should go buy a ticket and check one out soon!

1. It’s just like the real thing. Shakespeare’s plays were originally performed in a large, outdoor theater filled with all of the noise, sights, and smells in and around the venue. The Old Globe in San Diego captures this same atmosphere–plays are conducted on a circular open-air stage, and just like in Shakespeare’s day, the actors perform over a myriad of outdoor sounds and temperatures. This creates a unique experience that you don’t typically find at other venues!

2. The theater professionals are incredibly talented. The Old Globe’s production of Dirty Rotten Scoundrels was nominated for 11 Tony Awards, and The Full Monty was nominated for 10. Those are just two of the many accolades bestowed upon this institution! The Old Globe Theatre San Diego attracts stellar actors with diverse artistic backgrounds and experiences. Some of the well-known actors who have performed on stage include Joseph Marcell (The Fresh Prince of Bel-Air), Blair Underwood (The Event), and Richard Thomas (The Waltons).

4. The Globe gets Shakespeare. The people behind the scenes at The Old Globe Theatre understand the way Shakespeare wrote, and they consistently produce plays that add dimension to his canon while still staying true to his form. The Old Globe produces the classic comedies, histories, and tragedies in such a way that would surely make the Bard proud!

5. The productions are simple and authentic. The costumes are always perfectly tailored to the Shakespearean play at hand, and the music and sound effects are often produced live from a balcony, which is visible to the audience.

More than 250,000 people attend The Old Globe Theatre each year. It is a must-see for locals and tourists alike! At TakeLessons, we love to support our local community and highlight the awesome stuff that we have going on in our hometown. And if you’re dreaming of someday gracing the stage yourself, our acting teachers are ready to help you out! Have fun exploring your talents and the San Diego acting scene! 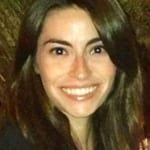 Natalie S. tutors in English, ESL, History, Phonics, Reading, and Test Prep in San Diego, as well as through online lessons. She received her BA in English Education at the University of Delaware, and her MA in English Literature at San Diego State University. Learn more about Natalie here!