Ukulele has more to offer than just easy chords and melodies. Music teacher Andy T. shares some movable ukulele chords to push you to continue to build your ukulele skills…

If you’re reading this, you’ve likely mastered a handful of major and minor chords on your ukulele. With thousands of songs at your fingertips, you’re ready to bring delight to everyone within earshot. However, as you devour more and more songs, you start to see some unfamiliar symbols and additions to your beloved ukulele chords: diminished, half diminished, sus, seventh, ninth, and more. You begin to realize that the world of chordal harmony goes much deeper than you initially realized…

Learning all of these chord types may seem like a daunting task, but remember: “A journey of a thousand miles begins with a single step.” Below, we’ll look at the first seven steps that will kick-start your journey into the wonderful world of complex harmony.

Before we begin, you’ll need to know that all of these chord shapes are movable. This means that you’ll be able to slide these shapes up and down the neck of your ukulele as needed, so long as you line up the root note appropriately. As you look at the chord charts, the open circle identifies the root note. So, if you’d like to play an Asus2 chord, just slide the sus2 shape up the neck so that the open circle in the chord chart is an A. 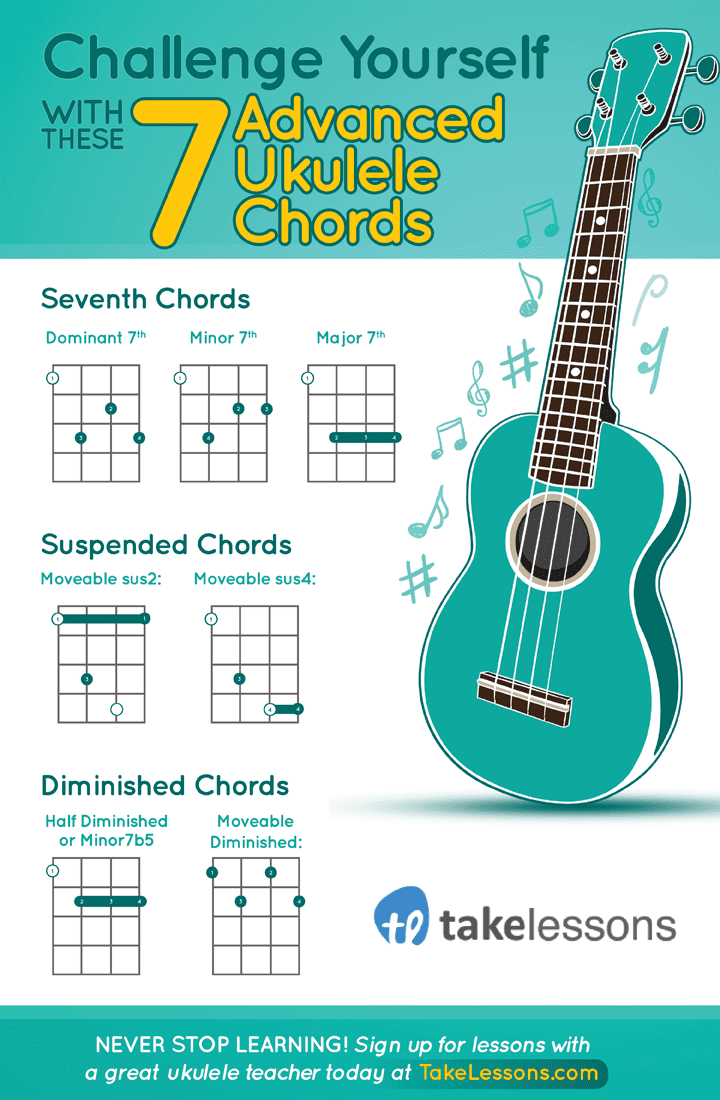 To identify a suspended chord, look for the suffixes sus2 or sus4 after the name of the chord.

In this chord, the third (major or minor) is replaced with a major second.

To make a sus4 chord, the third in the chord is replaced with a perfect fourth.

A dominant 7th chord is created by combining a major triad with a minor seventh interval. To identify a dominant seventh, look for these suffixes:

Diminished chords also belong to the seventh chord family, but we prefer to put them into a special subcategory because of their unique harmonic properties. Diminished chords can be half or fully diminished.

6. Movable Half Diminished or Minor7b5

As you can see, these four chords are made up of the same four notes, but in a different order (inversion). So, if you want to play an A diminished chord, just make sure that one of the notes in this shape is an A (it doesn’t matter which one), and you’ll be good to go.

With this set of seven advanced ukulele chords, you will be able to access some of the world’s greatest songs, from Louis Armstrong to Jake Shimabukuro. While this only touches a few of the many harmonic possibilities of the ukulele, you are off to an excellent start. Happy strumming!

Learn even more ukulele chords and songs by studying with a private music teacher. Find your ukulele teacher now! 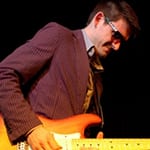 Andy T. teaches in-person guitar, performance and songwriting lessons in Austin, TX. He has a degree in education from the University of Texas at Austin and has been teaching private guitar lessons for 6 years. Learn more about Andy here!