Great news for all you manga, comic book, and anime fans, the best artists and writers in the business will be featured guests this summer at Comic-Con International 2015 in downtown San Diego.

Comic-Con International: San Diego is the year’s premiere event to promote comic books, films, artwork, science fiction literature, and more. What started as a single-day event in 1970, has turned into a four-day convention and one of the most highly-anticipated events of the year.

In Comic-Con 2015, here is a roundup of the Asian-American writers and artists who were at the event – and some more information if you want to be the next artist displaying drawing at comic con yourself!

What Does a Comic Strip Artist Do?

A comic strip artist is responsible for creating the art for comic strips. In most cases, the artist will also write the scripts for the strips.

Are you interested in becoming a Comic Con artist? If so, your first step should be to sign up for art lessons. You can check out some of the benefits of doing so by watching the video below:

How Much Do Artists Make at Comic Con?

Comic Con is one of the biggest events in the nerd calendar, and for many artists, it’s a chance to show off their work to a vast and appreciative audience. But how much do these artists actually make at Comic Con?

It depends on a number of factors, such as the size of their booth, the popularity of their work, and the prices they charge for their products. Generally speaking, though, most artists report good sales at Comic Con, with many of them earning several thousand dollars over the course of the weekend.

Of course, this is just a generalization, and there are always exceptions to the rule. But overall, Comic Con is a great opportunity for artists to make some serious money.

How to Be an Artist at Comic Con

Comic Con is a mecca for fans of comic books, graphic novels, anime, and gaming. Every year, hundreds of thousands of people descend on the convention center to celebrate their love of pop culture.

For many attendees, meeting their favorite artists is one of the highlights of the weekend. If you’re aspiring to become one of those artists, here are a few tips to help you make the cut.

First, it’s important to have a strong portfolio. Be sure to showcase your best work, and include a variety of styles and genres. Comic Cons are all about diversity, so be sure to highlight your ability to appeal to a wide range of fans.

Second, don’t be afraid to network. Talk to other artists and professionals in the industry, and get your name out there.

Finally, be patient. It can take years to build up a following at Comic Con, but if you stick with it, you’ll eventually find your place among the stars.

Check Out These Comic Artists at Comic-Con in 2015

Make sure to check the website for schedules and up-to-date event information, but for now, here’s a roundup of the Asian-American writers and artists you can see at Comic-Con.

Michael Cho is a Korean-American illustrator and cartoonist. You may have seen his work in “Batman Black and White” and “X-Men First Class.”

The talented artist was born in Seoul, South Korea and moved to Canada with his family when he was six years old. He began drawing at a young age, and attended the Ontario College of Art.

In addition to his work for Marvel and DC, Cho has also written graphic novels. His first graphic novel, “Shoplifter,” debuted on the New York Times Best Sellers List in 2014.

Cho will be a special guest at Comic-Con International 2015.

Learn more about Michael Cho and his artwork here.

Jim Lee is a writer, editor, artist, and the co-publisher of DC Entertainment.

Lee has done artwork for many of DC Comics’ most popular comic books including “All-Star Batman and Robin,” “The Boy Wonder,” and “Superman: For Tomorrow.”

The multi-talented Korean American was born in Seoul, South Korea, but relocated to St. Louis Missouri with his family. He started his career with his work on X-Men for Marvel Comics.

Although Lee began drawing at a young age, he studied Psychology at Princeton University. After taking an art class in college and realizing his passion for drawing, Lee changed his course from the medical field to the comic book world.

If you’re a manga fan, you probably already know a thing or two about Kazuki Takahashi. The Japanese-American artist created “Yu-Gi-Oh!“, one of the most successful and most popular manga series of all time.

Since the creation of “Yu-Gi-Oh!” in 1996, there have been several spinoffs, an anime series, and feature films.

The Yu-Gi-Oh! Trading Card Game has sold over 25 billion cards and is the best-selling trading card game of all time.

Yu-Gi-Oh! ARC-V will premiere in the United States later this year.

Takahashi will be a special guest at Comic-Con, and fans in attendance will be able to see a Q&A panel with the artist.

Jillian Tamaki is an illustrator and cartoonist. She grew up in Canada and graduated from the Alberta College of Art and Design. She is of mixed Japanese and Canadian descent.

Tamaki has been a professional illustrator since 2003, and has done illustrations for magazines and newspapers, cartoons for graphic novels, and she currently writes for the TV show “Adventure Time.”

Tamaki created the webcomic “SuperMutant Magic Academy,” and she collaborates with her cousin, writer Mariko Tamaki, on the graphic novels “SKIM” and “This One Summer.”

The other half of the dynamic duo who co-created “SKIM” and “This One Summer,” Mariko Tamaki writes graphic novels, comics, and young adult novels.

The award-winning writer started out as a non-fiction author before switching to the young adult genre.

“The complexities of Tamaki’s stories perhaps are a reflection of her own life,” says writer Jessica Yang. “She grew up noticing the differences between the two cultures she was a part of – Japanese and Caucasian.”

You can catch her as a special guest at Comic-Con, but until then, learn more about Mariko Tamaki here.

Besides guests and panelists at Comic-Con, even more famous artists will be featured on Artist’s Alley, where individuals set up and display their artwork. Fans can buy original artwork, comics, and prints directly from the artists.

Here are some of the artists you will find at this year’s event.

Willie Ito is a Japanese-American artist and animation legend.

Ito received the Inkpot Award at Comic-Con 2014 for 60 years of achievement in art and animation.

In addition to his work on “Yogi Bear” and “The Flinstones,” Ito did animation work for “Lady and the Tramp.” He worked on the historic “spaghetti kissing scene” with his mentor Iawao Takamoto.

Edwin Huang is a comic artist and illustrator. He studied at The School of Visual Arts in 2010, and works for UDON Entertainment and Image Comics.

The Chinese-American artist has done artwork for various video games including Street Fighter, Sonic the Hedgehog, and Skullkickers. 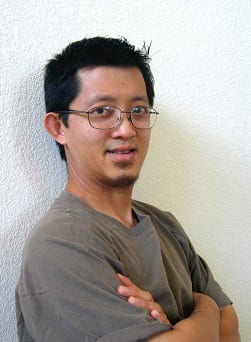 He has also worked on “Tomb Raider,” “Tales of Witchblade,” and Spirit of the Tao.

Become One of the Next Comic Artists at Comic Con

For comic book and pop culture fans, there’s no event quite like Comic Con. Held in cities across the country, this annual convention is a mecca for all things geeky and nerdy. From cosplay to panels to exclusive merchandise, Comic Con has something for everyone.

And for aspiring artists, it can also be a great place to showcase your work. Every year, hundreds of hopeful creators set up booths in the Artist Alley, hoping to catch the eye of publishers and fans alike.

While the competition is stiff, those who are able to stand out can find themselves on the path to success. So if you’re dreaming of becoming the next big name in comics, Comic Con is the perfect place to start.

This year’s Comic-Con is set to be another madhouse, with eight artists and writers from the manga world scheduled to appear. If you want to catch the latest news and trends from this vibrant genre, don’t miss these panelists! And be sure to sign up for art lessons if you want to hone your skills and become the next great Comic Con artist.

Who are you excited to see at Comic-Con this year? Let us know in the comments below!