As a musician, one of the best parts of playing music is adding your own spin to the notes and markings on the page. Here, Seattle teacher Amber A. explains her interpretation of Beethoven’s “Fur Elise”, an ever-popular piece for piano students:

Fur Elise, one of the most beloved piano pieces by Beethoven is often a favorite of many piano students. There are a few different performances of this piano music available on the Internet. My favorite performance is the one played by Ivo Pogorelich. His interpretation is very much like that of Romanticism or Impressionism, in that the tone contains so much color and emotion. Recently I had an opportunity to teach Fur Elise, and I would like to share some thoughts regarding how to play this piece.

Freedom from the Time Signature

Many of you might have felt like me when you played the beginning one and a half measure and similar melody at measure 4 and 5; that there is no way to feel the three-beat pattern.

The first two notes, E and D-sharp, are inseparable from the rest of the melody and it makes a sense only if it is played by 4/8 time.

What about the measures 13 through 16? Here it still makes a sense only if it is played by 4/8 time. Did you notice the stress Ivo Pogorelich put on the high E (the highlighted note) when he played this piece? It falls on the 1st beat if you consider the part beginning at measure 13 in 4/8.

When you play this piece, if you feel these passages in the times that I suggested above, you can play them without fighting the 3-beat pattern and convey the melodies with more ease and elegance.

Conflict between the Upbeat and Downbeat

Many piano students are charmed by the simplicity and beauty of the theme of Fur Elise. However, behind this simplicity, there is a bit of challenge when playing the first few measures. The little melody ends on the 1st beat at measure 2 and the right hand must release the tension.

But at this tension release point for the right hand part, you will need to play the broken chord for the left hand, the 1st note of which may be called the tension building point. This is no doubt a hard task for student at a beginner or intermediate level. To overcome the difficulty, play the A at measure 2 for right hand part (highlighted) by raising your wrist and play the third 16th for left hand (highlighted) at measure 2 in the same way. You can practice similarly for the following 2 measures. When you raise your wrist, you easily get to release the tension.

But it is not good to use repetitive 5 and 4. These fingers are too weak and you will feel uncomfortable when you keep using them. I suggest you use fingers 4 and 3 instead. They can bring out the appropriate tone for this melody. Then someone may ask, “Then why not 3 and 2?” I consider them too strong for this kind of figure and you will need some adjustment when you play the note, D-natural.

Pedaling in the 4th Section

Some pianists play the section from measure 61 on with the pedal on each measure and off for the last 16th. It seems that kind of pedaling makes the music too choppy. I suggest different pedaling here. The pedaling should be continuous with new pedal for each measure except where there is a chord change. It requires new pedaling on the 3rd beat of measure 68.

There are a few ornaments in this piece, the roll at measure 25 and the short grace note at measure 28.

The turn at measure 31 was ignored by most performers. This can be a good taste because it is the closing section of the phrase and you don’t want so much attention on it

The ornaments mentioned above except the turn are supposed to be played starting on the beat. While the measure 25 is played with an emphasis on the main note C, the short grace note B flat at measure 28 should get more stress than the following main notes.

I hope the suggestions I’ve made above help you to play better, whether you would like to play like Ivo Pogorelich, or some other pianists you like, or perhaps even create your own interpretation of Beethoven’s Fur Elise. 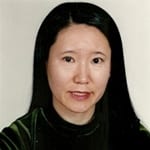