When you’re taking Spanish lessons, you may be confused by new concepts and grammar rules, especially imperfect vs. preterite. In Spanish, there are two different ways to describe the past; the imperfect and the preterite. Here, Carmichael, CA Spanish teacher Joan B. shares some helpful hints to help you describe the past in Spanish…

As a beginning Spanish speaker, it can be difficult to determine which form of the past tense you should use: imperfect vs. preterite. Once you learn the following simple tricks, however, you should be able to figure out which tense to use in any situation where you need to describe the past in Spanish.

Let’s start by looking at the differences between the imperfect and the preterite.

What is the Difference Between Imperfect and Preterite? 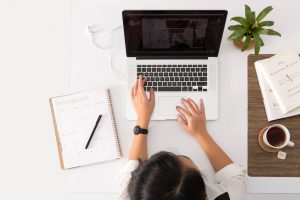 The easiest way to explain the difference between imperfect and preterite is that imperfect is meant to describe something happening while the preterite can be used to talk about one single completed event that happened at a specific time.

Essentially, the preterite tells us more specifically when an action took place while the imperfect is more generalized. 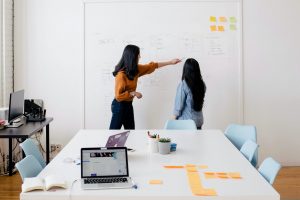 Let’s start by looking at the differences between the imperfect and the preterite.

The imperfect is used to describe past actions that have no clear beginning and end. This includes descriptions, age, weather, time, and emotions. It also refers to repeated action (translated as “used to”) such as, “iba todos los veranos” (I used to go every summer). Learn more about conjugating the imperfect tense.

The preterite is used to describe a completed action in the past, with a clear beginning and end. For example, “ayer fui al cine” translates to “yesterday I went to the movies.” This is an action that occurred once, instead of many times over a period of time. Learn more about conjugating the preterite tense.

When to Use Preterite vs. Imperfect

Sometimes, sentences in Spanish will only use one form of the past tense, and you will have to decide between imperfect vs. preterite. Other times, there are contextual clues that will allow you to use both forms in the same sentence.

As for preterite, use it when an action has a clear beginning and end – or when it is used with phrases that give a specific time frame.

Preterito vs Imperfecto: When to Use Both

A common use of the preterite and imperfect within one sentence is when the imperfect describes an ongoing past action, and the preterite describes an action that interrupted the ongoing action. For example, “mientras leía el libro, ella me llamó” (while I was reading the book, she called me). Whenever you see the word mientras in a sentence describing the past, you can be sure that the imperfect will immediately follow mientras, and that the preterite will be used to describe any subsequent action that interrupts the ongoing action.

Watch out for sentences that use the word cuando. Some sentences with cuando function similarly to mientras in the sense that there’s an imperfect followed by the preterite, for example, “cuando caminaba en el parque, vi un accidente” (when I was walking in the park, I saw an accident). In other cases, however, the order of tenses can be reversed, “cuando llegué a casa, mi madre estaba cocinando” (when I arrived home, my mother was cooking).

What is the Difference Between Imperfect and Preterite Examples? 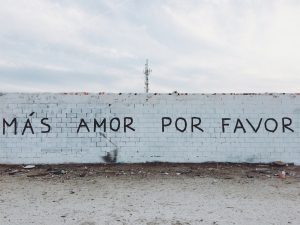 Here are some examples of preterite vs. imperfect conjugations in actual sentences to give you a better idea of when to use both:

Here’s a video that can give you a bit more information on when and how to conjugate verbs in Spanish:

Preterite vs Imperfect Quiz – Test Yourself! 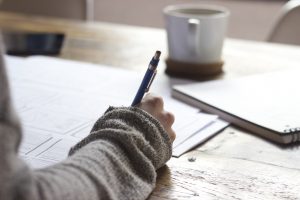 Understanding the imperfect and the preterite can be confusing, but if you identify the type of action being described and watch for contextual clues, you should be able to recognize which form of the past tense to use.

Quiz yourself on imperfect vs. preterite often so you get the hang of it. . You can make flashcards with websites like Cramberry or Quizlet!

A few other ways to master imperfect vs. preterite? Watch your favorite TV shows or movies with the subtitles turned on in Spanish. Whenever a character talks about the past, take a note of how preterite and imperfect are both used.

Is learning Spanish right for you? Take this quiz to help you find out the answer. Then, sign up for lessons in Spanish to help you master both the imperfect and the preterite – each and every time!

Interested in learning more about imperfect vs. preterite? Taking lessons with a private instructor is a great way to get customized and personalized help on your way to becoming a fluent Spanish speaker! Sign up with a Spanish tutor hoy! 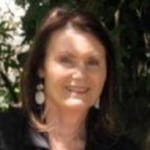