Do you want to keep your child or student engaged while learning German vocabulary? Below, German teacher Kimberly F. shares five fun games children can play to help memorize their German vocabulary…

A great way to enforce and practice vocabulary with kids–and students of every age for that matter– is to play fun and engaging games as a group. This way, students can learn from one another, discover new words, and review what they already know. Below are five German vocabulary games your child or student can easily play.

One student will draw out a word from the vocabulary list on the board, while the other students try to guess the word.  The first one to call out the correct word (in German, of course!) gets a point. Creating an association between a visual reference and the German vocabulary word is extremely helpful for retaining new words.

For example, a student might recall another student’s drawing of a house and remember the word das Haus more quickly than just by reading it in a German vocabulary list.

This game is played exactly the same as the English version, except you can only use German words!  This allows students to see and recall words in a new way.  Also, it encourages the student to think of words they wouldn’t usually use, because they have a limited set of letters to work with.

In ordinary circumstances,  for example, a student might not think of the word Maus (mouse), but they will if they have those specific letters in the game.

If your child or student needs help mastering verbs, then this game is perfect. Start by having one student act out an action word, then have the other students guess the German verb the student is acting out. You can work on conjugations by imposing a rule at the start of the round (i.e. only infinitive forms of the verb, only ich forms, etc.).

This one is a bit less self-explanatory than the others, but just as effective. One student chooses a scene (i.e. the café, the beach, or the amusement park) and writes that word on the board. Then, the others must list all the German vocabulary words they know that relate to that scene. Students should include verbs, nouns, and proper nouns to get a more complete practice.

A student, for example, could choose the scene der Strand or “the beach.” Words that associate with that scene can include: das Wasser (water), der Badeanzug (swimsuit), der Hut (hat), and die Sonnenbrille (sunglasses).

One student tells a well-known story or fairy tale and leaves out easy words. Someone else must then fill in the word in German. For example, if the student was telling the story of Cinderella, they could say, “And then Cinderella left, accidentally leaving behind her ___.”  The answer is obviously “shoe,” so the other student must answer, “Der Schuh.”

Learning a second (or third!) language fluently can be challenging when all the student can do is read or write in that language. Games allow for another aspect of learning – reinforcing the vocabulary through multiple senses. Working together through games allows for communication practice, cooperative learning, and the addition of visual and auditory learning.

In the end, the best way to become fluent is to think in that language, and games help with that goal. Remember, learning German is supposed to be fun.  So gather up some friends, and give these games a try! 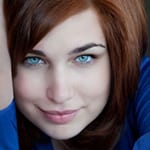 Kimberly F. teaches German, Italian and singing lessons in Hicksville, NY. She received her Bachelor of Science in Music Performance from Hofstra University, and her Master of Music from Bard College. Kimberly has been teaching students since 2007.  Learn more about Kimberly here!

One thought on “5 Fun German Vocabulary Games for Kids”