Germany is a fun place to visit because of its fair share of holidays and festivals. In this article, teacher KeriAnne N. J. will tell you about 10 festivals in Germany that’ll make you want to pack your bags and travel there soon…

“Life is a festival only to the wise.” Ralph Waldo Emerson once wrote.

Germany certainly seems to understand how to throw a fantastic festival! Over 10,000 festivals are hosted in Germany in a single year alone. It’s one of the greatest places to explore some of the world’s largest and strangest festivals.

From the exciting celebrations of Karneval, to the acclaimed Munich Opera Festival, to the spectacular lights of the Weihnachtsmarkts (Christmas Market) – there’s always something in Germany’s festivities calendar to suit interests and tastes of all kinds. Let’s take a look at these 10 incredible German festivals…

Karneval begins in the 40 day period before Ash Wednesday and Lent.

Typically, Karneval is a time to party and enjoy music, food, and dance. Costume balls, masks, masquerade balls, parades, and other such festivities take place throughout the country, much like our Mardi Gras festival here in the United States or Carnaval do Brasil in Brazil.

The festivals widely vary, according to each towns’ local traditions. Karneval is one of the oldest celebrations in the world, dating back to the 13th century. Carnevale di Venezia, the original celebration originating in Venice, eventually spread north to European countries, such as Germany, Austria, Switzerland, and even France.

In Germany, there are three different parts to the celebration; they include: Karneval, Fasching, and Fastnacht. Each are part of the pre-Lenten observance, and each has its own unique tradition that reflects the different regions, customs, and cities of Germany, Austria, and Switzerland.

Generally speaking, Karneval is used to represent the area known as the Rhenish, or Rhineland. It’s the celebration of carnival in the northwest region of Germany. Fasching represents the celebrations in Austria and South Germany.

The biggest festival day is the Rose Monday parade. In northern Germany, Braunschweig holds one of the largest parades out of any other cities in all of Germany. This parade dates back to 1293. Fastnacht represents the festivities in the Swabian and Swiss regions of northern Europe.

*For more information about Karneval, Fasching and Fastnacht, click here.

Munich Ballet Festival is perhaps one of the busiest times of the year for the Bavarian State Ballet (Bayerische Staatsballett).

This festival of ballet has recently become one of the most prestigious events in all of Europe, drawing visitors from all across Europe and beyond. Guest performers and highly-skilled dancers grace the stage in new world premieres, which are often choreographed by some of the most elite and famous choreographers from around the globe.

*For more information about the Munich Ballet Festival, click here.

Various concerts are performed at authentic sites around Thuringia. This music festival is not only enticing to music lovers, but to tourists alike. The Bach festival includes a wide variety of concerts during the festival; solo organ concerts, Bach Cantatas sung by professional choruses from all around Germany, professional vocal soloists, chamber ensembles, and solo instrumentalists.

Audiences enjoy observing and listening to musical instruments in their original, well-tempered tuning in Bach’s time. Concerts are held at some of the most beautiful and ornate churches in all of Germany, including Thomaskirche and Traukirche.

*For more information about performances and concerts at authentic venues, click here.

Visitors and musicians alike enjoy the open air events held on the Elbe River. Patrons enjoy catching the Dixie Parade and watching street performers. Performers from all around the world perform for sold-out audiences as they enjoy outdoor performance venues, such as German riverboat tours. Their music lineup includes dixieland, jazz, boogie woogie, and bigbands.

This festival offers concert versions of songs played by solo musicians, performances for children, and events specially designed with families in mind. Musicians offer live entertainment in a fun, festive, and laid-back environment. Musicians also like to wear costumes in order to engage the listeners, adding to the festive atmosphere.

5. Rhein in Flammen (May – September)

Rhein in Flammen (Rhine in Flames) is a spectacular sight of fireworks illuminating the vineyards and castles along the banks of the Rhine River.

Locations in Germany include Bonn, Koblenz, Oberwesel, St. Goarshausen, and Rüdesheim. Hop aboard a brightly illuminated boat to view the spectacular pyrotechnic show along the Rhine. Up and down the shore are live concerts, outdoor fairgrounds with rides and games for the entire family, drinks, food, and much more entertainment and nourishment. Musical performances include the genres of acoustic rock, country rock, American folk, musical comedy, bossa nova, modern jazz, Deutsch pop, and swing jazz.

These festivals take place simultaneously over the course of three days in both Nürberg and Nuremberg. Many of the performing artists appear at both venues, performing to vastly large audiences. International artists camp out in tents at each venue, making for hundreds of campsites at each venue.

Superstar rock musicians, including the Red Hot Chili Peppers, Korn, Deftones, Black Sabbath, and many others perform to audiences made up of people from around the globe. People visit Germany solely for this event and they enjoy new bands as well as popular favorites.

*Check out the list of artists and performing lineups here and here.

The Munich Opera Festival was founded almost 140 years ago. It’s one of the oldest and most comprehensive opera festivals in the world today. The Opernfestspiele (Opera Festival) consists of all of the previously-staged operas performed during the past year and always concludes with an opera by Richard Wagner, such as Die Walkure or Gotterdammerung.

Fan favorites, including Die Zauberflote, Il Trovatore, and Don Giovanni, are just some of the operas that have been performed at past festivals. Professional opera singers grace the stage in fully-costumed staged productions with elaborate stage sets. Opera soloists from around the world join the productions to sing some of the grandest music ever written and entertain audiences of all ages.

Here’s a fun fact about Munich: The Weihenstephaner Brewery has been operating since 1040, making it the world’s oldest brewery. For more facts like this, have a look at our article 50+ Fun Facts About Germany You Didn’t Know.

The Festival-Mediaval is a reenactment of the medieval period in living history.

The festival takes place annually in Selb and includes things like performances of medieval music, witches, beggars, theatre troupes, a medieval market with vendors, a fire show, and many people in medieval costumes roaming the fairgrounds. If you’ve ever wanted to try your hand at archery, now’s your chance.

The festival also offers workshops in metal working, craftsman wares, dancing, and early Renaissance musical instruments. Festivities included at the medieval fair are food, merchandise, jousting, and medieval music and games. Bands and musicians from all around the world play at this festival and delight audiences of all ages with their medieval and Renaissance-inspired music. The festival holds a medieval music concert at the Christuskirche (Christ Church) at the end of the festival.

*For more information on days and times of events daily, click here.

Oktoberfest is a 15-day-long festival celebrating the harvest of Bavarian beers, wines, and food.

Oktoberfest is one of Germany’s most famous festivities and one of the world’s largest fairs. Over six million people come to celebrate the harvest of beer in order to drink, eat tasty pretzels and German sausages, and engage in general festivities. Music performances by internationally-recognized accordion players delight audiences of all ages.

If you want to be prepared for Oktoberfest, including knowing how to order beverages, find a seat, and ask for help, check out our article on 20 Useful German Phrases for Oktoberfest.

Weihnachtsmarkts are magical Christmas Markets that open during the Advent season all over Germany.

Almost every German village and city has it’s own version of these special Christmas markets. Often, these markets give tourists and locals a reason to brace the chilly weather and come out to enjoy food, fun, and festive vibes. Visitors can shop and browse for the perfect Christmas gift at the local vendors, many of whom sell handcrafted wares, toys, ceramics, and jewelry.

A bright Ferris wheel and some cheery hot mulled wine, called glühwein, are just the things to get you into the holiday spirit. Hot chestnuts and tasty pastries made from local vendors make for an unforgettable and delicious adventure. These Christmas markets have become so popular that other countries have started celebrating their own Christmas markets annually. Some of the biggest markets are in Munich, Berlin, Nuremberg, Munster, Lubeck, Heidelberg and Stuttgart.

Here’s an interesting fact: The tradition of the Christmas tree started in Germany during the Renaissance. It was typically decorated with apples, nuts, and other foods. For more facts like this, check out our article on 15+ Things You Didn’t Know Were Invented in Germany.

Have you started packing your bags yet? If you’re planning on visiting Germany at any time, you have no excuse not to attend one of these German festivals! Just make sure that you’re familiar with the language, at least on a basic level. To start learning travel phrases, you can look at our article 10 Must-Know German Expressions for Traveling Abroad.

If you’re interested in learning more German, scheduling lessons with a private German teacher would be the best option. You can even schedule online German lessons if that’s more convenient for you. There are many ways to learn a new language, but just remember no matter what you choose – consistent practice is key. Study a little German everyday and soon you’ll know more than you did before. Happy learning!

Do any of these festivals look interesting to you? Have you been to any of them? Comment below with your thoughts! 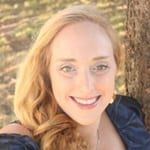 Post Author: KeriAnne N.J.
KeriAnne teaches classical piano, opera voice, musical theater, and more in Brandon, FL and through online classes. She received a bachelor’s degree in Voice Performance at CSU Fullerton and has been teaching for about 20 years. Learn more about KeriAnne here!