If you’re a beginning French student, you might be surprised when you notice how many words and phrases you already sort of know in French. French tutor Lizzie S. shares 10 of the most common French words English speakers might already know…

Since arriving in the US, I have been surprised to find a little bits of French words and expressions everywhere. Why do so many words look like a mix of English and French and why are some phrases taken completely from the French?

First, it’s important to understand that French actually played a big role in the formation of the English language after the Norman Conquest of England in the 11th century. The upper classes injected a lot of French vocabulary into an Anglo-Norman language which would become, several hundred years later, modern English. That’s why today 45% of English vocabulary comes from French. There are many examples of anglicized French words such as police, money, publicity, etc, that are pronounced according to English phonetic rules.

On the other hand, we find everyday in the English language French words and phrases pronounced the French way. These generally entered the lexicon later. They have been borrowed from fields where France set the standards such as in cooking, fashion, the arts, literature, and philosophy. Today, I’d like to share with you 10 of the most common French phrases you’ll find in America, plus a little more about what they mean.

2. sans: Without. In French the last “s” is silent except if the next word starts with a vowel. In this case the final “s” sounds like a “z”.

3. à gogo: derived from the latin meaning “in abundance, galore”. At first, this expression was used in popular culture, especially in the fields of music and dance.

4. à la mode and à la carte : Something “à la mode” designates in French the way somebody or a city used to do something. For example, des habits à la mode meant fashionable clothes and tripes à la mode de Caen means tripe of Caen. When you order  à la carte, you are asking for the item just as it appears on the menu.

5. amuse-bouche: This is a one or two bite-sized hors d’œuvre which literally translates to “mouth amuser”. It is usually smaller than an hors d’oeuvre and is pre-selected by the chef who offers them for free.

6. au contraire: The French for “on the contrary” is often used in English with the aim of giving a humorous, ironic, or dramatic effect.

7. au pair : This designates the person taking care of the children of the familly. Etymologically “au pair” means “at par” or “equal to” because the au pair becomes a part of the family rather remaining separate as a traditional domestic worker.

8. café : In French, this word designates the beverage (coffee) as well as the coffee shop. In 1802, the French café “coffee, coffeehouse,” came from Italian caffe “coffee”. The beverage was introduced in Venice by 1615 and in France from 1650s by merchants and travelers who had been to Turkey and Egypt. The first public café may have been the one opened in Marseilles in 1660.

9. cliché : In printing, the plate cast from movable type was thought to make the sound “cliché” (kli-shay) when it was used. This printing plate is also called a stereotype. In the machine, the letters were set one by one so when a phrase was used repeatedly it was cast as a single piece of metal. “Cliché” came to mean such a ready-made phrase.

10. Chef : In French “chef” means boss. When used in English, it refers to the “chef de cuisine“, the director or head of a kitchen. The haute cuisine of the 19th century introduced many French words such as this one into the English language, along with words like “entrée“, “crème“, and “amuse-bouche“.

Get more help studying French by working with a French tutor. Tutors are available to teach one-on-one private lessons in-person or online via Skype. Search for your French tutor today! 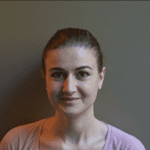 Lizzie S. is a French teacher in Orange, CA. A native speaker, she’s been teaching students of all ages for 2 years. Learn more about Lizzie here!