Whereas France and the U.S. celebrate Mother’s Day on different days in May, both countries celebrate Father’s Day on the same day every year: the third Sunday of June.

Known in France as Fête des Pères, young children often show appreciation for their fathers by making crafty items, such as ties and bow ties made out of paper and cardboard picture frames made from cereal boxes. Older children, like those in the U.S., will often buy their father a gift that they know he’d love.

Needless to say, Father’s Day is the perfect opportunity to show your dad how much you appreciate all that he does for you. And if you want to celebrate this holiday in the French fashion, you will need this French vocabulary for Father’s Day to show your father how much care you for him!

French Words to Describe Your Family

Just like in English, the French have two words to describe fathers. Père is the French equivalent of “father,”. The less formal version (or the same as the English word “dad”) is actually one that we often use in English: papa. It is just one of the many words that the English language has borrowed from French.

When a father talks about his children, he refers to his son as “mon fils.” For a daughter, he will say “ma fille.” Finally, if the children’s mother was involved in helping the children prepare gifts, the father would thank “ma femme,” or “my wife.”

Sometimes it can be tricky to find a gift for your dad on Father’s Day, but France has several customary gifts that are frequently shared for this special occasion. Here is a bit of French vocabulary for Father’s Day that will help you talk about the gifts that you can give to your father.

A stereotypical French gift is the tie (or necktie), known as a cravate.

Additionally, the French give roses to their fathers. If your father is still alive, you give him roses rouges, or red roses (actually, the direct translation is “roses red”). If your father has passed away, you deliver roses blanches, or white roses, to his grave.

Of course, the best gift for Father’s Day is to give him your time, or temps. There is nothing like taking your dad out to a nice French meal and telling him how much you love and appreciate him! 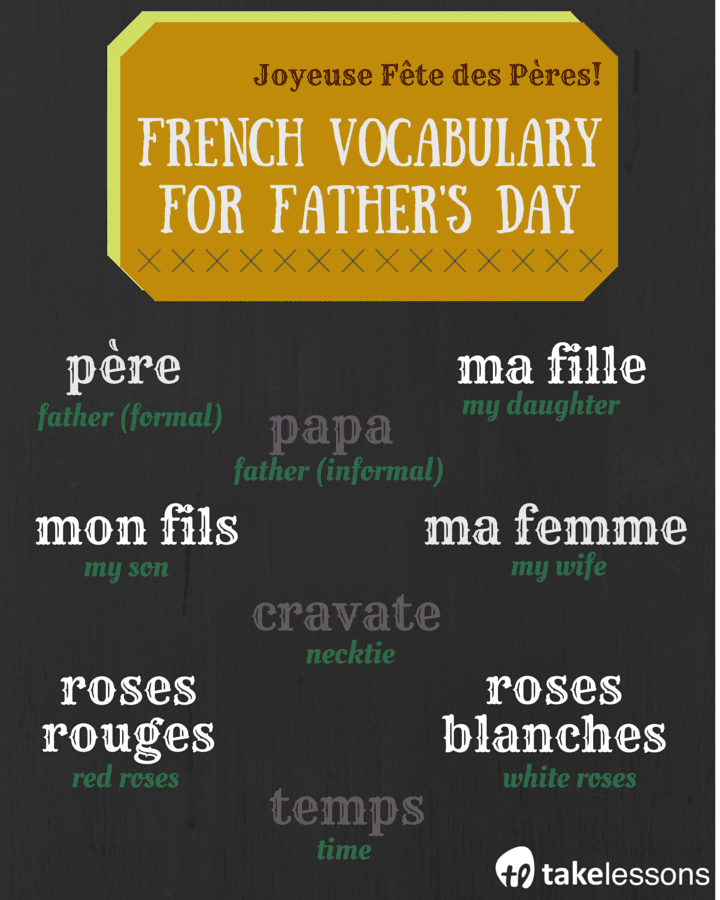 What all fathers really want to hear is that you appreciate their efforts on your behalf. To thank your dad for everything he has done, you would say, “Merci beaucoup.”

To tell your father that you love him, you would say, “Je t’aime, papa.”

And last but not least, an important phrase for the day will be Joyeuse Fête des Pères, or “Happy Father’s Day!” 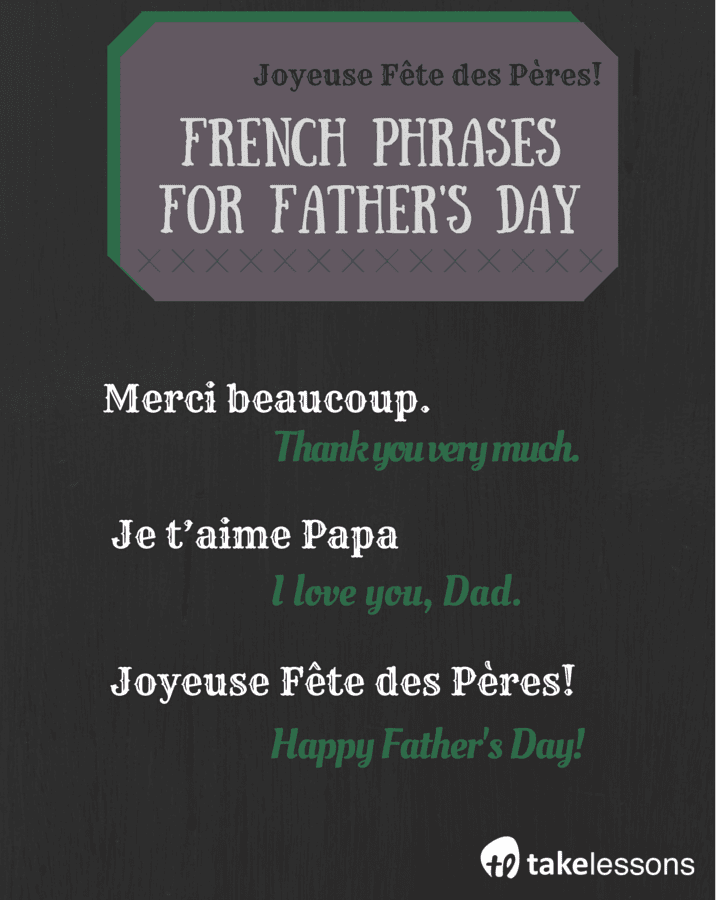 To show your dad what you have learned from your French studies, impress him with more than just the typical present. Tell him what he means to you using French vocabulary for Father’s Day!