Ready for a blast from the past? Guitar teacher Collin K. shares five easy guitar songs for beginners that will take you back to the 90’s…and a few more modern tunes to learn, too!

From grunge to ska punk, the 1990’s were a diverse and exciting time for rock music. Some songs stand out in particular for their highly creative, yet not-so-difficult guitar work. In this article, I will give you the tools you need to get playing five of the most iconic 90’s rock songs!

Before we begin: This article uses chord diagrams and tablature for notation. Tablature is an easy shorthand that shows you which fret on which string to put your finger, but it doesn’t give you any information about rhythm. I recommend listening to the tracks and getting a sense of the rhythm when you sit down to learn. Don’t worry, it’s easy!

So without further ado, let’s dive into this list of super easy guitar songs for beginners!

What is an Easy Song to Play on Guitar? 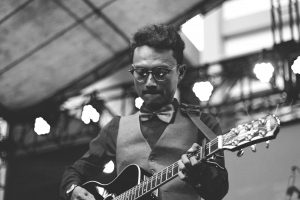 Here are some easy songs to learn on guitar for beginners:

Of course, as you can see, all of these songs are straight out of the 90s. If you’d rather learn how to play music from another period, don’t worry – we’ll give you some other good suggestions in this post, too.

It doesn’t matter whether you want to learn how to play 90s songs on the guitar or you are interested in easy songs to learn on guitar for beginners in other eras. The same advice is true – taking lessons with a talented instructor is the best way to expand your skills.

Not convinced? Just take a look at this video to give you an idea of everything you might be able to gain from guitar lessons:

You’ll go from beginner to pro in no time! 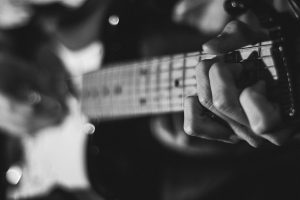 There are a couple of techniques that defined 90’s rock.

Two-string melodies, like the intro guitar lick, rely on the player holding his or her fingers down over two strings at the same time so that both continue to ring out after they are plucked. In this case, use your index finger to hold down the eleventh fret on both strings.

Easy Songs to Play on Guitar for Beginners – From the 1990s! 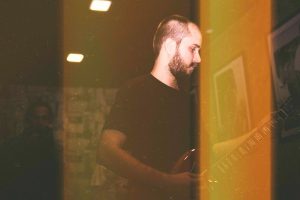 Do you love the music of the 90s and are you looking for easy songs to learn on guitar for beginners? If so, this list is a great place to start.

We’ll not only give you ideas for some songs you can learn but also provide you with easy guitar songs for beginners chords – learning how to play the guitar has never been this easy.

1. “Today” by The Smashing Pumpkins

One of The Smashing Pumpkins’ radio hits from Siamese Dream, this track features a powerful wall of guitars and a catchy chorus. It’s also a great way to get accustomed to two guitar techniques that defined 90’s rock: two-string melodies and barre chords.

Eb Bb Ab
Today is the greatest day I’ve ever known
Eb Bb Ab
Can’t live for tomorrow, tomorrow’s much too long
Eb Bb Ab Eb Bb Cm
I’ll burn my eyes out before I get out

Eb Bb Ab
Today is the greatest day I’ve ever known
Eb Bb Ab
Can’t wait for tomorrow, I might not have that long
Eb Bb Ab Eb Bb Cm
I’ll tear my heart out before I get out

Placing your finger down across the entire neck can be tricky at first, but keep practicing, and it will pay off! This technique is very common. If you can’t do it at first (and there’s no shame in doing this!), you can substitute the barre chords for power chords. Power chords are basically just barre chords that omit everything but the first two or three strings, resulting in an “open” sound that goes great with a ton of distortion.

Everyone’s learned this song at some point – it’s practically THE acoustic guitar song of the 90’s. Central to the song’s playing technique is its exclusive use of G position chords in the verses. These are chords that revolve around the open G Major chord position. Basically, it means that your last two fingers don’t ever have to leave the third fret.
G Major, A7sus4, Dsus4, Em7, Cadd9 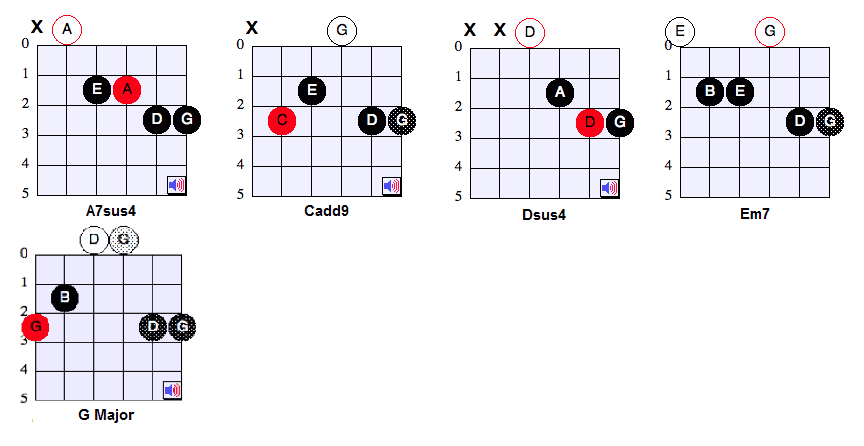 This technique sounds really cool, and it makes the song easier to play since you only have to move two fingers!

Oasis plays “Wonderwall” with a capo on the third fret, but this isn’t necessary. Play it wherever you think it sounds good!

No 90’s list is complete without mentioning this track – it should probably always be number one! “Teen Spirit” is all about power chords. They’re played with heavy distortion during the chorus, punctuated by the simplest possible, two-string melody during the verses.

And the verse guitar melody:

It’s actually that simple! Use your index finger to hold down both strings at the same time. Halfway through each verse, Kurt speeds it up into double time, so listen for the rhythm!

Another plus – the guitar solo in this song is the same as the vocal melody! Try to sound it out as you play along. Getting used to hearing melodies as you play them will help you quickly improve your soloing skills.

Like Nirvana, Green Day takes inspiration from their punk rock predecessors in the 1980’s. This means power chords! “When I Come Around” is a very straightforward song, but it’s still so catchy!

Also important when playing this song – the verses make use of extensive palm muting. Palm muting is a technique where you use the side of your right hand to slightly muffle your strings while you strum. Try to keep your picking hand as relaxed as possible, so that you can keep the mute on when necessary and then take it off to let the chord ring out.
F#5, C#5, D#5, B5, G#5 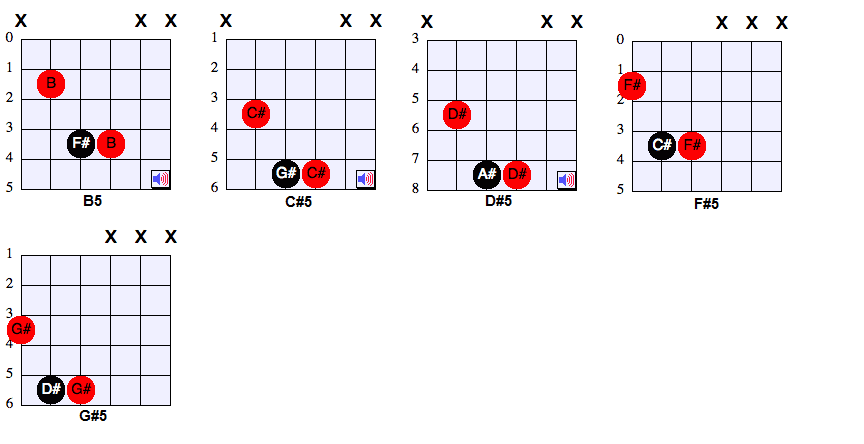 With equal parts reggae and punk rock, Sublime ruled the SoCal scene in the early 90’s. This song is unbelievably fun to play and reasonably simple, too. However, this last technique may take a little while to get the hang of.

It’s called the “ska upchuck”, and it’s what gives a lot of ska (and reggae) music its characteristic guitar sound. After each time the player strums a chord, the picking hand is brought up quickly on an “upswing” to hit the strings once again. This time, however, the strings are muted with your fretting hand, resulting in a “dead, scratchy” sound.

Try it with any chord you like! Listen to Santeria to get the hang of the rhythm. This technique works especially well on the highest three strings, so try these chord positions first:
E Major, G# Major, C# minor, B Major, A Major

E
I don’t practice santeria
G#
I ain’t got no crystal ball
C#m
I had a million dollars but I’d,
B
I’d spend it all
E
If I could find that Heina
G#
And that Sancho that she’s found
C#5
Well I’d pop a cap in Sancho and I’d
B
Slap her down 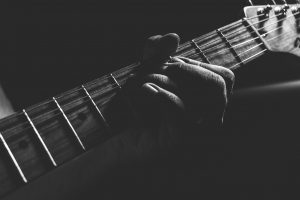 If you’re not interested in sticking solely to 90s songs, consider this list of the best acoustic guitar songs beginners can master. 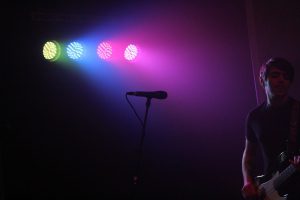 Many of the easy acoustic guitar songs for beginners listed above translate nicely when it comes to learning them on the electric guitar – but that’s certainly not the case with each and every song.

If you’d like to focus your guitar playing efforts more on the electric guitar instead of the acoustic guitar, consider learning the following songs:

What Song Has Easiest Chords? 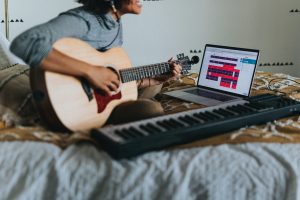 You’re now a master of five 90’s guitar classics! You also got firsthand experience with some of the techniques that defined a decade of music, including barre chords, two-string melodies, power chords, and the ska upchuck.

And if you’re wondering which of these songs is the easiest to learn (and perhaps just aren’t sure where to start), rest easy knowing that any of these songs can be mastered with a bit of dedication.

While this list of easy guitar songs for beginners should provide you with a good starting point on your journey to becoming an expert guitar player, know that there are plenty of options to choose from – and no two songs will serve as the best starting point for every budding guitarist.

Feel free to get creative!

And most importantly, keep playing along to these songs, and you’ll quickly notice it becoming second nature!