Are you interested in leading a band? If so, you’ll want to read these drum major tips first.

Playing in your high school band is a commitment that will give you many fond memories to look back on for the rest of your life. High school is a time to socialize and discover yourself, so if music is something you are passionate about, what better way to express that than by joining the band?

Nothing is more rewarding than working hard with your fellow friends and bandmates to perfect your performance and finally getting a chance to perform it at a competition, football game, or other band-related event.

However, no group effort can reach its full potential without some kind of leadership, and marching band is no exception. This is where the role of the drum major comes into play; the drum major is, among many other things, responsible for leading the band, whether it be during practice or a performance.

Being drum major is a huge honor, but it does not come without hard work, dedication, and practice. If you are considering becoming a drum major in your high school band, below are some drum major tips that will help you reach your goal.

How Do You Become a Good Drum Major? 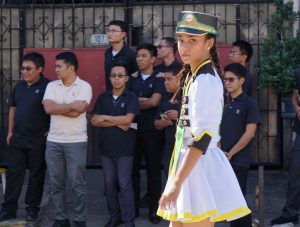 If you want to be successful, you should follow these drum major tips and techniques:

In this post, we will walk you through all the best drum major tips. From how to nail your audition to conducting drum major tips to help you be the best major ever, we’ll cover all the bases.

But first, if you’re not taking drum lessons yet, you should take a look at this video.

It shows you some basics that you can pick up when you start taking lessons in drumming. Mastering the basics is important if you want to be a good drum major!

What Does it Take to Be a Drum Major? 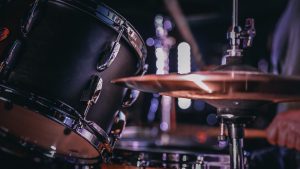 Here are some more drum major tips to pay attention to.

How Do I Become a Drum Major? Drum Major Audition Tips 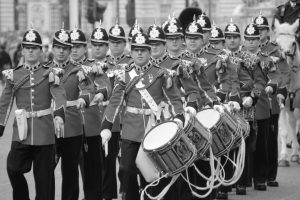 Before you can become a drum major, you need to get through the audition. Here are some of the best drum major audition tips to help you nail the trials.

While the requirements and processes involved in becoming drum major can vary from school to school, there are typically five general areas that candidates will be tested on to prove their worth as a drum major. Keep in mind that these divisions are not set in stone, but the skills involved in each are helpful to master: 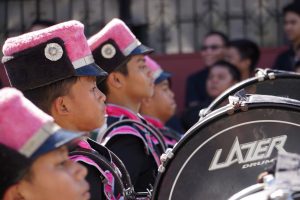 Looking for some drum major conducting tips? Here is some solid advice to follow if you want to be the best drum major possible!

As you can see, being a drum major is about more than just playing the drums or conducting. You also need to serve as a teacher, a role model, a friend, an advisor, and so much more. It’s up to you to keep the band moving forward – and sounding great. These drum major tips should help!

Is Being Drum Major Worth It? 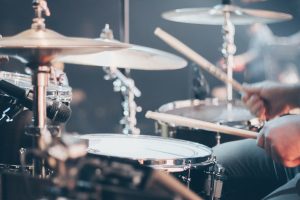 Being a drum major is no small feat – especially if you’re new to the role. At times, you might feel overwhelmed by the responsibility the job involves.

However, it’s important that you don’t get discouraged. Being a drum major is incredibly rewarding – and definitely worth the added responsibility.

Hopefully, these tips for being a drum major have shown you just that.

There are plenty of other drum major tips you can utilize if you wish to become a drum major, but this should provide a good starting point for you. Being the drum major for a band can be a demanding and sometimes difficult task, but it’s a rewarding experience, and something that will look great on your resume!

If you are serious about it, taking private music lessons and practicing regularly is the best way to improve yourself and become the leader that drum majors need to be. Good luck in your musical endeavors, and even if the position of drum major doesn’t seem right for you, remember that there are plenty of other opportunities for musical expression; anyone with passion for music belongs in the band, so find the right position for you and excel at it!

11 thoughts on “So You Want to Be a Drum Major? Tips & Advice for Students”