As a rock drummer, you may feel like you’re always being called on to play the same beat. And let’s face it, playing the old bass-snare-bass-snare groove can get pretty boring. But don’t worry – here, drum instructor Michael P. has three drum beats you can use to give your songs some extra kick…

In the Erlang Kovata song “Death of the Sun,” I use this drum fill in the middle section for a groovy breakdown that contrasts nicely with the heavy, driving verse. Using the jungle beat changes the feel, adds a bit of color, and keeps the song moving. Also, it’s just kind of cool!

A tom beat such as this one can be used anywhere in a song. I like to use them for intros, bridges, and transitions, but it can also be fun to use them for the verse or chorus (think “Voodoo” by the Godsmack or “Everybody Wants Some” by Van Halen). Using a jungle beat in this way can help give a song unique character so that it doesn’t sound like all of the other songs in your set.

To play this beat well, focus on getting a good contrast between the accents and the ghost notes; proper dynamics is what makes this beat really pop. Before you begin to practice the beat, think about your sticking. I actually start by doubling the right hand so that I end up playing the accents with my left, but this may not be comfortable for you. Try different things and figure out what works for you.

I use this beat in the song “Shattered” to make the laid-back feel more interesting to play and listen to. The interesting part is the group of linear 32nd notes in the second half of the phrase. At first, I keep this rhythm between the snare, bass, and hi-hat. Later, I open it up by switching to the ride cymbal and moving the rhythm around to the toms (as written in the notation above).

This beat works both slow and fast. You can come up with endless variations by moving the 32nd notes around the drum kit. It also works well if you add linear articulations into the first half of the phrase (maybe with some snare buzzes).

To play this beat well, focus on getting the 32nd notes to be tight. The beat is supposed to be laid back, not sloppy. It can work if you play it a touch behind the beat. The best way to make sure that the 32nd notes don’t end up feeling mechanical is to work on subtle dynamics. If you’re playing the beat slowly, I recommend using a light touch on the toms.

I use this beat in a song called “Swimming Through Glass” to give the piece a progressive and driving feel. The second variation is neat because it takes advantage of the ride bell. Both beats are accenting the rhythm in the guitar, which can work really well if both musicians are locked in. I’ve written it down in 12/8, but it could just as easily be written in 4/4 using triplets.

The triplet feel of this beat is a cool way to change up the monotony of straight 4/4 time. In addition to working in a verse or chorus, this beat is great as part of a bridge or instrumental transition, or as the underpinning for a guitar solo.

To play this beat well, focus on getting the rhythms really tight. Focus especially on making sure that the bass drum and hi-hat hits occur precisely together, otherwise it will sound wacky.

For any beat that you play, you should practice with a metronome. Start slowly, and then build up speed as you get more and more comfortable.

Try to incorporate these drum beats when you play and see if you like them! Let us know what you think in the comments below.

Now that you’ve got these down, pick some songs to play from our ultimate list of drum songs.

Need some help with your drum beats and grooves? Sign up for lessons with a private drum instructor today! 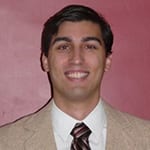