Can’t stop singing “Uptown Funk” by Bruno Mars and Mark Ronson? It’s been stuck in our heads for weeks! If you covet the amazing vocal skills of Bruno Mars, read on for helpful tips from Glendale, CA voice teacher Ben M…

Mark Ronson and Bruno Mars’ killer new hit, “Uptown Funk”, is all over the airwaves this month. The production is lush and the instrumentation is a perfect mix between classic ’80s and the newer influences of pop music. But without a doubt, the standout instrument on the song belongs to Bruno Mars. His voice soars over the band, building energy throughout the song with effortless grit but smooth delivery.

When I ask my students whom they want to sound like, Bruno Mars is the one of the most common responses I receive. And I can’t argue with them. Besides being one of my own vocal inspirations, he exerts a masterful control over his voice that is undeniable and certainly enviable. And as I tell my students, it’s absolutely possible for any singer to gain that same sort of power and vocal control. You won’t necessarily end up with Bruno Mars’ sound, but you will develop your own polished voice that attracts an audience of its own.

Some say that learning to sing is a very complex process. And while there is much to consider when training your voice, almost every exercise and technique you learn will be in pursuit of one goal: relieving tension. It’s an ongoing battle for all singers, from beginners to seasoned professionals.

It breaks down like this: your upper body can be thought of as one large resonating chamber. Once air passes through your voice box, the tone you create is free to reverberate off anything it passes before it exiting your mouth.

The three primary resonators are:

Learning to shift between these three resonators is the holy grail for the master singer. A voice that has a measured combination of resonances is called a “mixed voice,” a frustrating term for many aspiring singers because the concept is somewhat abstract.. But the good news about “finding your mix” is that it will come to you all on its own. It’s as simple as allowing the voice to roam free by releasing the tension that exists all throughout your upper body.

So, how do we accomplish this? The first step is by manually relieving tension to prepare the body to sing. There are more than a few areas that need attention, but here are three of the prime suspects and the cues you can give them to relax.

Think of these techniques as the stretch before the workout. The next step is to work with a vocal coach who can teach you vocal exercises that – with time and repetition – will re-coordinate your muscles to relax and stay relaxed. Eventually, this relaxation becomes second nature, and you’ll be able to unlock that elusive “mixed voice” that will take your singing career to the next level! And who knows, you might have the next hit just like “Uptown Funk”! 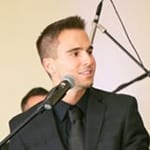