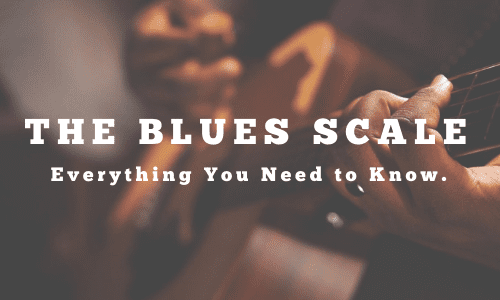 Learning the blues scale on guitar is something of a rite of passage for every guitarist. If you’re a beginner with reasonable dexterity and you’re serious about learning, you’ll find the blues scale to be extremely useful.

For intermediate guitarists, this scale is essential, but it’s also important to understand that scales are merely the alphabet of the blues language. It’s important to go beyond that and play real blues melodies as well, so you can start to better understand the style.

In this article, we’ll talk about the technique for learning the blues scale, as well as some more advanced theory on how to apply it to real music.

What is the Blues Scale?

In its simplest form, the blues scale is simply a pentatonic scale. That might sound complicated, so let’s break down the theory.

The gaps between the groups of black keys show you something very important about the scale. Some of the notes are farther apart than others. This is because there are two types of “intervals” (or, spaces between notes) in the pentatonic scale. There are whole steps and minor thirds.

Whole steps and minor thirds are also referred to as “steps” and “skips.” Being aware of this pattern of steps and skips is the most important aspect of learning the blues scale.

Practice with the Pentatonic Scale

Let’s put the theory we’ve just learned into practice. The main resting or finishing note of a key is called the “root.”

So in the key of A minor, the interval pattern from the root  is:

The same interval pattern would apply to any key, so even if the notes change, the sound of the scale will be similar. In other words, the interval structure is what determines most of the mood of a scale.

When you go to learn this on the guitar, the main thing you will learn to do is memorize “boxes” or patterns of whole steps and minor thirds that go across the strings.

We will talk about these more in the next section, but realize that it is an incredibly important and fundamental exercise to master at least one pentatonic box that you can use for playing songs.

Difference Between the Pentatonic & Blues Scales

For example, in A minor, you’ll add an Eb in between D and E. So the interval pattern for the blues scale in the key of A minor would look like:

The reason this extra note is present is because it has a special place in a lot of blues melodies. It’s important to mention that it’s not enough just to have the extra note in the scale. The way you use it to create the blues sound is to play it in blues licks.

The best way to understand this is to learn the scale, and then play songs that use it so you can see the way it gets applied.

Playing the notes of the blues scale in totally random ways does not produce a “bluesy” sound; only playing the scale in the way it shows up in the traditional canon of songs will get you to the right place as a blues guitar player.

The Blues Scales in Common Keys

When you start out learning the blues scale on guitar, you will want to learn the scale in the most common keys that it’s played in. Let’s start with the E blues scale.

This scale is usually considered the easiest to start with because it uses open strings and gives your fingers more time to adjust to changes. 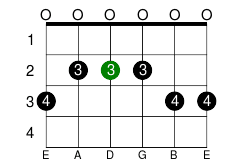 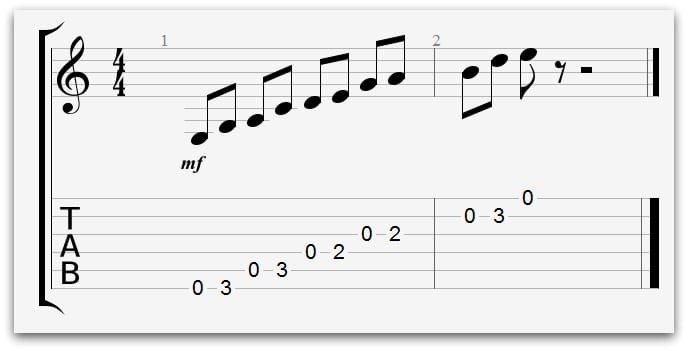 If you want to play in most of the keys of the blues though, you need to learn the scale in a position that doesn’t use any open strings…

The thing that is so nice about the guitar is this: once you know this shape, all you have to do is move it around to the key you want to play in! 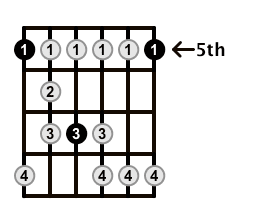 Here is what the A blues scale looks like in tablature.

Here are charts and tabs for two more of the most common keys. Give them a try and see if you can transfer the shape just by finding the root/starting note on your thick E string.

Practicing the Blues Scale on Guitar

Practice these scales in a way that inspires you. There are plenty of fun ways to master the blues scale on guitar, and you should choose the ones that inspire you the most.

Remember: motivation comes from action! Here are a few ideas to get you started.

Knowing the blues scale is like knowing the alphabet, and life is a lot better when you can spell! This scale gets used with specific licks and phrases that define the blues sound, and having a teacher to help you see the connection between the scale and the music can be very helpful.

If you would like to find someone to help you take your blues skills a step further, look for a guitar teacher at TakeLessons. A local or online teacher will help you stay motivated as you progress, and give you more fun ways to practice all you’ve learned!