Want to learn how to play songs on the piano from your favorite movies? In this week’s guest post, our friends at Tomplay share the seven best soundtrack pieces to play on the piano...

Whether you’re a total beginner or a seasoned professional, it’s important to have a diversified repertoire to be able to choose music that fits a certain mood or appeals to a particular audience.

It seems obvious that an audience at a jazz club might prefer to hear jazz over classical, teenagers at a coffee shop might want to hear arrangements of pop tunes, and your family at a holiday party might want to hear Christmas carols (or music related to whatever holiday you may celebrate).

Soundtrack music from movies is a genre that fits a variety of playing situations, and the pieces can often be changed and arranged to sound different than the original score.

What Are the Most Beautiful Piano Songs from Movies? 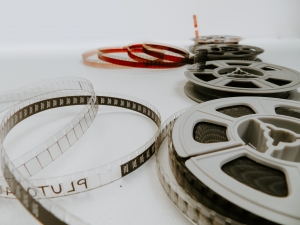 Some of the best soundtrack piano pieces you can play include:

Of course, the list doesn’t end there. We’ll tell you all about some other great soundtrack piano songs later on in this post.

The best way to learn these beautiful pieces? By taking lessons! If you choose to take piano lessons from a professional, you’ll learn how to play all the songs from your favorite movies – plus other classic tunes as well. You may even learn how to improvise, too, as you’ll see in the video below:

Below are seven famous soundtrack pieces that are great to learn on the piano, and some tips on what’s behind the music: 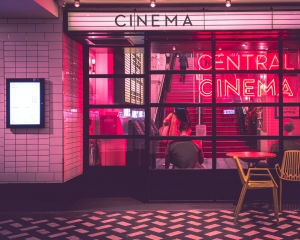 Starting off this list of soundtrack piano songs is James Horner’s memorable theme from the movie Titanic.

The infectious melody and romantic lyrics, originally recorded for the film by Celine Dion, are very popular among audiences comprised of people who were teenagers growing up in the 90s. It’s also popular with anyone who may have enjoyed the 1997 blockbuster love story.

Musically, the song creates a lot of interest as it begins in the key of E major, modulates to F minor in the last chorus, and finally ends in the key of Ab major.

It is a fantastic piece to play with an accompaniment, vocal or other instrument. It can be tweaked in some ways to suit your playing ability, such as removing embellishments like the quick scalar descending lines in the opening theme.

The main theme from Disney’s Pirates of the Caribbean, titled as “He’s a Pirate,” is a progressive piece that is instantly recognizable for its catchy melodies and dynamic contrast.

The original score in the film features a full orchestra, but playing this piece on the piano alone is a surefire way to get an audience excited about your playing, especially if there are kids in the audience (who doesn’t love a good pirate adventure?).

Due to its quick pace, a good practice method to help tackle this piece is to start slow and gradually raise the tempo. This is done as your right and left hands can work independently.

Comptine d’un autre été : L’après midi is Yann Tiersen’s piano piece written for the French film Amelie.  It is a somber sounding piece in the key of E minor.

The first section begins with a beautiful motif in the right hand, and changes to a quicker syncopated right hand part in the second section, while the left hand continues the ostinato of the chord progression (i, III, v, VII or Em, G, Bm, D).

The piece is in binary form, which means that it is comprised of a A and B section. The B section occurs when the whole piece is repeated, with the right hand being played one octave higher.

Perfect for fans of the classic gangster movie The Godfather, “Speak Softly, Love,” was composed by Nino Rota, with lyrics written by Larry Kusik.

Layered with intricate harmonies due to the use of accidentals, triplets in the left hand, and octave movement with syncopation in the right hand, a piano arrangement of this beautiful song is best attempted slowly, like the Pirates of the Caribbean theme, due to its complex nature.

The song has been translated into many languages including English, Italian, Sicilian, French, Spanish, and Ukrainian, so you can really get creative by arranging a variation featuring verses in multiple languages.

While notated in the key of E minor, Mancini uses chromaticism to create the interesting harmonies in the theme, which evokes a sound like the blues scale.

The theme can be easily recognized at first by its signature perfect 5th chromatic slide to the E minor harmony (though omitting the third to keep the perfect 5th) in the left hand.

While you practice this piece, try breaking it into four measure sections as you bring the right and left hands together, so you do not overwhelm yourself reading the accidentals and syncopated rhythms.

6. “Concerning Hobbits” from The Lord of the Rings

“Concerning Hobbits,” sometimes referred to as The Shire theme, is Howard Shore’s acclaimed piece from the trilogy The Lord of the Rings, which is a film adaptation of J.R.R Tolkien’s fantasy novel of the same name.

This is a recognizable theme used throughout the films (especially the first film in the trilogy, The Fellowship of the Ring). Set in the key of D major, this piece is great for pianists of all skill levels, as it can be reduced as necessary to accommodate.

A beginner player could, for instance, simply play the main theme in the right hand and hold whole note chords in the left hand.

On the other hand, a player who is more comfortable with left and right hand independence could arpeggiate the harmony in the left hand, as written and as heard in the opening of the piece.

This simply would not be a popular soundtrack list if we did not include a piano song soundtrack from Star Wars.

“The Imperial March (Darth Vader’s Theme)” is sure to please audiences spanning many generations – which makes total sense as the original Star Wars trilogy was released in the 1970s and 80s, the prequel trilogy in the 90s and 2000s, and Disney’s recent release of Star Wars: The Force Awakens in December 2015.

Williams composed the piece around a recurring theme (leitmotif) associated with Galactic Empire, Darth Vader, or the dark side of the Force. It is heard, in full or in part, throughout the original trilogy, prequels, and as a very brief adaptation in The Force Awakens.

The March is set in the key of G minor. Beginner pianists can get started by just learning the leitmotif, which can be broken into five shorter ideas. 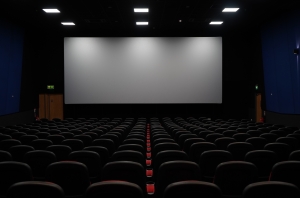 We told you about our top seven favorite piano song from soundtrack choices, but there are plenty of others to choose from. Here are some of the best. 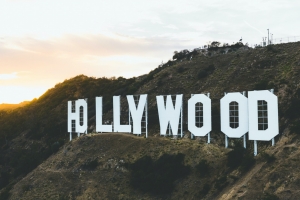 Feeling romantic? Learn how to play these famous love songs from movies: 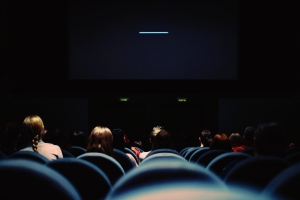 If you’re feeling a little melancholy, you’ll want to learn how to play these sad soundtrack piano songs: 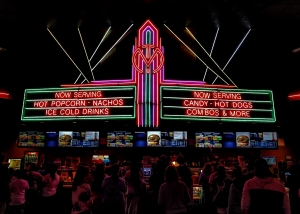 Hopefully this list gets you started learning a few famous soundtrack piano songs that you can dig into regardless of your proficiency on the piano.

If you have any favorites that we missed, let us know in the comments!

And be sure to sign up for piano lessons so that you can start making beautiful, cinematic-sounding music in your own living room!

Jack McCarthy is a featured writer for Tomplay interactive sheet music app; pop and classical scores for piano, violin, and more, accompanied with real recordings by professional musicians. Jack is also a singer and songwriter, based in Philadelphia.