Move over, French; you’re not the only beautiful language in town. The Spanish language has countless pretty words and phrases to explore and play with. In fact, scientists have even deemed it the happiest language.

There are so many cool Spanish words to choose from, that it’s hard to narrow it down to just 50 of the most pretty-sounding ones! Spanish is a beautiful language, and as you listen to native speakers, you’ll notice how elegant it can sound. Even ordinary words like “shoes” and “money” sound delightful in Spanish.

The more you familiarize yourself with this language, the more you’ll realize just how lovely it is. Pretty Spanish words like “precioso” and “rosado” will simply make you swoon. Add words like “palabra” and “corazon” into your vocabulary, and you, too, will agree that it’s a happy-sounding language.

Not only is Spanish a cool language, but it also has a logical structure. Pair that with the many Spanish-English cognates, and you can see why it’s one of the most popular languages to learn. Not only is the language fairly easy to begin learning, but you’ll start having fun with it as soon as you begin picking up words.

As you learn Spanish, you’ll come across many words that stand out – whether for the melodic way they roll off your tongue, or their meaning. And some are just darn right fun to say.

Explore our infographic and list below and begin building these beautiful Spanish words into your vocabulary and conversations.

How to Use These Cool Spanish Words

Are you ready to start incorporating these pretty Spanish words into your conversations? Here are some additional tips to keep in mind as you study these fun vocabulary words.

Good luck studying these beautiful Spanish words, and have fun along the way!

Readers, what other cool Spanish words would you add to this list? Leave a comment and let us know. 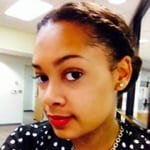